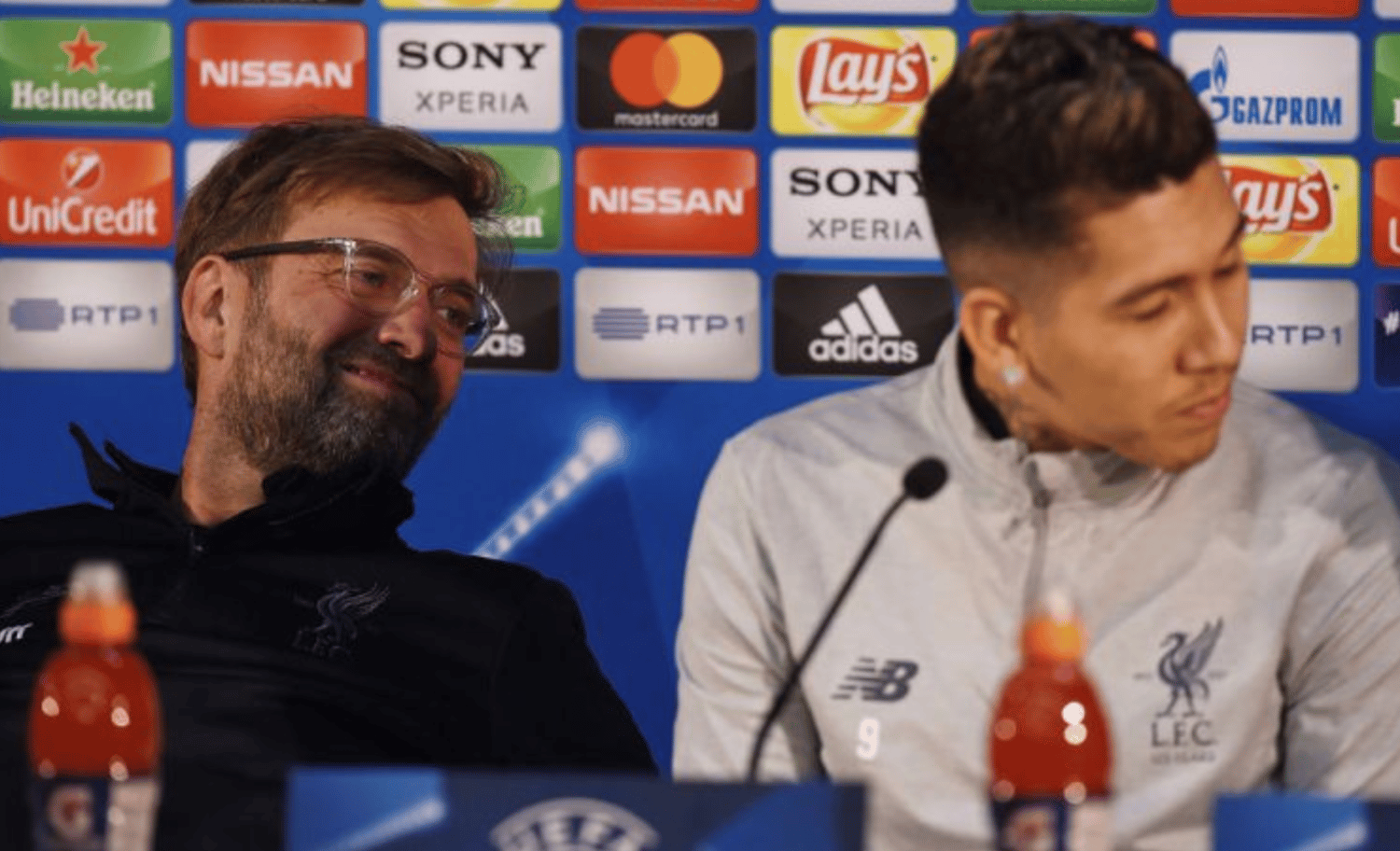 Liverpool manager Jurgen Klopp and striker Roberto Firmino spoke to the media ahead of Wednesday night's fixture against FC Porto in the Champions League.

The duo spoke on a variety of issues ahead of the Champions League round of 16 tie. Klopp was keen to highlight the Brazilian's importance to the team.

"I don’t think he has stepped up but maybe it is more obvious because his situations are not overshadowed by Phil Coutinho’s situations. That’s how it is. That is all," said Klopp.

"He’s a very important player and he doesn’t always have to be the standout player. As often as he can be, that’s good. I don’t think he’s underrated. Not anymore.

"I don’t know what other people think about Roberto Firmino. I can imagine a bit because you ask me about it. I have no idea. People with a football brain judge him right. That’s how it is."

You can watch the full press conference below.