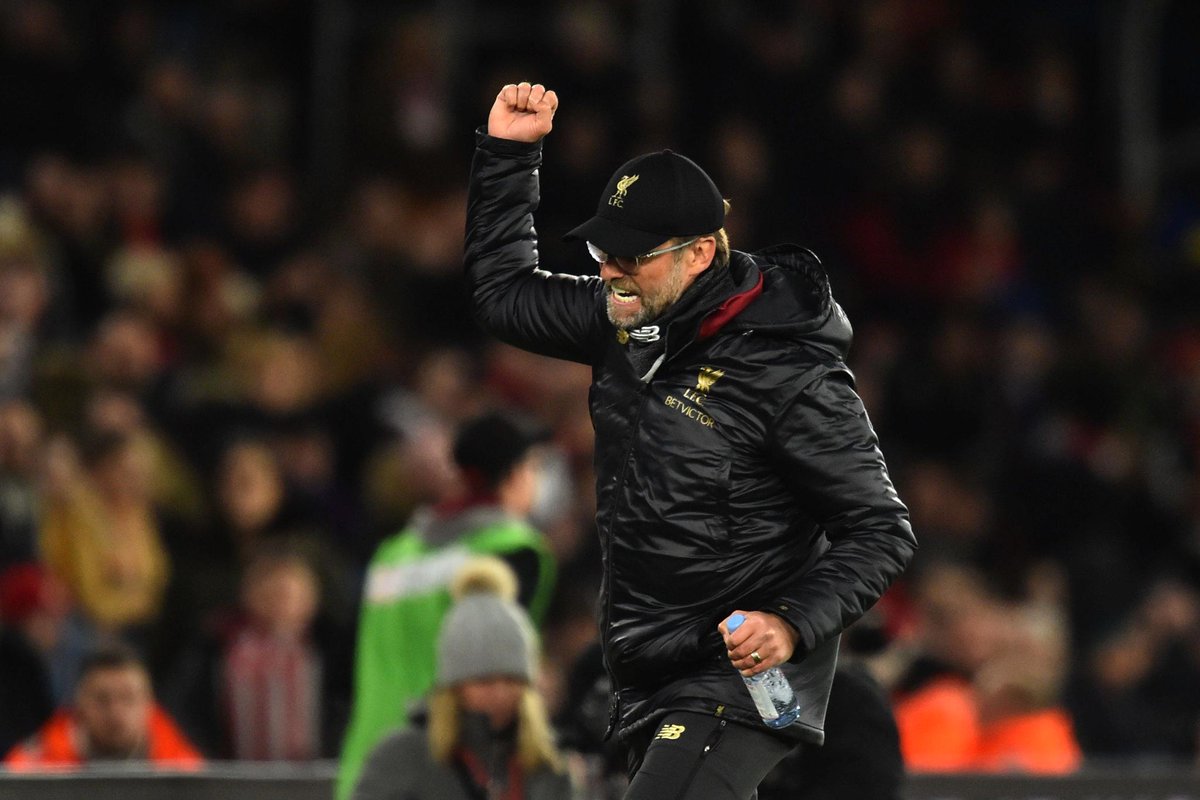 Liverpool manager Jurgen Klopp hailed his side after the Reds came from a goal behind to win 3-1 at St. Mary's on Friday night.

Southampton took the lead in the opening ten minutes via Shane Long, however the Reds responded via Naby Keita's first Liverpool goal to level the scores.

Jordan Henderson and James Milner were introduced in the second-half for Trent Alexander-Arnold and Gini Wijnaldum.

The skipper played in a more advanced role and his aggression and desire was clear from the minute he came on, meanwhile Milner astutely calmed things down on the right side of defence.

With just ten minutes remaining, Mohamed Salah sprung a counter-attack from his own-half, driving towards the Saint's penalty box.

The Egyptian expertly finished into the bottom right corner past goalkeeper Angus Gunn to give the Reds a deserved lead, before Henderson wrapped things up with a rare goal to earn all three points. 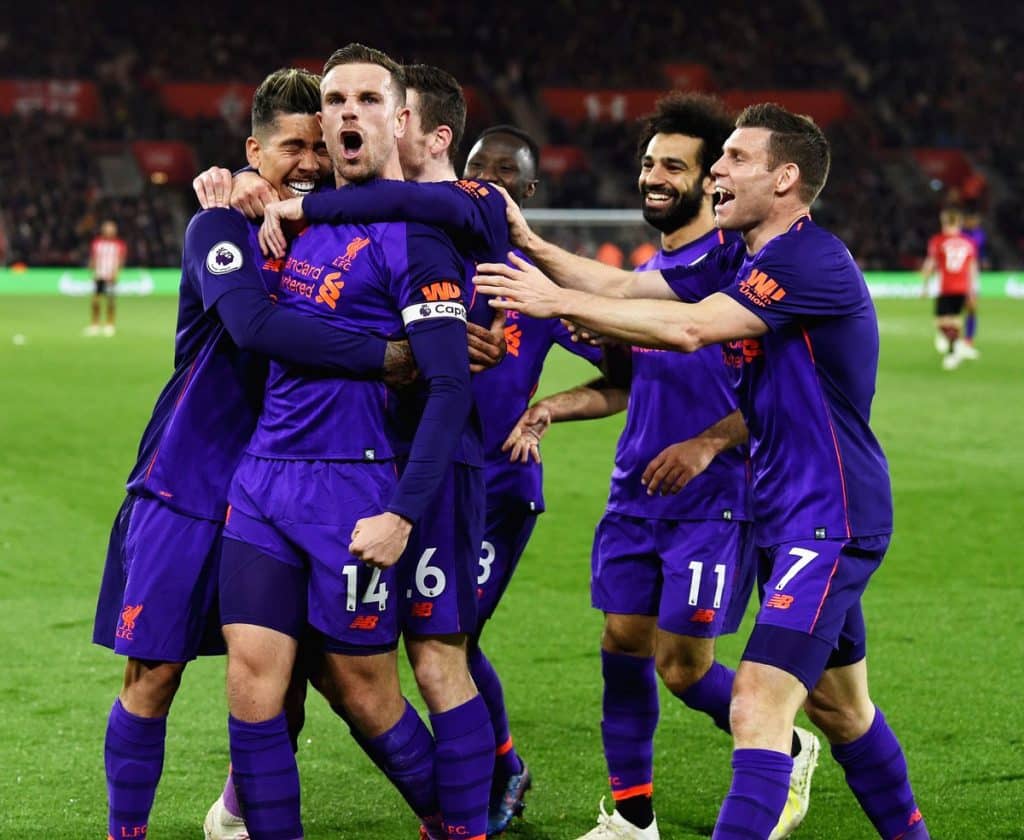 Klopp was full of praise for his side after the game, highlighting their mentality after going a goal behind.

“It was brilliant”, Klopp said after the game. “I told the boys we have a good mentality among us.

“We were well organised, high pressed, being everywhere, but each ball they cleared was almost a counter, we have to adjust that. They scored a nice goal, not world-class defending but we stayed calm.

“[We] work for the moment, not wait for the moment. After 1-1 at half-time, we went again, the game calmed down then was decided with two outstanding counter-attacking goals.

“Mo Salah could not pass for his goal, go, go, go and world-class finish. I am really happy with the performance, we knew it would be difficult so winning here is not easy but we did it.

”A few boys need treatment tomorrow, the performance was not top level but it is about fighting.”

Whilst Manchester City have cruised to victory of late, Klopp insisted that Liverpool are 'unable' to play the way City do, but he is "really proud" of his side so far this campaign.

“People want us to play like Manchester City, we are unable to do that, we play our own football,” he said.

“We have 82 points now, that is massive in this crazy league and everyone is waiting for us. I am really proud. It is incredible. 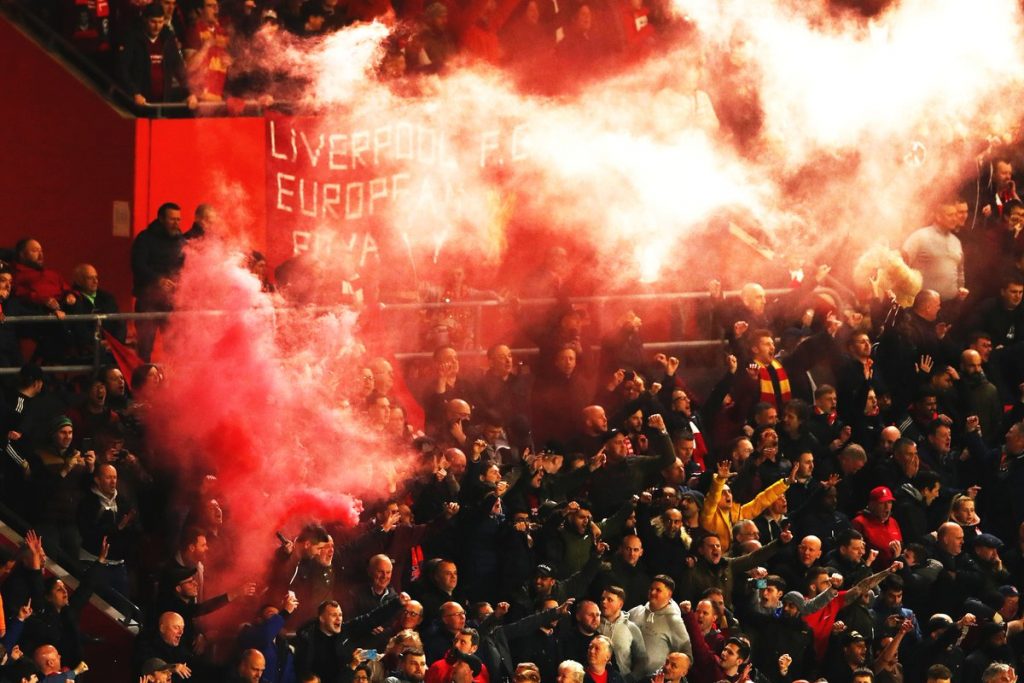 ”We had to be more lively, Trent Alexander-Arnold and Georginio Wijnaldum were struggling with the intensity of the season. Jordan Henderson came on and brought aggressiveness, verbal aggressiveness, we had direction again after that.

”We have to work for it, the moment will come but all three goals were brilliant. It is nice for Naby Keita to score the first to show Southampton it will not be easy for them. After that we controlled it more. It was good, I liked it.

”It is a difficult year for everybody, you need to have 70-75 points for the Champions League and 90-something for the the title. We are in the race and that is nice.”

Liverpool move back to the top of the Premier League table, having played a game more than Manchester City. The onus is now all on Pep Guardiola's side to respond.

The Reds now face Porto in the Champions League quarter-finals first leg at Anfield on Tuesday, before returning to Premier League action at home to Chelsea next Sunday.