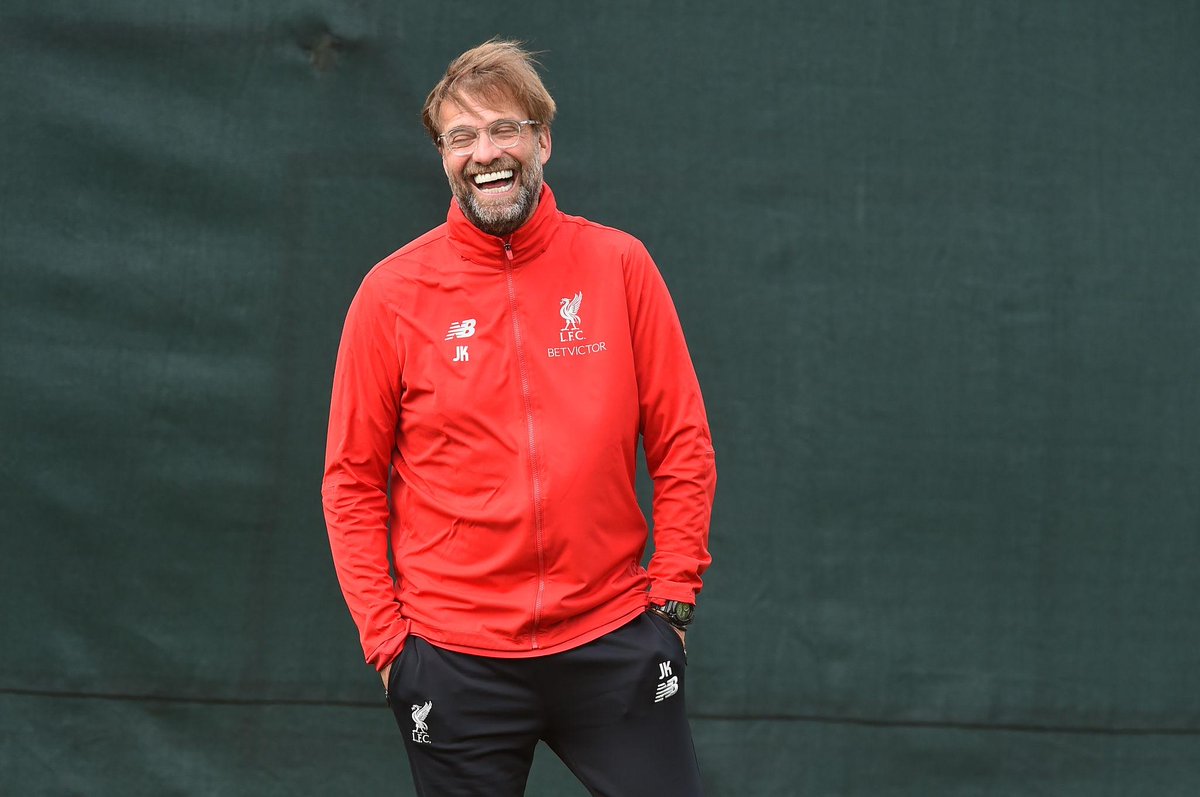 Jurgen Klopp says Liverpool were "a sleeping giant" when he he joined as he revealed what the biggest changes at the club have been since his arrival.

The Reds manager spoke to Soccer AM in a revealing and fun chat as he answered a range of frequently asked questions about him.

A Sit Down With Jurgen Klopp

Klopp, when asked about how he has transformed Liverpool since arriving at the club in 2015, explained how he took his time to understand the underlying issues before enforcing any changes.

"We found a sleeping giant - people were in a good mood but not the best mood, which is normal when you change a manager; something went wrong before," he said.

"I didn’t change a lot in the beginning, I just wanted to learn about the club and what happened so far and why it didn’t work out. Everyone knows how good of a manger Brendan Rodgers is, so I knew it wasn’t about Brendan. So when he left, it must mean there was something else [that was wrong]. "So we tried to understand and then change it step-by-step. At the moment, what the biggest change I've felt is, is the atmosphere at Melwood. We all love coming here every morning.

"The club also gave us such a wonderful opportunity by going to training camps in Tenerife. All the staff and the families come with us and so we’re really close here, we know everything about each other. It’s really nice.

"It’s our basis every day to go out there to fight for ourselves, fight for our families and all the fans. Apart from that, the football [is the biggest change]. I’m not a genius but the better the players are, the better we can play football.

"We already had really good players and then we brought in some more players. We love the situation right now and we love the moment but it’s not even half-way finished. We really feel on a proper wave but there’s still a lot more to come and I’m really looking forward to it.

"I don’t know what we transformed but we love what we do and that’s a good basis for everything."

The boss also revealed how he has conversations in French with midfielder Naby Keita, who arrived at Anfield last year without a good grasp of English.

Inevitably, one of the most searched questions about Klopp was about his teeth, with the boss insisting Roberto Firmino was not the motivation behind his new look.

"I went to the dentist and I had problems with my teeth. When you’re my age and you don’t always take care of them, you get problems," he explained.

"I had to take medicines and antibiotics but [they still were not in the best shape], so I asked if we could do something new, like crowns.

"It was not as if I saw Bobby Firmino’s teeth and went ‘I want them!’ He has world-class teeth but they are really, really, really white! (laughs) 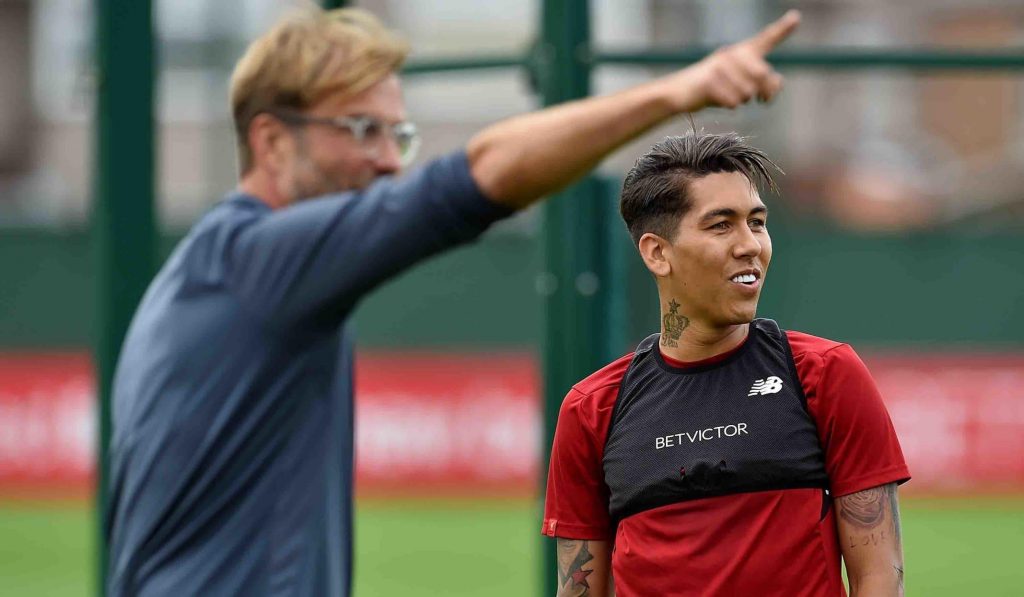 "We don’t talk to each other about our teeth but when he sees me laughing or I see him laughing, we do probably think, ‘Yeah, that’s a proper dentist!’"

The boss' stand-up and light-hearted nature would certainly make him a very interesting person to follow on social media, however he insisted he has no plans to do so any time soon.

“I would never have thought it starts this early for me to say that I’m too old for that shit [but I am]," he said on social media.

"I don’t understand why Donald Trump is constantly tweeting! I don’t think there’s even really a good message in any of it. It’s all like, ‘Wow! He did it!’, it’s a nervous thing or what, I really don’t get it.

"I save myself in an emotional moment (to not say or write anything) because you can’t take it back." 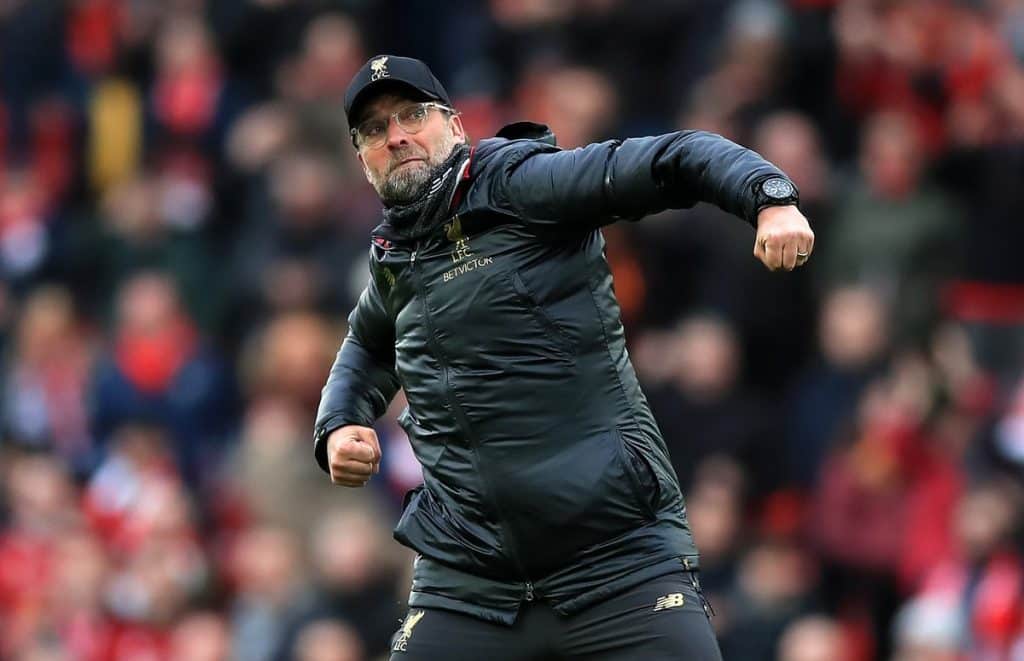 He revealed how he has a Whatsapp group with the rest of his family, but said: "I’m happy when I don’t have to speak! I love the emojis! 99% of the time I respond with just a thumbs up. I got it, all good, we don’t have to talk anymore about it."

Klopp also revealed his favourite film, Forrest Gump, whilst speaking about his affinity for Daniel Craig, one of Liverpool's more recognisable celebrity supporters.

"That’s history, that’s art! It’s Tom Hanks at his best. It took me 10 years to think of him as not only Forest Gump," he said.

"I mainly like action movies like Bourne, Rocky, James Bond. As old as I am, I’ve always wanted to be James Bond! And I even got to meet him (Daniel Craig) - the real James Bond.

"When people meet me they always speak to me about football - but when I met him, I could really speak to him for three hours [about anything]! He’s a really nice fella."

On who would play him in a movie, Klopp suggested Brad Pitt - although he’s "more good looking", saying: "My missus obviously likes him as well, so it would be cool if he could be around!"

You can watch the fascinating interview in full via Soccer AM.