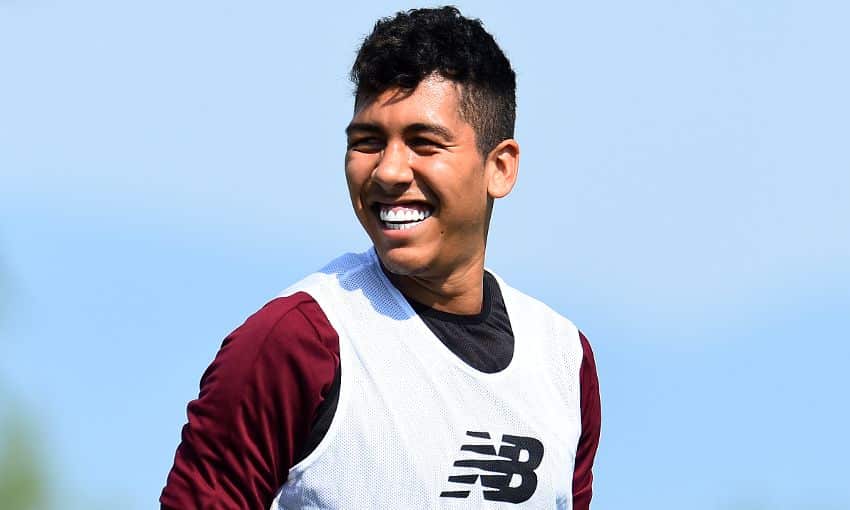 Roberto Firmino could play some part for Liverpool against Napoli on Saturday, for the first time this pre-season.

The Brazilian rejoined the Reds squad in France this week, after his involvement in this summer’s World Cup. He will be looking to step up his preparations to be fit in time for the opening Premier League game of the season against West Ham United.

Firmino and youngster Trent Alexander-Arnold are expected to play a part in Liverpool’s penultimate pre-season friendly against Napoli in Dublin.

Liverpool manager Jurgen Klopp has revealed how he hopes both players will be available for selection when the Reds kick off the new season next weekend.

Asked about Firmino’s availability, Klopp said: “It’s good to have him here, he looks in good shape, and if possible we will see [if he can play against Napoli].

“Training for the outfield players is obviously different than for the goalies, but we want to see him as well against Napoli. We will see for how long.

“When we start against West Ham, he will have had then two weeks after three weeks off, it should be possible but we will see until then.

“In the moment he looks good, his programme is obviously pretty different. He is part of most of the sessions when the boys do something different that is not the highest intensity, so then he needs to do a little bit more, like Trent will do now.

“Step by step, they are all coming back and it’s the best news.”