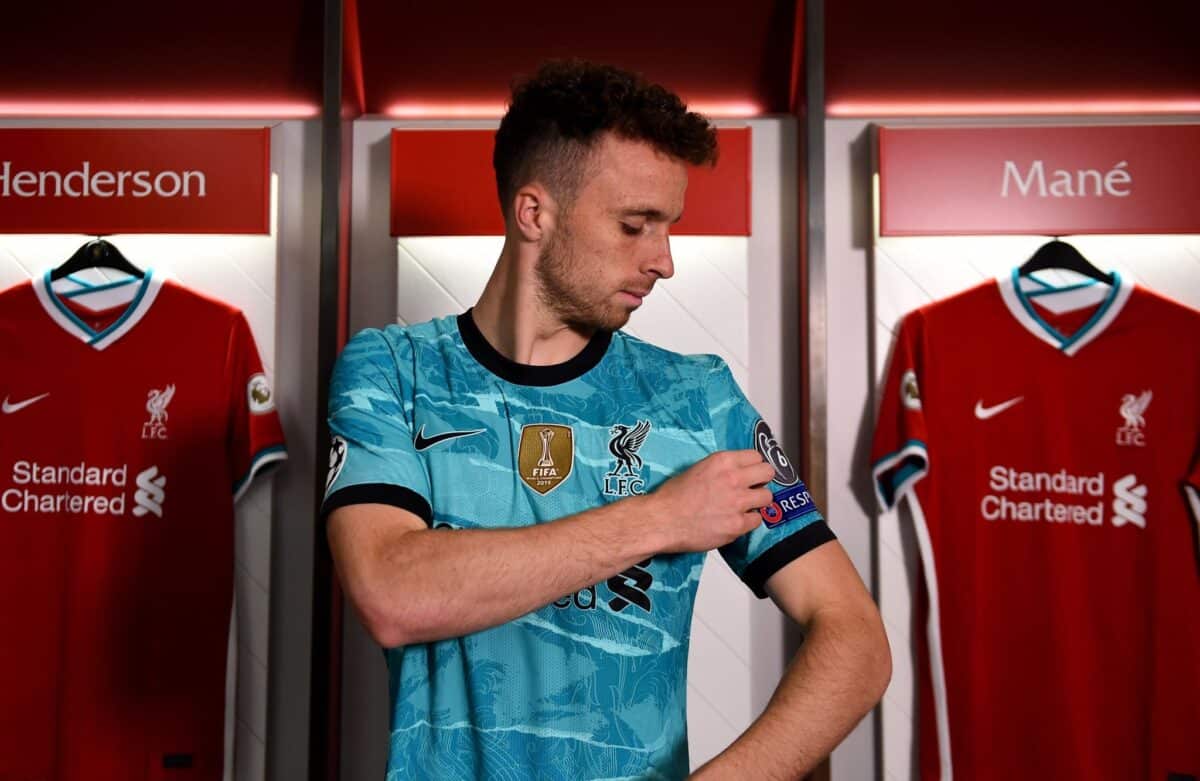 Liverpool manager Jurgen Klopp explained why Diogo Jota was the ideal next addition to his squad following the Portuguese's arrival at Anfield.

Having confirmed the signing of Bayern Munich midfielder Thiago on Friday, the Reds moved swiftly to conclude another deal.

The club announced a £45m deal for Wolves forward Diogo Jota, who signs a five-year deal at the club and takes the No.20 shirt at Anfield.

While Wolves have impressed over the last two seasons in the Premier League, the move is a step-up for Jota, who will provide essential competition to Liverpool's front-three.

"He knows it’s a step for him, he knows that. Of course it is," Klopp told the official website.

"We always talk about these kinds of things; who can improve our team, the team who won pretty much everything last year?

"A lot of things can improve us, just if you want to come and play 500 games in a row then it could be slightly difficult.

"He knows it’s a step for him and he can give us things we don’t have – that’s why it’s cool. The space for improvement is not what I like most, but it’s there.

"He is now already ready to play for us but yes, I’m pretty sure there’s something to come. And the way we play, the way we train and the way we treat people, I think will help him as well. 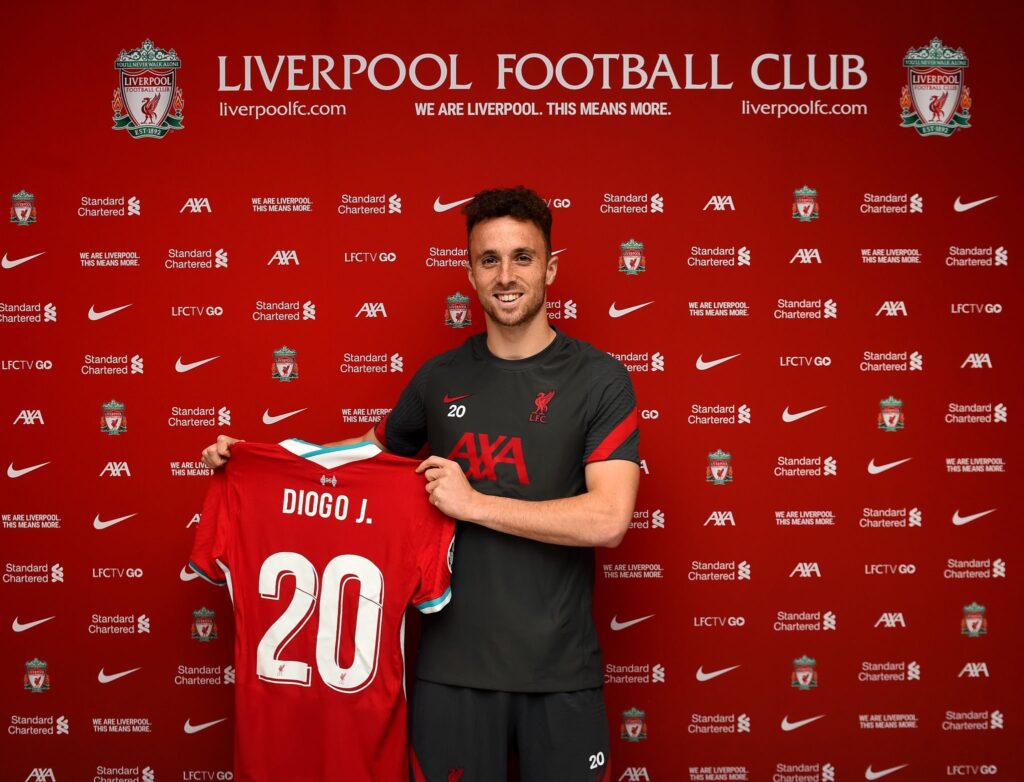 "And, of course, being in a team like this is good because [there are] good players around you, make yourself better. That’s how it will be with him as well and what he will do with us."

When asked how Jota will fit into his side, Klopp highlighted the Portugal international's versatility and how it helps Liverpool be "more unpredictable."

"Oh my god, plenty of reasons! He’s a player who gives us so many options to use him," Klopp said.

"He’s 23 years old, still far away from being kind of a finished article, so much potential. He has the speed, he can combine, can defend, can press.

"It makes it just more unpredictable and gives us real options for different systems because he can play pretty much all three positions up front in a 4-3-3. If we play with four midfielders he can play both wings.

"So, these kinds of things. It’s just nice. And he has some natural things which we have in our game, like this desire and the greed and the direction."

His arrival allows Klopp to rest the likes of Mohamed Salah, Roberto Firmino and Sadio Mane in attack, whilst he can take up a wide midfield role if needed. 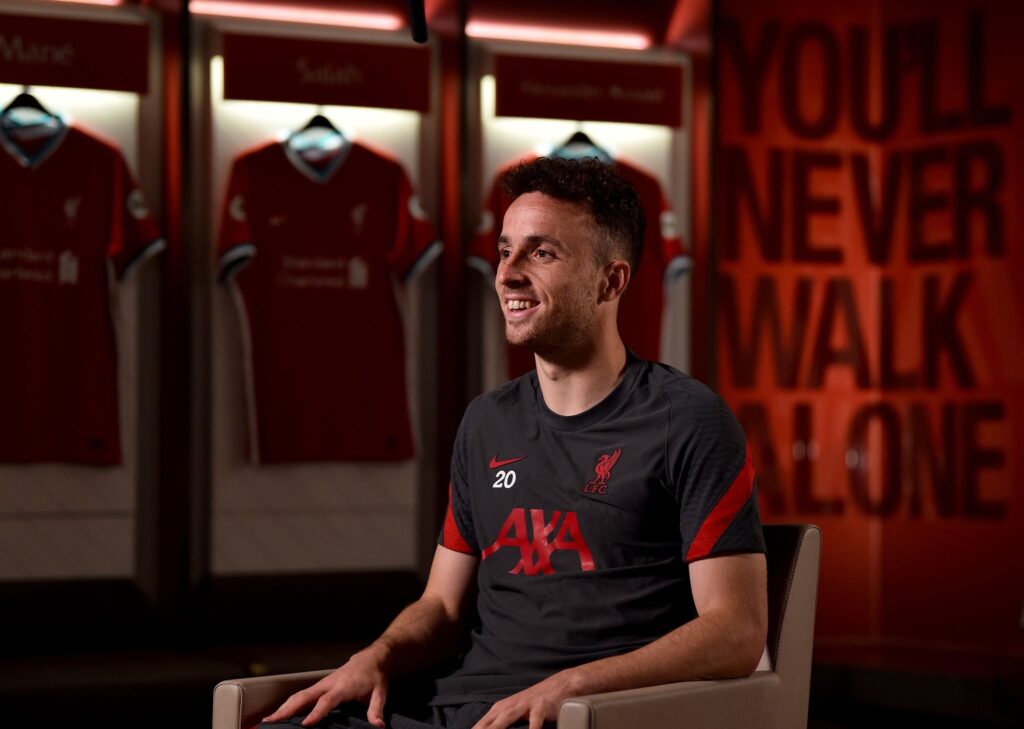 Jota appears to have the attitude that Klopp demands from his players, with the former Atletico player insisting he is looking forward to rise to the challenge.

“They are world-class players,” said Jota. “Every match, they try to win. They score a lot of goals and they work together.

“I want to be one more piece to join that three. That’s what I will do. They are obviously more experienced than me, so the first stage is to connect with them, to learn with them.

“Hopefully I can be a good help for them and the club to win games.”

Jota is likely to be involved in the matchday squad for Liveprool's trip to Lincoln City in the League Cup on Thursday evening.