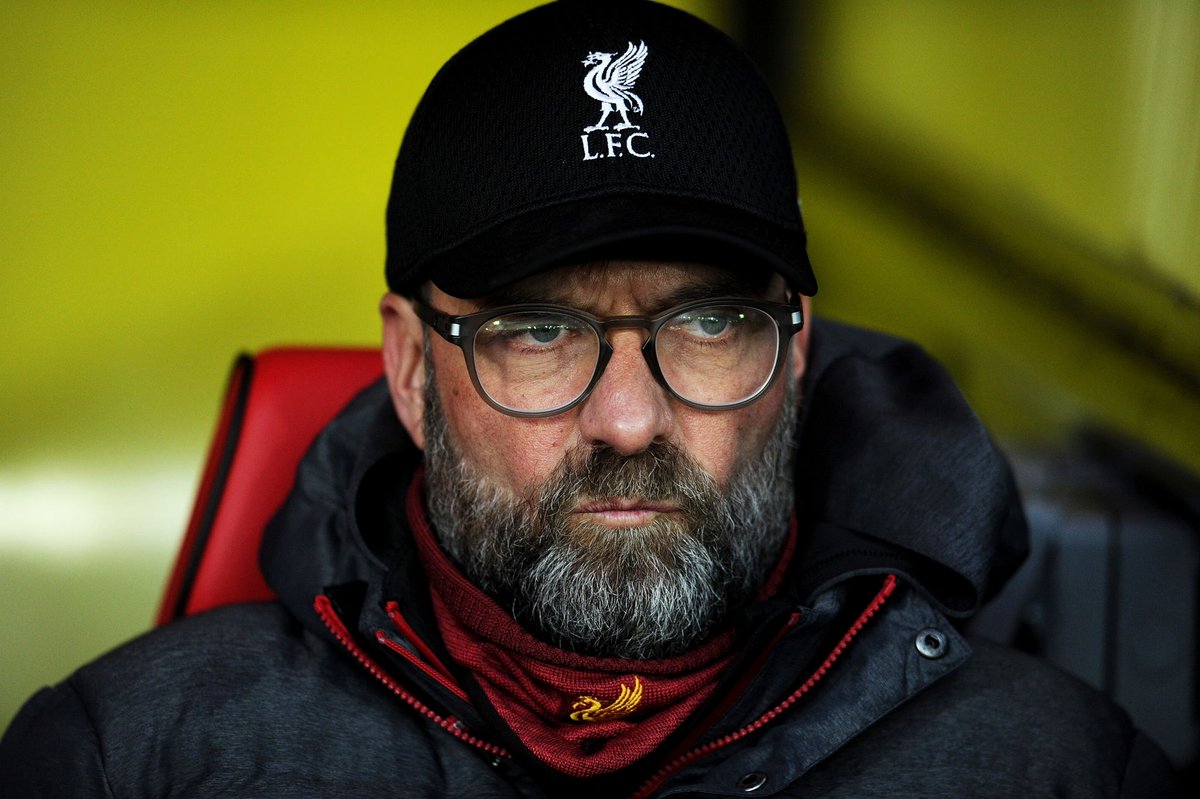 Jurgen Klopp admits his Liverpool side were “not good enough” as they fell to a 3-0 defeat against Watford in the Premier League on Saturday.

The Reds were looking to establish a record 19 consecutive league wins with victory against the Hornets, with Klopp‘s side full of confidence with a 44-game unbeaten run behind their belt.

However, it all came to an abrupt halt at Vicarage Road as the Reds put in a dismal performance, with a double from Ismaila Sarr and a Troy Deeney strike handing Watford a shock 3-0 win.

Liverpool remain on course for a record-breaking Premier League title win, however, the manner of defeat against Nigel Pearson's side will undoubtedly be a worry for Klopp.

It was Liverpool's first defeat in the Premier League since January 2019 but Klopp admits his side have to accept the result as they came up against a well-drilled opposition, with a lot on the line.

“They did exactly what they wanted to do, we did not. That’s how football works,” Klopp said.

“In the game you have to fight. We were 3-0 down but we still tried, there were no silly situations where somebody got frustrated and tried to kick someone. “If you win good, if you lose, try to do it in the right manner and do it like a man.”

There has been plenty of talk about Liverpool going unbeaten for the entire season, however, Klopp has always been adamant his squad are unconcerned by those suggestions, with the mantra of 'one game at a time' prevalent in the players' interviews.

“Tonight we were not good enough. It’s not now a plus for me that we look back years later and think Liverpool nearly did it. That’s not my main concern. You can’t change it,” Klopp said.

“We were going to lose a game at some time, and we didn’t wait for it but it was clear it would happen. Tonight it happened and I see it rather positive that we got close to these records.