Liverpool have made clear their interest in Dortmund winger Jadon Sancho, according to reliable journalist Dominic King.

The Reds have been intermittently linked with the 19-year-old for the last year, with Sancho being regarded as a 'generational talent' by many in world football.

Sancho is expected to cost upwards of £100 million, with a number of big European sides interested in sealing his signature at the end of the season.

Whilst The Athletic's James Pearce has previously stated Liverpool will not be in the running for the forward at that hefty price-tag, the Mail's Dominic King has shed another light on the Reds' stance.

King reports that Liverpool have made their interest in Sancho clear to Dortmund, with the Reds hoping that Jurgen Klopp's relationship with his former club can give them the edge in a possible deal. 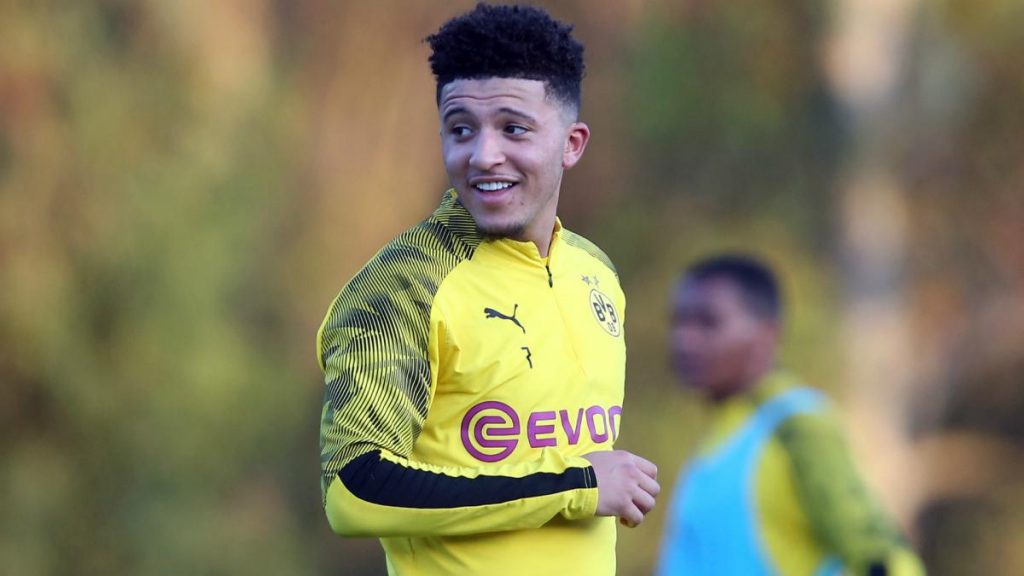 He also adds that Sancho may be especially receptive to a move to Anfield as he is close friends with Liverpool's English contingent in Alex Oxlade-Chamberlain, Jordan Henderson, Joe Gomez, Rhian Brewster and Trent Alexander-Arnold.

Whilst an investment of over £100 million would be a huge outlay, the marketing potential of Sancho - who is sponsored by Nike, Liverpool's kit supplier from next season - could sway the Reds into making the expenditure.

However, Liverpool face competition from several European clubs, as well as fellow Premier League sides Manchester United, Manchester City and Chelsea, all of whom have been reported to be interested in the winger.

Sancho has hugely impressed in Germany following his move from Manchester City's youth side in 2017. He has taken his game to another level this season, taking the Bundesliga by storm.

He has 15 goals and 17 assists in 29 appearances in all competitions this season, with the London-born youngster contributing a goal or assist every 73 minutes on average.

Whilst there is no doubt of Sancho's talent, the only question is where he would fit in the Liverpool side and whether the Reds would splash the cash for someone who may not feature too much, at least to begin with.

In Mohamed Salah, Roberto Firmino and Sadio Mane, Liverpool have a world-class frontline that is regarded as the most feared in European football.

It's hard to envisage the Reds keeping Sancho on the bench after spending £100 million or more on the youngster. Whilst there are no suggestions of the usual front-three departing this summer, it may mean a shift in the system for Klopp.

Sancho has mainly featured on the right for Dortmund this year and he could take up Salah's position in the side, with the Egyptian moving into a familiar striking role up front and Firmino moving just behind as a link between midfield and attack.

It's important not to get too ahead of ourselves as there will undoubtedly be several more reports linking Sancho to Liverpool and other clubs over the course of the season and beyond.

Other local journalists alongside Pearce have also stated the Reds won't be making a marquee acquisition unless one of the front three leaves, so it remains to be seen whether the Reds are simply sounding Dortmund out or whether they will actually make a move.