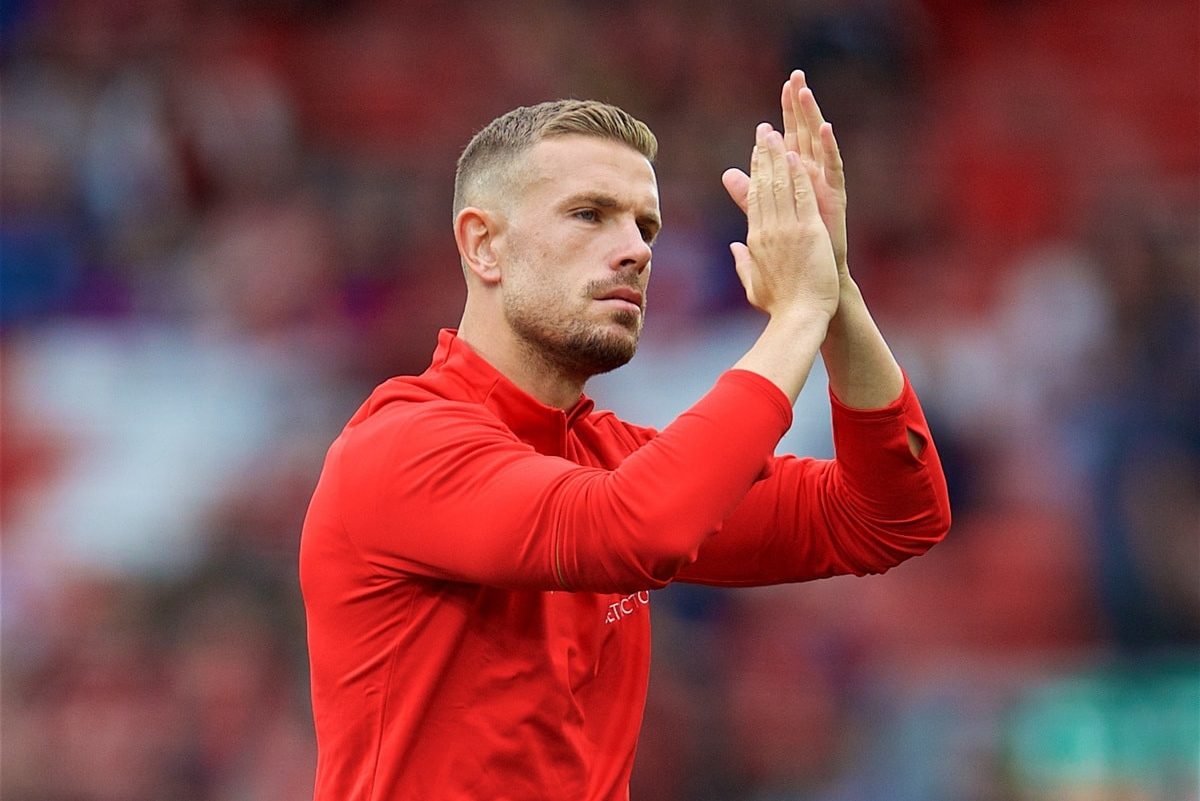 Jordan Henderson has urged his Liverpool teammates to improve their performance level this season and block out any expectations or pressure put on them.

The Reds had a successful campaign last time around, finishing fourth in the Premier League whilst reaching the final of the Champions League in Kiev.

However, Henderson believes the Reds must do even better this season and could do so without being distracted by external issues.

The captain, quoted in the pre-match programme for Sunday's season opener against West Ham, said: “Last season was good, but we want this one to be better. That should always be the focus at a top club, regardless of what you’ve won or haven’t won before.

“We made progression last season – big steps forward – but by no means were any of us satisfied. None of us plan on standing still, let alone going backwards. We all want to achieve more. There is no one externally that can say anything to those of us lucky enough to play for this club that will impact on what we expect of ourselves. No one can set a higher bar than we set ourselves.

“I look inside our dressing-room and I see lads who know that our standards have to get higher each season. I see that the lads know our rivals will be better and stronger and, therefore, we have to be also.

“One of our best qualities as a squad is we have the ability to block out unhelpful opinions and noise. The manager drills into us all the time that when it comes to opinions, his is the only one that matters when it comes to football; that we should only be interested in those who truly care about us – people who genuinely want Liverpool to be a success, such as our supporters. The rest is about healthy expectation and embracing the positive pressure that comes from being at a club of Liverpool’s stature.

“When I play for Liverpool I expect us to win. It’s that simple. And that has been the case regardless of transfer activity or what the outside world perceives as our strengths or weaknesses as a team.”

Henderson remains a doubt for Liverpool's opening Premier League fixture against the Hammers, having made just a short cameo against Torino at Anfield on Tuesday.

Liverpool vs West Ham United kicks off at 1.30pm (BST). LFC Globe will bring you the latest from Anfield with our match-day coverage.