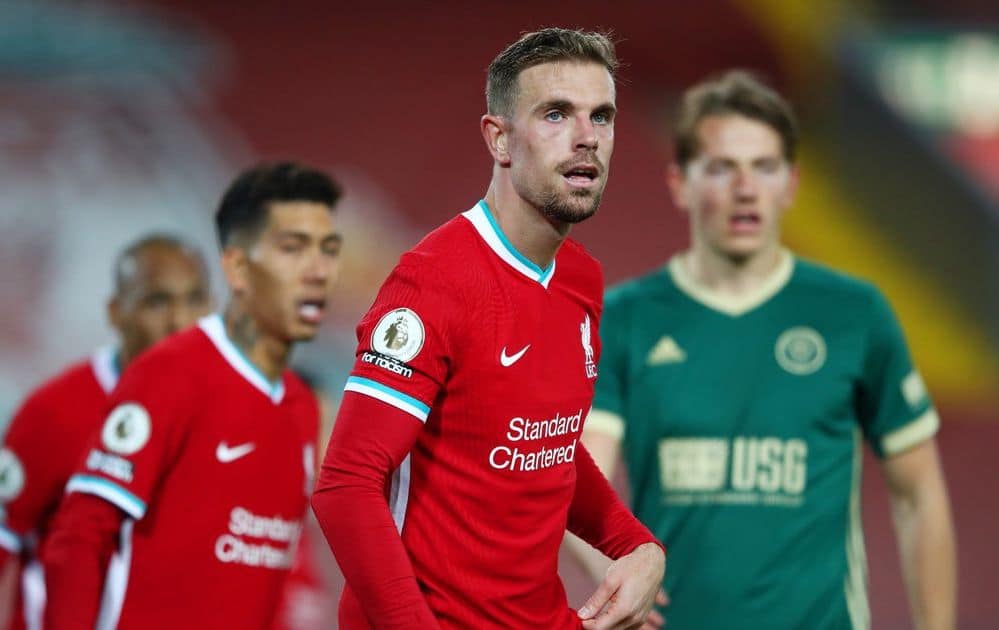 Jordan Henderson insisted Liverpool are "used to" a taxing fixture list as they earned their second win in 72 hours against Sheffield United.

Liverpool had to dig deep following midweek's win against Ajax as they went 1-0 down inside the opening fifteen minutes against Chris Wilder's side.

Roberto Firmino struck before half time before Diogo Jota completed the comeback just after the hour mark.

The result was a timely return to winning ways in the Premier League for Liverpool, who face four games in all competitions in the next 14 days.

While there has been much made of the number of games players have to contend with, skipper Henderson insisted it wasn't an issue for him, giving an excellent response in relation to everything going in in the wider world.

“Yeah, but we love to play football so we want to play games,” Henderson said.

“I think if you look back a few months ago when we were sitting in the house and we couldn’t go out, we would have played every single day, so for us, it’s physically demanding but we are used to it, we enjoy it.

“We recover, prepare for the next game, use all the lads in the squad. Everybody is needed for the full season, hopefully, we can get a few back from injury but you’ve got to enjoy it, we’re playing football at the end of the day! 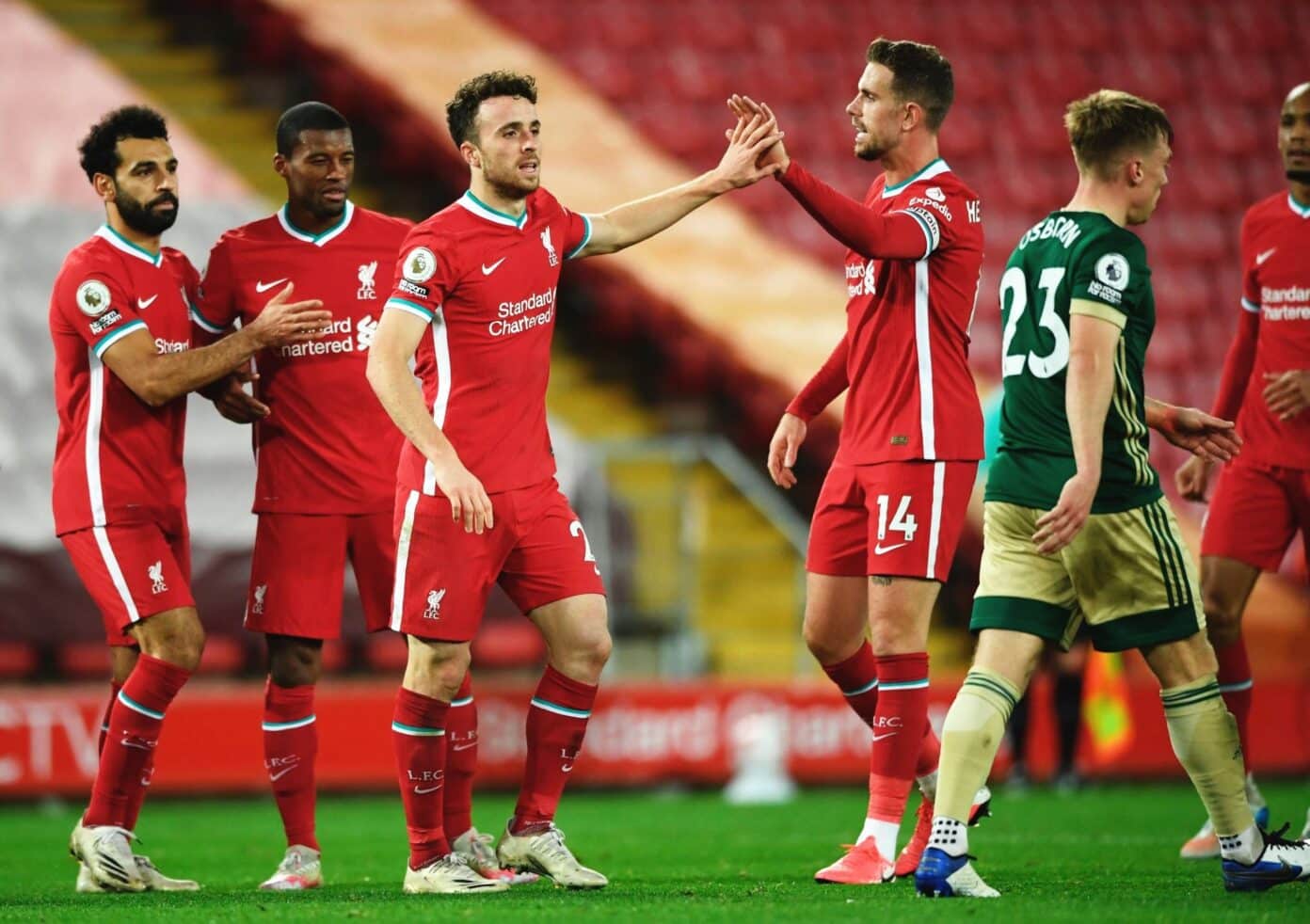 “We love playing, we enjoy it and there’s a lot of things going on in the world and it’s tough for people sitting at home who want to be here, so we have to try and do our best to put a smile on their faces even if it’s just for tonight.”

While there have been questions about Liverpool's ability to retain the title without Virgil van Dijk in defence, it wasn't a view supported by Henderson, who lauded his teammates' performances.

He also added he's not interested in what others have to say outside Melwood, instead choosing to focus on keeping their "hunger and desire" to improve.

“[The centre-backs were] brilliant. It was always going to be difficult against McBurnie at the top, who is very good in the air, and then Rhian off him,” Henderson said post-match.

“It was always going to be difficult for the lads but I thought they coped well and worked the game out better, especially in the second half.

“I’m not really interested in [outside talk], to be honest. I’m just interested in what the mentality is in the dressing room and I’ve seen hunger and desire everyday to improve, to want to win games and I think we’ve seen that tonight. 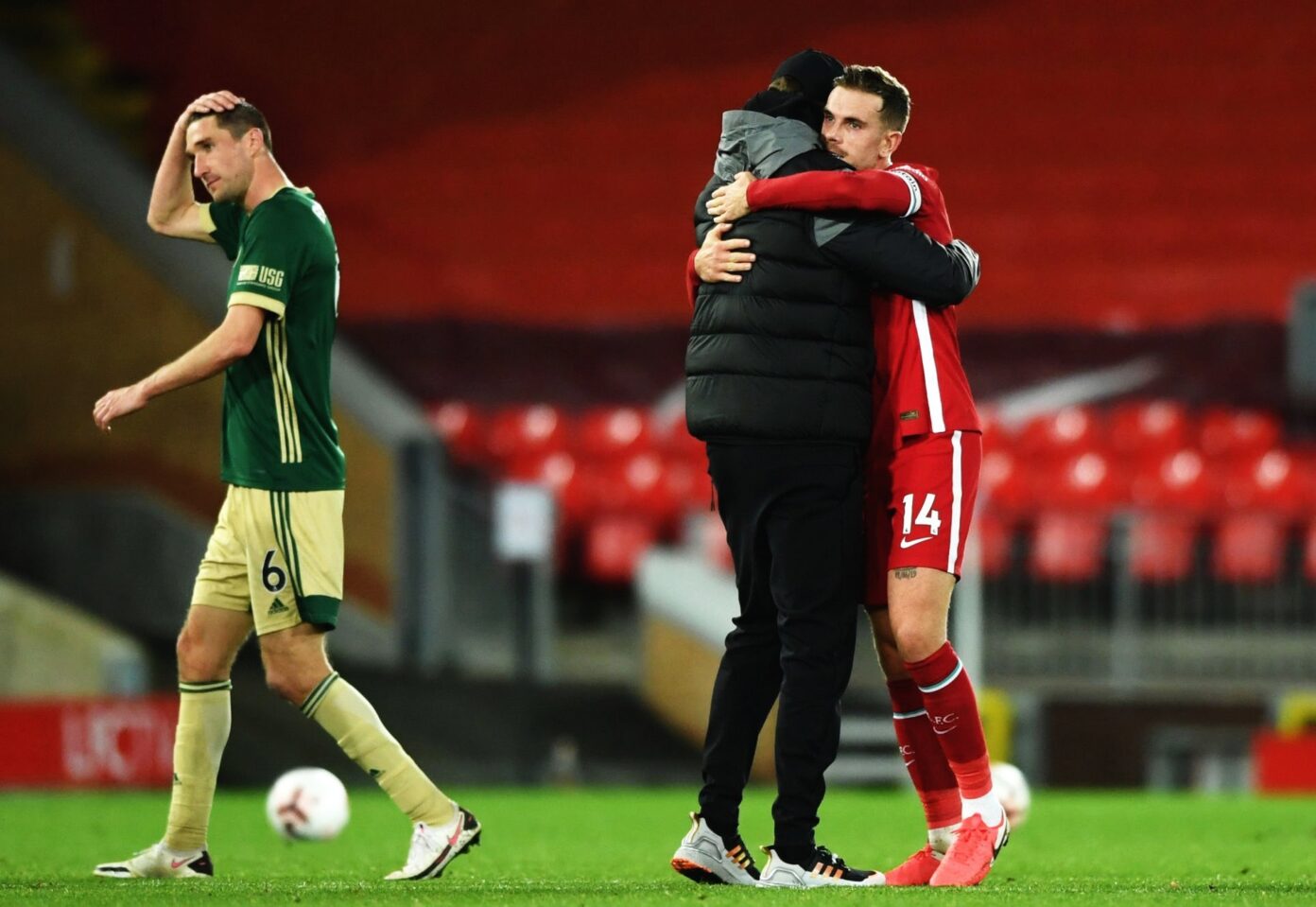 “The resilience, the character to keep going, to dig in especially if you’re not playing to the level that you might be normally because we know we can be better. But I think we showed another side to us tonight where we can dig in and see results out, in Ajax and again tonight.

“Overall, it’s been pretty positive apart from that one game against Villa,” he continued.

“I think we’ve got to be delighted with the start, of course, we want to be better and that game wasn’t us but I feel as though we’ve learnt from it quickly and reacted in the right way as we have done many a time.

“Keep building, keep improving and focusing on the next challenge and the next game and that’s put us in good stead so far, so we just have to continue with that. But I thought the lads dug in really well tonight.

“We’ve had a lot of games and a few injuries so delighted with the three points and the lads showed great character again.”