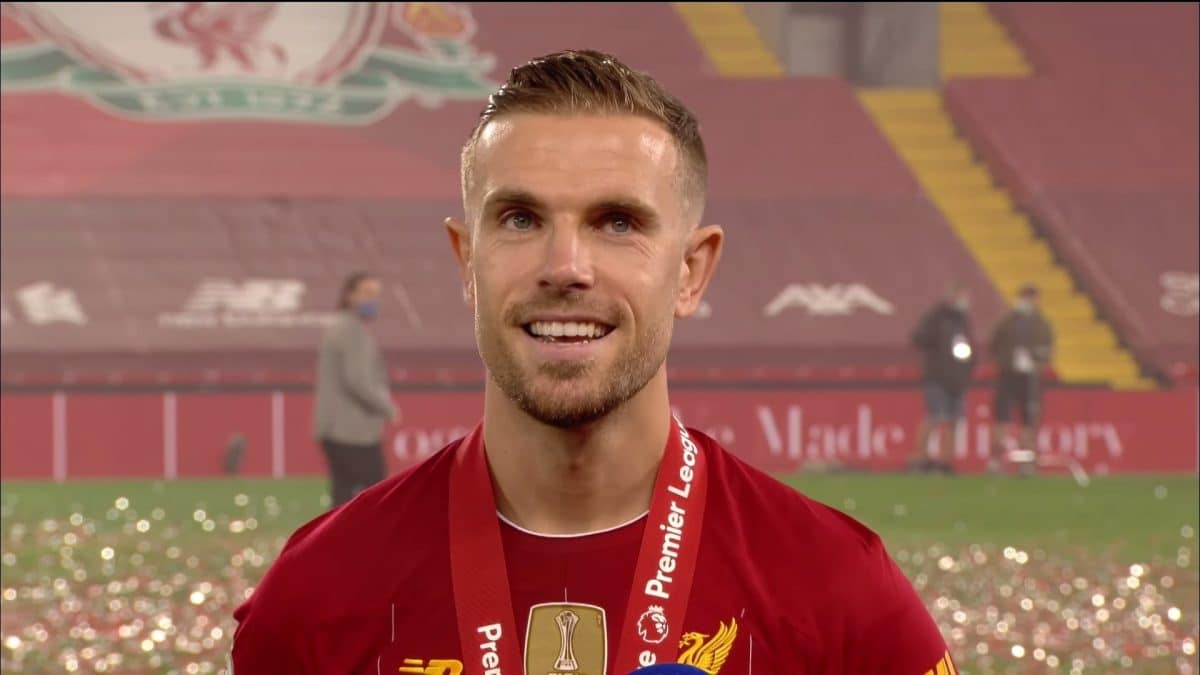 The Reds beat Chelsea 5-3 at Anfield before their highly anticipated title-lift ceremony in the Kop.

Henderson, who watched the game from the stands while being sidelined through injury, gave supporters another glimpse of his trademark shuffle as he picked up the trophy after the full-time whistle.

While supporters were unable to share the moment with the team, Henderson insisted it was still a huge moment for the players, who celebrated with their families watching on.

"We’ve been waiting a long time, like I said before the game. The build-up to it, walking up there was amazing," Henderson said.

"Like I said, the lads deserved the moment tonight. The families were up there watching, which was a big thing for us as a team.

"It’s been an amazing season and to crown it off like that was really special."

Liverpool have been in title-winning form over the last two seasons, having narrowly missed out on the Premier League title to Manchester City last year.

Henderson is glad Liverpool have finally put an end to "unfinished business, saying: "It makes it even more special.

"After last season, getting 97 points and not winning it was hard to take, but then we reacted a few weeks later and won the Champions League.

"At the start of the Premier League season we knew we had unfinished business.

"It’s been an amazing season and I’m so thankful that I’m part of this club and part of this team that has managed to get the Premier League after 30 years."

Henderson has been at the club for over nine years, having made the step-up from a young player finding his feet to being captain of the most successful club in England.

When asked whether he has finally realised his dream, Henderson said: "I always dreamed, you know.

"The Premier League has been a dream of mine since I was a kid and that was one of the reasons why I wanted to come to Liverpool – you want to win trophies and the expectations are so high.

"But when you come as a young player, it’s so difficult. It’s been a process, a journey and it hasn’t happened overnight.

"Over the past five years since the gaffer came in, it’s been a process, a journey and every single player has been a part of that journey.

"To finish the season off like this has been really special. We can enjoy tonight but, after this, next season is going to be a big challenge for us.

"I thought tonight we showed the mentality again to come and perform like we did, and get the result we did."