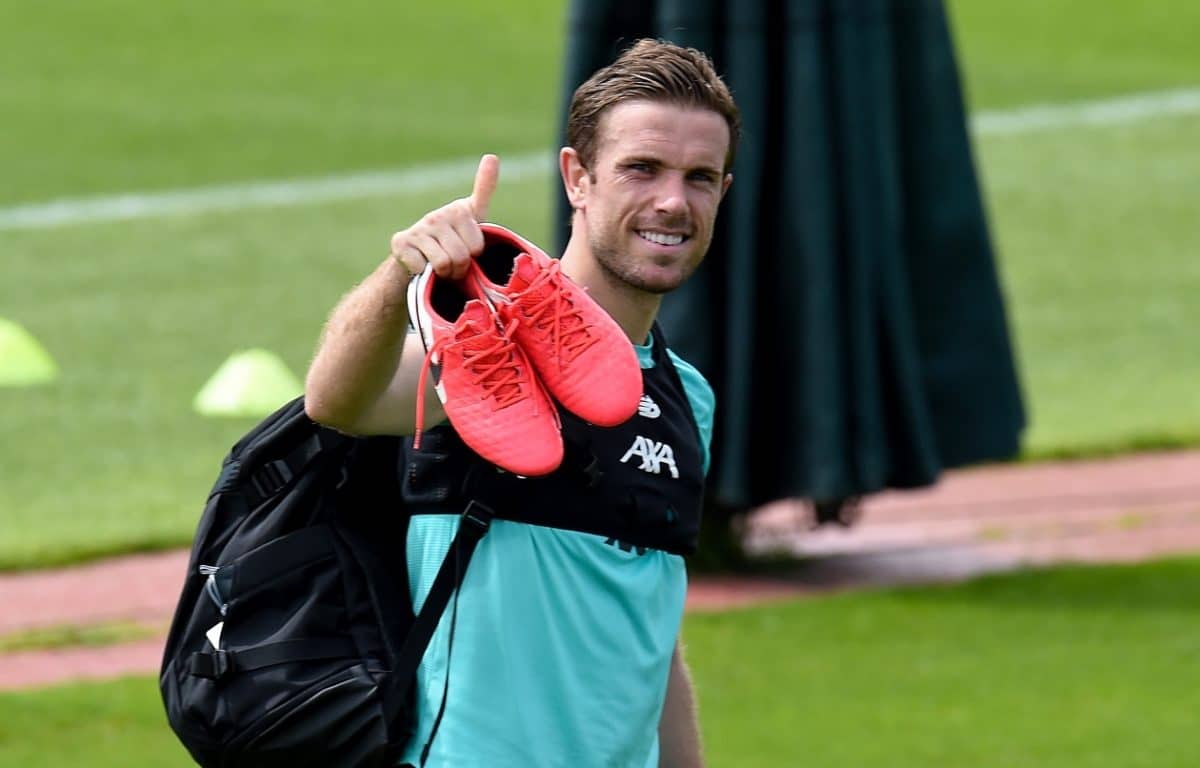 Jordan Henderson insists there will be no complacency amongst the Liverpool ranks as they look to complete the job when the Premier League resumes.

Jurgen Klopp's side sat 25 points clear at the top of the Premier League table when the season was abruptly put on hold in March due to the unprecedented coronavirus pandemic.

The Reds returned to non-contact training on Wednesday, with players allowed to train in groups of five following a vote by clubs earlier in the week.

Liverpool require just two victories to seal the title and captain Henderson has reiterated he and his fellow teammates are keen to finish the job on their return.

"To be honest, my mindset hasn't changed from where we left off because I always felt as though the season needed finishing at some point, whenever it was safe to do so," he told Sky Sports.

"So, in my head, it's always been [important] to stay as fit as I can because when the time comes that we do go back and we do start playing games, I need to be ready and so do my team-mates.

"We all need to be ready for when that time comes to be able to perform at the highest level and finish the season as well as we've started it and maintained it up until this point.

"That's been our motivation to keep training and keep as fit as possible, so when the time comes, we pick up where we left off." 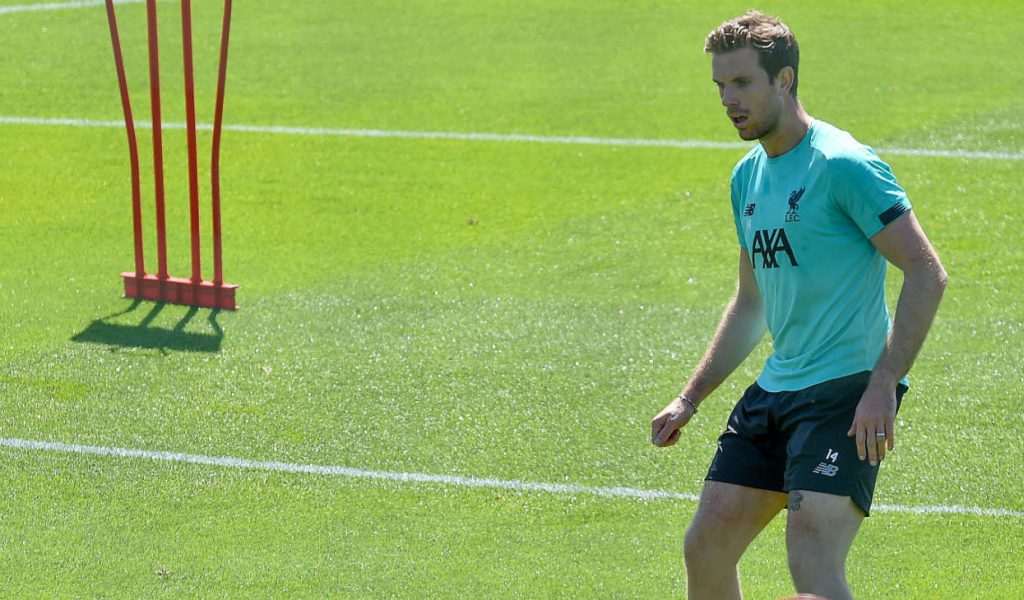 With the players having to rely on FaceTime, Skype and Zoom to interact with each other during the lockdown restrictions, Henderson says he was "itching to get back" and see his teammates once again.

"It's been great to get back and see the lads, get the balls out and be able to pass into each other and interact a little bit," he said.

"It's been really good and something I've looked forward to for a while now.

"I think a lot of lads will be the same. Football is taken away from you and it's obviously difficult because at the end of the day it's the most important thing to us.

"But then something like this happens and it puts everything in perspective. I feel lucky to be in the position that I'm in.

"You have a lot of time to reflect and think about things, but ultimately I was itching to get back playing football as soon as possible once everything had calmed down a bit and it was safe to do so."

The Reds skipper insists he has no concerns about returning to training, with the club and the Premier League putting in place a number of safety measures around the training ground.

"I feel very comfortable with all the measures the Premier League and the club have put in place, along with all my other team-mates," he said.

"We feel comfortable and that's why we're here training. In terms of next steps, obviously we'll be guided by the experts and the doctors who ultimately know more than we do. 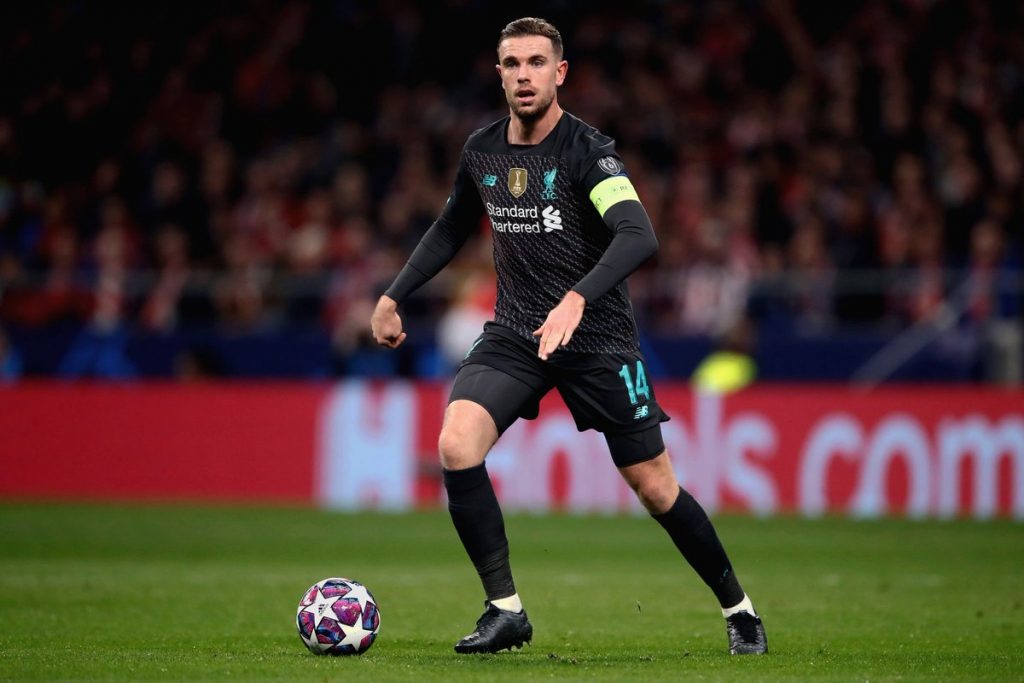 "We've had meetings and questions as captains over the last week or so, but ultimately, I think the Premier League and clubs are doing everything they can to make it as safe as possible.

"The testing, the temperature control, the social distancing and the disinfecting of everything has been a really high level since we came back."

The likes of Watford's Troy Deeney and Chelsea's N'Golo Kante have opted to stay away from training - something Henderson says he "fully respects" - adding he would support any Liverpool players who felt the same.

"I fully respect their opinion and their decision to do that," he said. "I think everybody is in a different situation with their family and at home. Ultimately, if you don't feel comfortable or safe, you shouldn't feel forced or pressured to come into work.

"I fully respect the lads that don't feel comfortable as of yet, and I hope that they respect my opinion and that of the other players who have come back.

"Everybody's situation is different but ultimately, for me, I feel very safe here at the training ground, otherwise I wouldn't be here. My team-mates as well.

"I can only really speak for us, but I fully respect people in different situations who don't feel comfortable. If any of my team-mates felt like that, I would fully support them and back them until they felt it was right to come back."