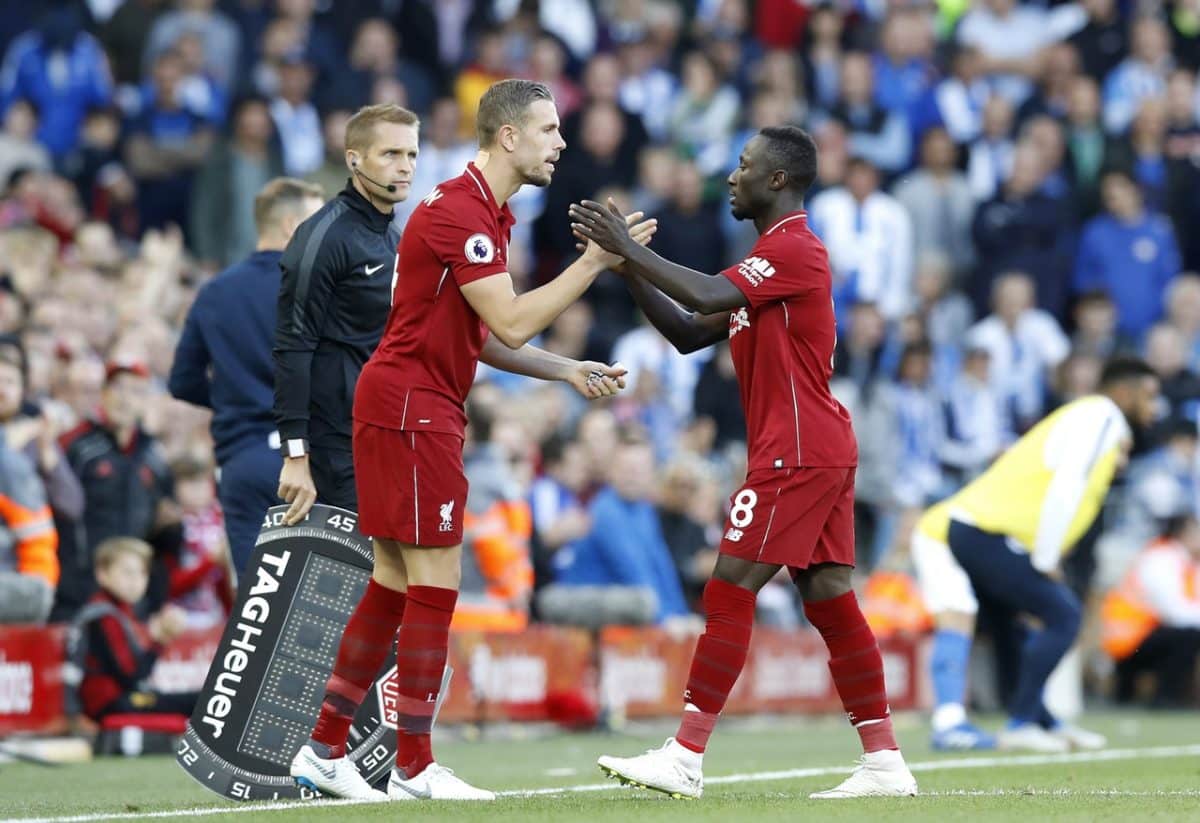 Liverpool's Jordan Henderson has insisted that competition for places is "part and parcel of football" ahead of the Reds' meeting with Man United.

The Reds take on Manchester United at Anfield on Saturday, following a 1-0 win over Napoli on Tuesday to progress to the Champions League.

Henderson, James Milner and Gini Wijnaldum started in the middle of the park for the Reds that night but with fixtures coming thick and fast, some form of rotation is expected against Jose Mourinho's side.

Summer arrivals Fabinho, Naby Keita and Xherdan Shaqiri will all be vying for a starting role on Sunday and Henderson believes the competition at Liverpool is "healthy" and a necessity for any side challenging for top honours.

"We've got a fantastic squad and everybody's fighting to play so it's a difficult decision for the manager," he said. 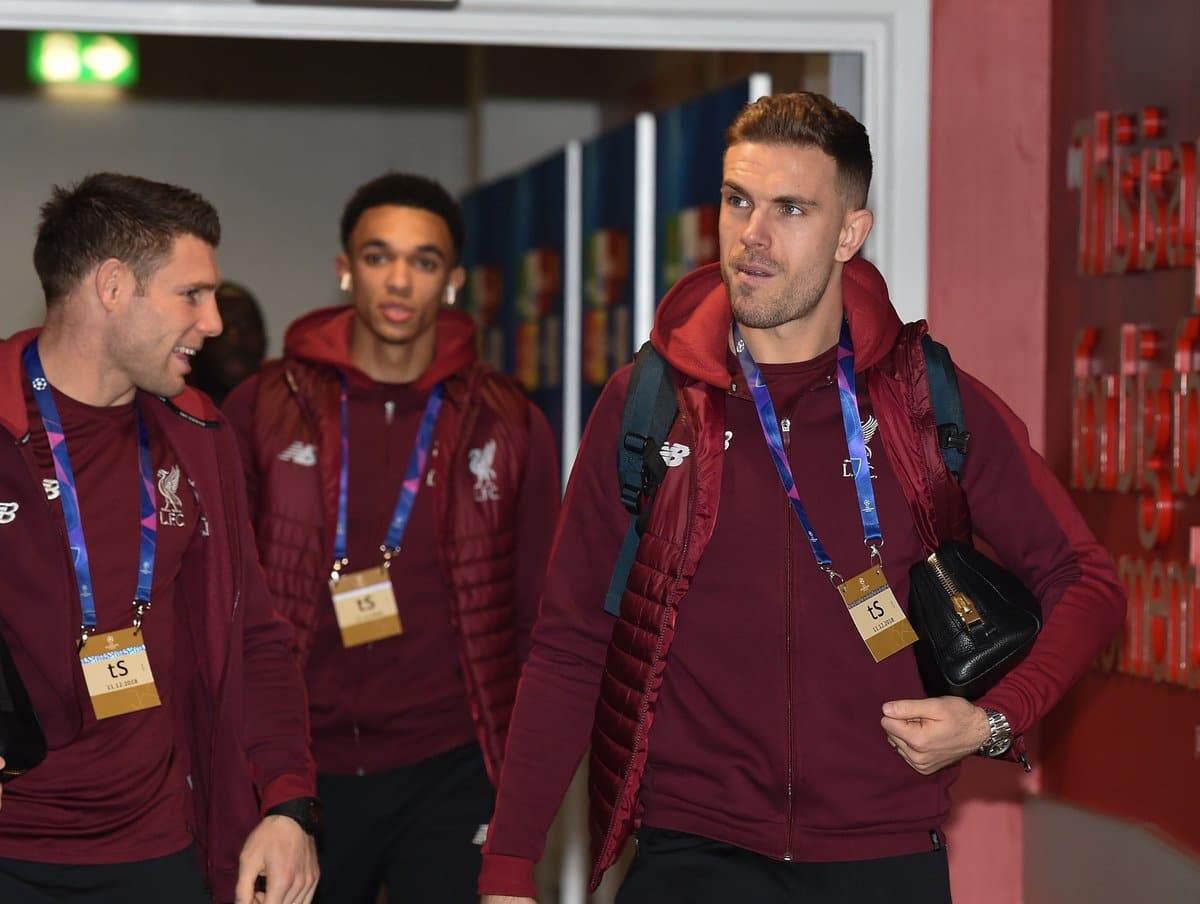 "But as players I think we've coped with it really well this season when people haven't been playing. They've come in and done really well when called upon and that's the most important thing if you want to be successful.

"You want to make signings, especially the ones we make, because they're top players. It makes the team stronger and gives us a better chance of winning trophies ultimately and that's what everybody wants.

"As players you've got to keep improving, keep learning, keep playing well to get your place in the team. I think that's normal in football, if you look at the top sides in Europe the squads are very good. They've got world class players coming in off the bench and it's the same here.

"Everybody's fighting to play and the manager can only pick 11 so it's difficult for him. But those who maybe don't start have to be ready to come in when called upon.

"Things move forward very quickly and you need to keep up with it. You want to be the best that you can be as well, it's good to have that competition, it's healthy and so far it's been brilliant for us this season. 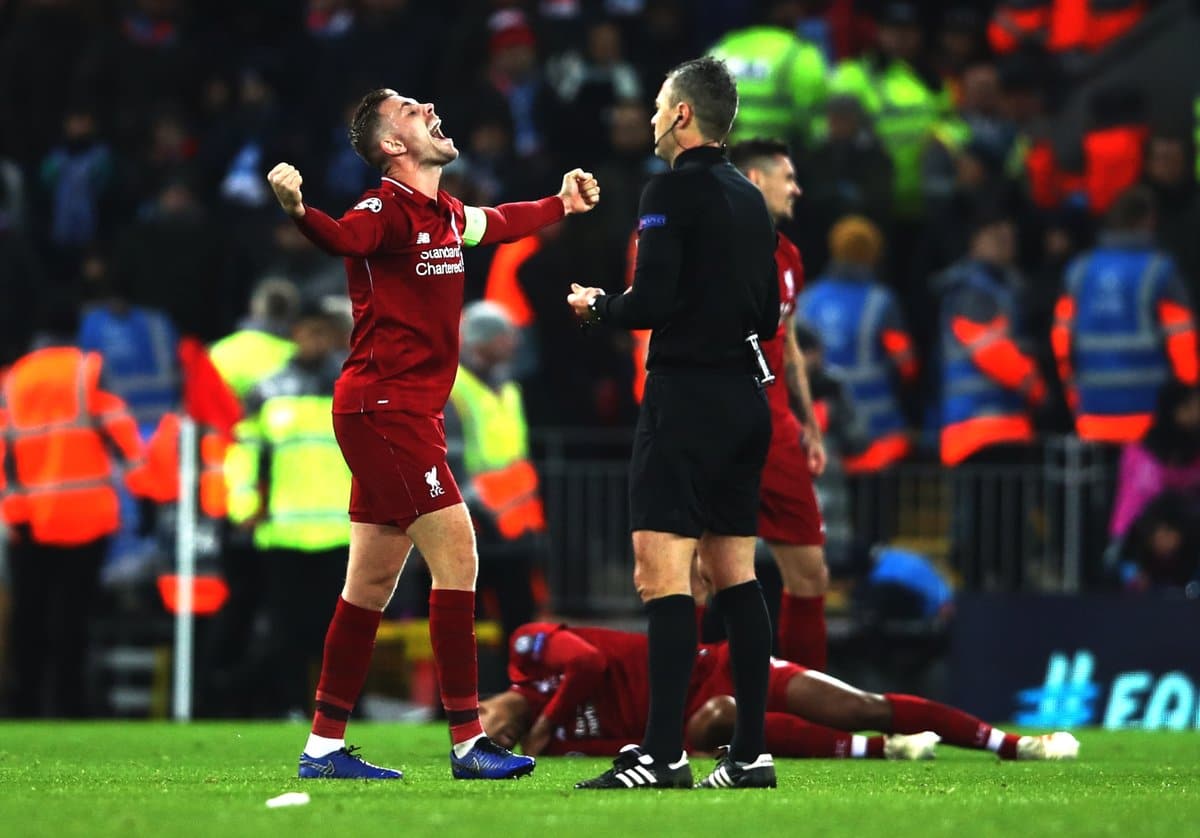 "We need to keep using that positive energy whether you're playing or not, and the lads have been fantastic at that so far."

Henderson also spoke of his captaincy, a role that he took over from former Reds midfielder Steven Gerrard after his move to LA Galaxy in 2015.

He admits that he still speaks to Gerrard for guidance but claims the role has gotten "a lot easier" due to the number of natural leaders in the squad.

"When I first got the role, it was a big responsibility but one that I enjoyed," Henderson added.

"I looked forward to taking on the role otherwise I wouldn’t have done it. As time has gone on, it has got a lot easier. 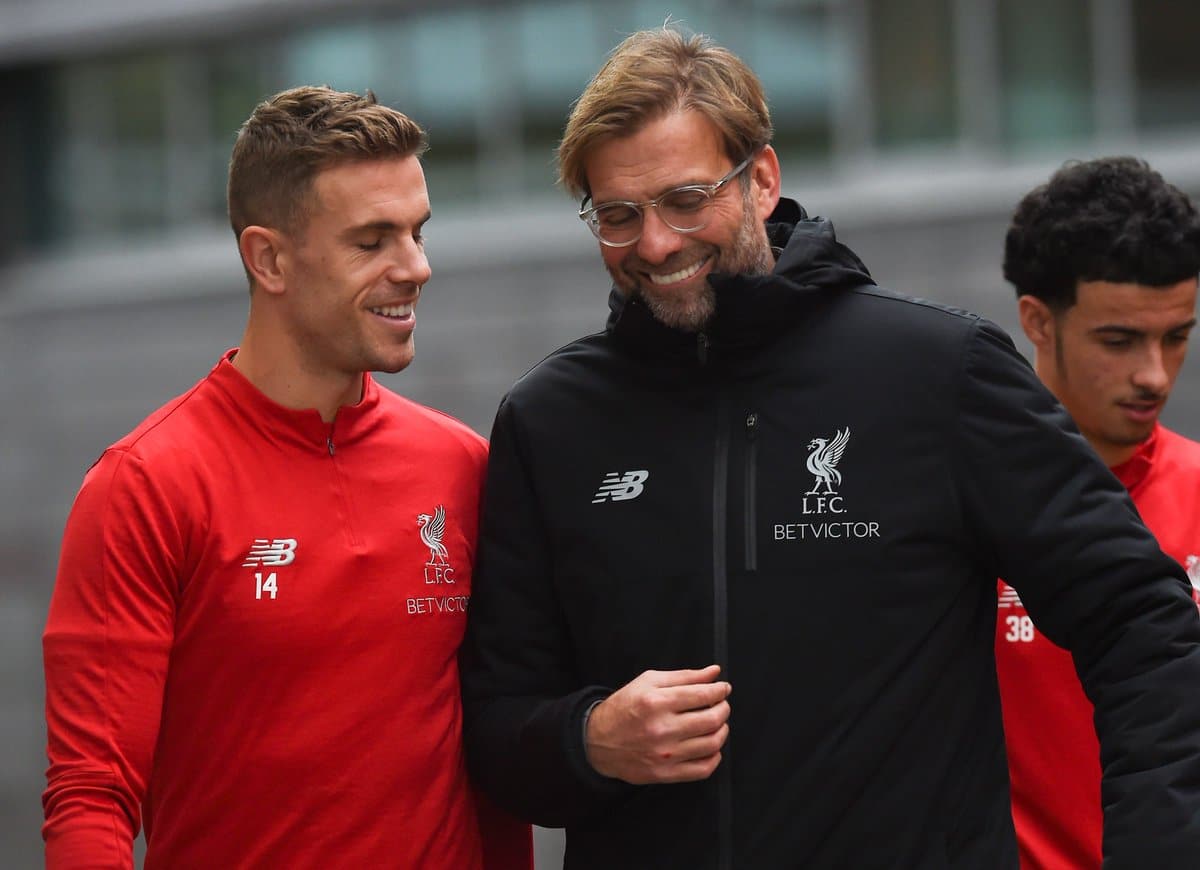 "I spoke to Stevie before he left in a lot of detail and I still speak to him now and again. It's nice to see him doing well.

"When the gaffer came in, he helped me a lot with the role and the responsibility and to be honest, we have other leaders in the dressing room which makes it a lot easier for me.

"I see a good core of leaders in the team who lead the whole group and I think I’ve learned a lot over the past few years and I’ve obviously grown into the role. Now it’s pretty normal.

"I’ve always had good people around me and I still have. I couldn’t ask for a better group of lads in terms of our dressing room. It’s an amazing group, who hopefully can produce something special this season."

Liverpool take on Manchester United at 4pm on Sunday and you can keep up with all the drama via LFC Globe's live match-day coverage.