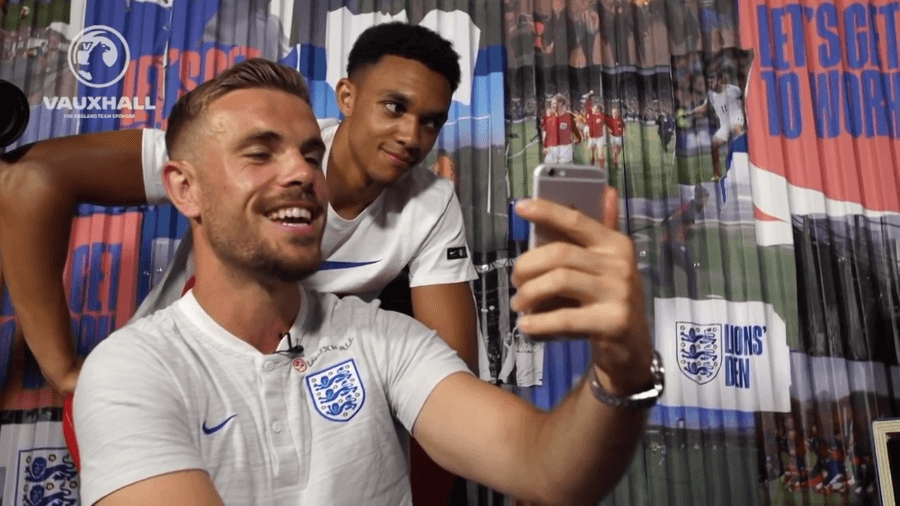 Watch as Jordan Henderson and Trent Alexander-Arnold video call an England supporter, who has decorated the estate where he lives with over 300 England flags.

England fan Chris Dowse, 29, has encouraged the World Cup spirit in his local Kirby Estate in Bermondsey, south London, putting up over 300 flags - mostly St George's Crosses but also some from other nations such as Columbia, Portugal and Poland.

The supporter shot to public attention this week, with videos and pictures going viral on social media. The buzz reached its peak on Saturday however, when he had the opportunity to show Liverpool and England duo Henderson and Alexander-Arnold around the estate via a video call.

The duo, who are set to be involved in England's first World Cup game vs Tunisia on Monday, chatted casually with Dowse, telling him they thought Fabian Delph had the worst taste in music in the squad. 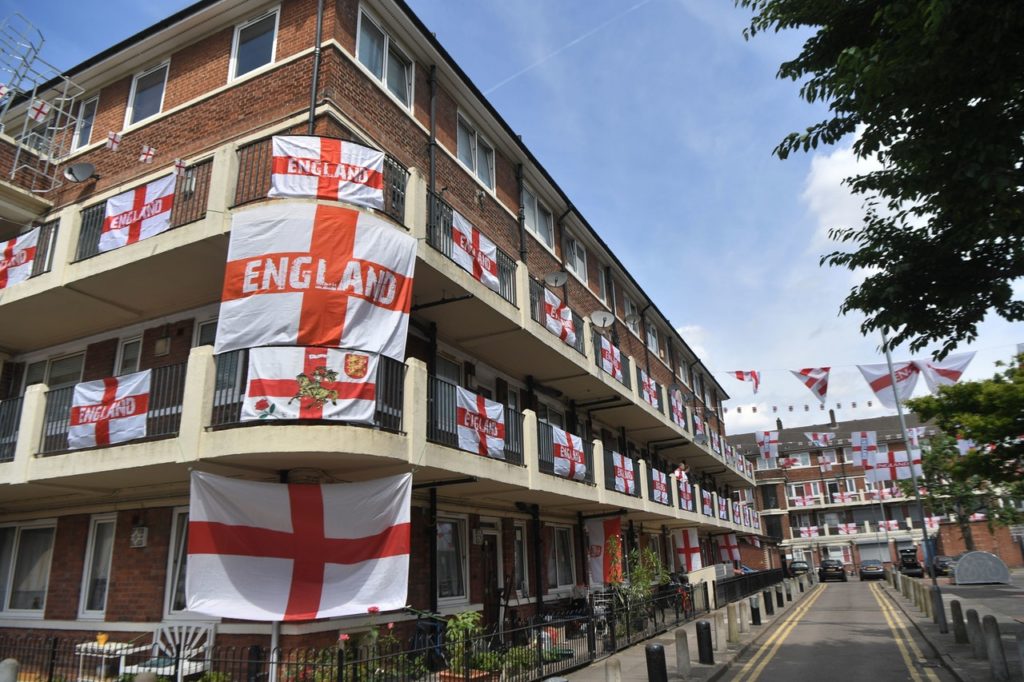 The Kirby Estate in Bermondsey, London, is showing its support for England during the World Cup (Victoria Jones/PA)

Meanwhile, Henderson said he would bring Steven Gerrard back in the team if he had the choice, whilst Alexander-Arnold opted for David Beckham.

Speaking to AP after the interview, Dowse said: "I saw Jordan's face and my face was a picture. It took me by surprise when I saw Trent - I was in bits.

"I was a little star struck - it was mustard.

"They were blown over by it. They said it was the first time they had seen anything like it.

"They were lovely, proper hospitable. I asked them 'can you do me a favour?' And Jordan said 'what?' I said 'Bring it home'."

Watch the call in full below.