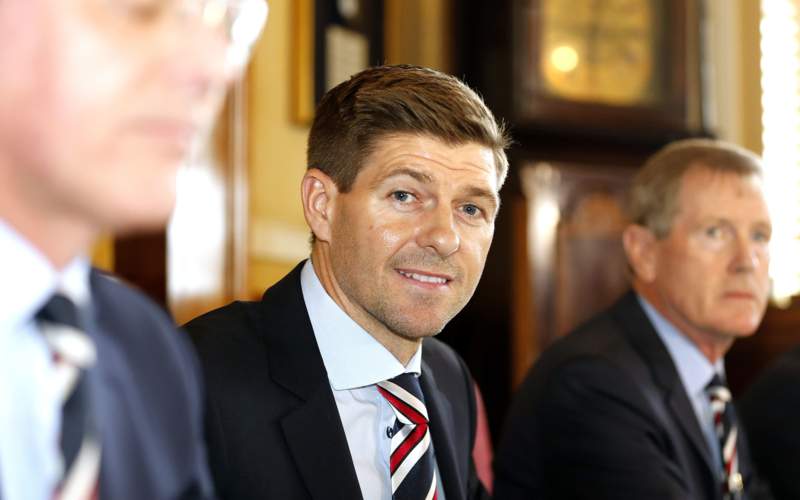 Former Liverpool captain Steven Gerrard is set to be centre-stage in a new documentary that is to air in UK cinemas this month.

The documentary, 'Make Us Dream' documents his meteoric rise from a Liverpool schoolboy to becoming Liverpool captain and winning the Champions League in 2005.

It shows some of his best moments, including lifting the FA Cup and the famous Champions League comeback win over AC Milan to win the Reds' fifth European Cup.

Gerrard, now Rangers manager, talks through his some of his worst moments in football, including a brief temptation away from Anfield amid a contract dispute and his infamous slip in a loss to Chelsea in 2014.

The film’s director, Sam Blair, was keen to share his thoughts on why he thinks it will be a pensive documentary full of insight.

“Make Us Dream is an ambitious, cinematic film that reaches beyond sport. It tells a story that is both deeply personal and reflective of a wider story of our times," he said.

“I’m very happy to be working with Amazon to give it a platform both in cinemas and Prime Video to reach as wide an audience as possible.”

The film is being produced by the maker of the Amy and Sennadocumentary films, that won an Oscar and BAFTA, James Gay-Rees.

The film will be shown for the first time at a star-studded premiere in London on November 14 before being satellite broadcast to cinemas nationwide on November 15.

Gerrard will then take part in a live interview following the film. The entire documentary will then later be released globally on Amazon Prime Video.[/vc_column_text][/vc_column][/vc_row]