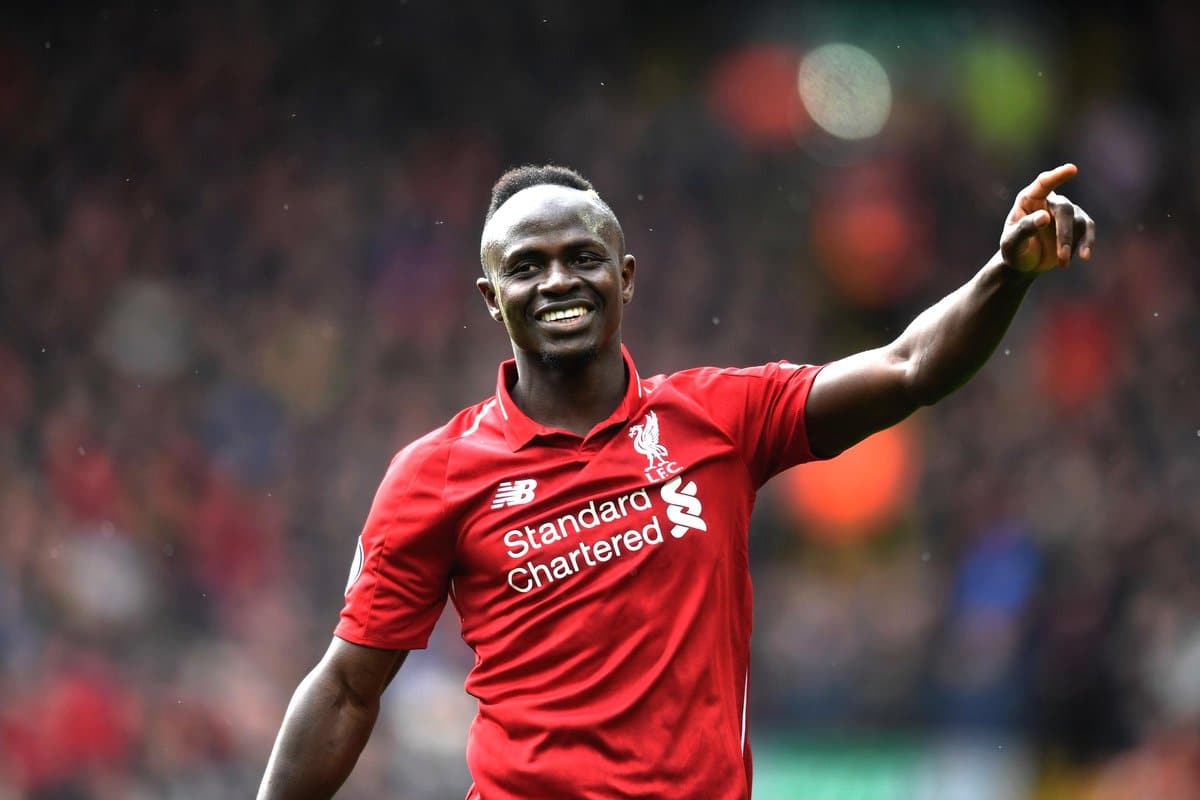 Sadio Mane has stepped up for Liverpool plenty of times this year, despite not earning the same plaudits as others.

Mane has been in fantastic form for both club and country of late, scoring 13 goals in his last 13 appearances.

His form has seen him equal Mohamed Salah's goal tally of 17 in the Premier League, despite playing 193 minutes less. He also has the same number of goals as the Egyptian in the Champions League so far.

Whilst Salah has been unable to score in his last seven games, Mane has picked up the slack for Jurgen Klopp's side.

Whether that is a design of Klopp's system is another matter, but the Senegalese has looked the sharpest of his teammates whilst on the pitch in recent weeks.

Mane has netted a brace on three occasions in the last seven games, scoring crucial goals against Burnley, Fulham and Bayern Munich in the Champions League.

All of Mane's Goals This Year

Liverpool's fearsome attack of Mane, Salah and Roberto Firmino scored 57 Premier League goals between them last season. But whilst Firmino and Salah's goal tallies are down from last year, Mane has already matched last season's return of 20.

However, Mane's goals in Liverpool's win against Crystal Palace in January and disappointing draws against Leicester and West Ham ensured the Reds' title aspirations weren't as severely damaged as first feared.

As disappointing as Mane's goalscoring form was earlier this season, as Salah's is currently, he has managed to keep Liverpool in the title race with his recent antics, and the stats prove it. 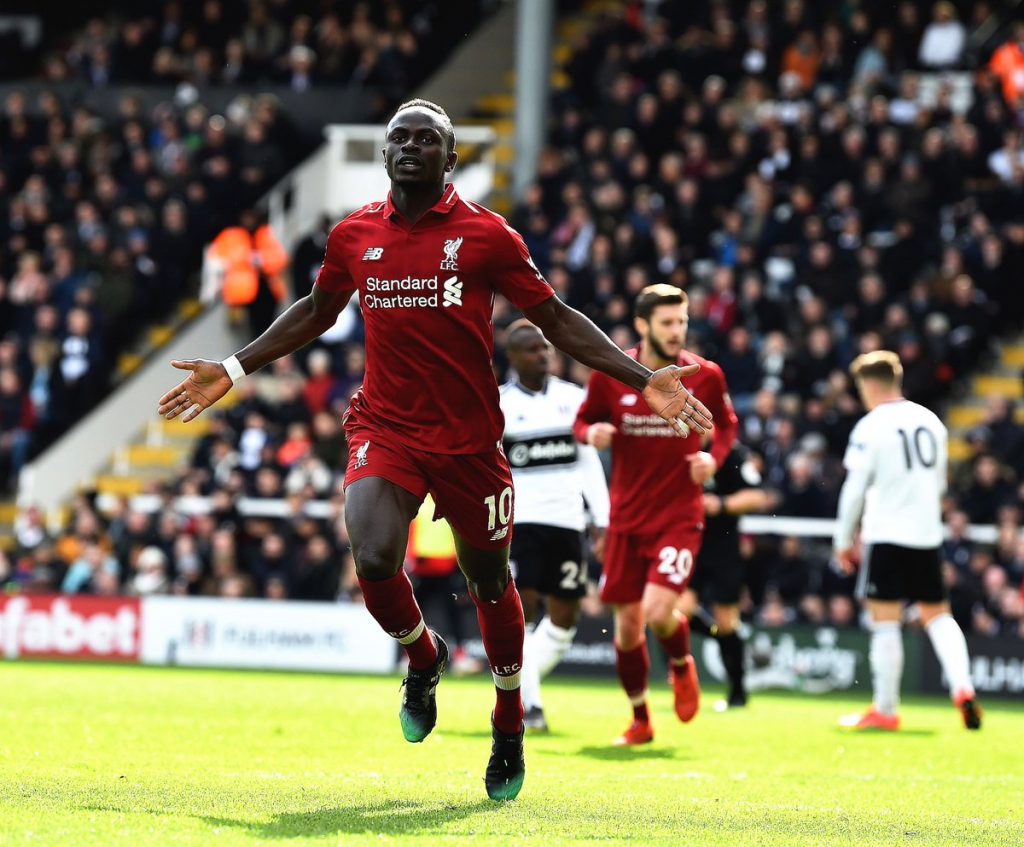 Without his direct goal contributions, Liverpool would be eight points worse off in the Premier League than they are right now, chasing Manchester City by 11 points with only seven games to go.

However, the Reds remain just one points behind Pep Guardiola's side as they head in to this Sunday's fixture against Tottenham Hotspur at Anfield.

The 26-year-old has been tenuously linked with Real Madrid this season, and it's clear to see why the current European champions would be interested in him.

He is a world-class talent who is beginning to peak and others are taking notice, but luckily for Liverpool they hold all the cards with his future, with Mane signing a new contract extension in January.

Mane will be looking to continue his streak and score in his fifth consecutive game, whilst the hope is that Salah can find his shooting boots after a well-deserved two-week break. 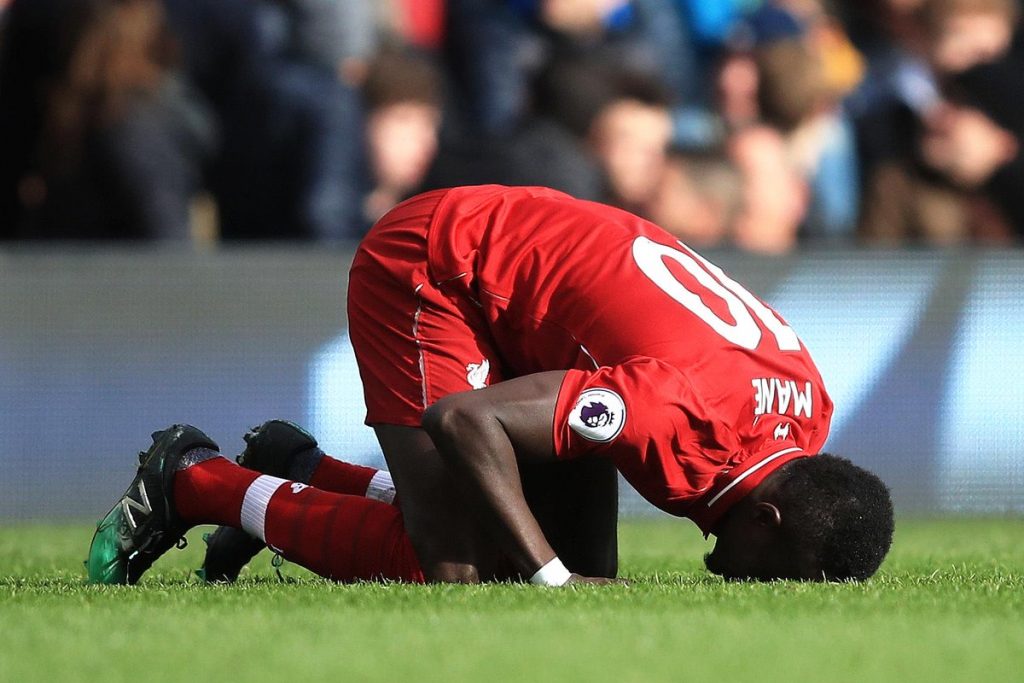 Firmino netted in Liverpool's 3-1 over Mauricio Pochettino's side at Wembley in September and the Brazilian will be in confident mood after scoring for Brazil against the Czech Republic on Tuesday.

Victory will see Liverpool climb above City to the summit of the Premier League, albeit having played a game more than Guardiola's side.

It will be an important hurdle to climb, with Spurs - and Chelsea - one of their hardest remaining fixtures on paper.