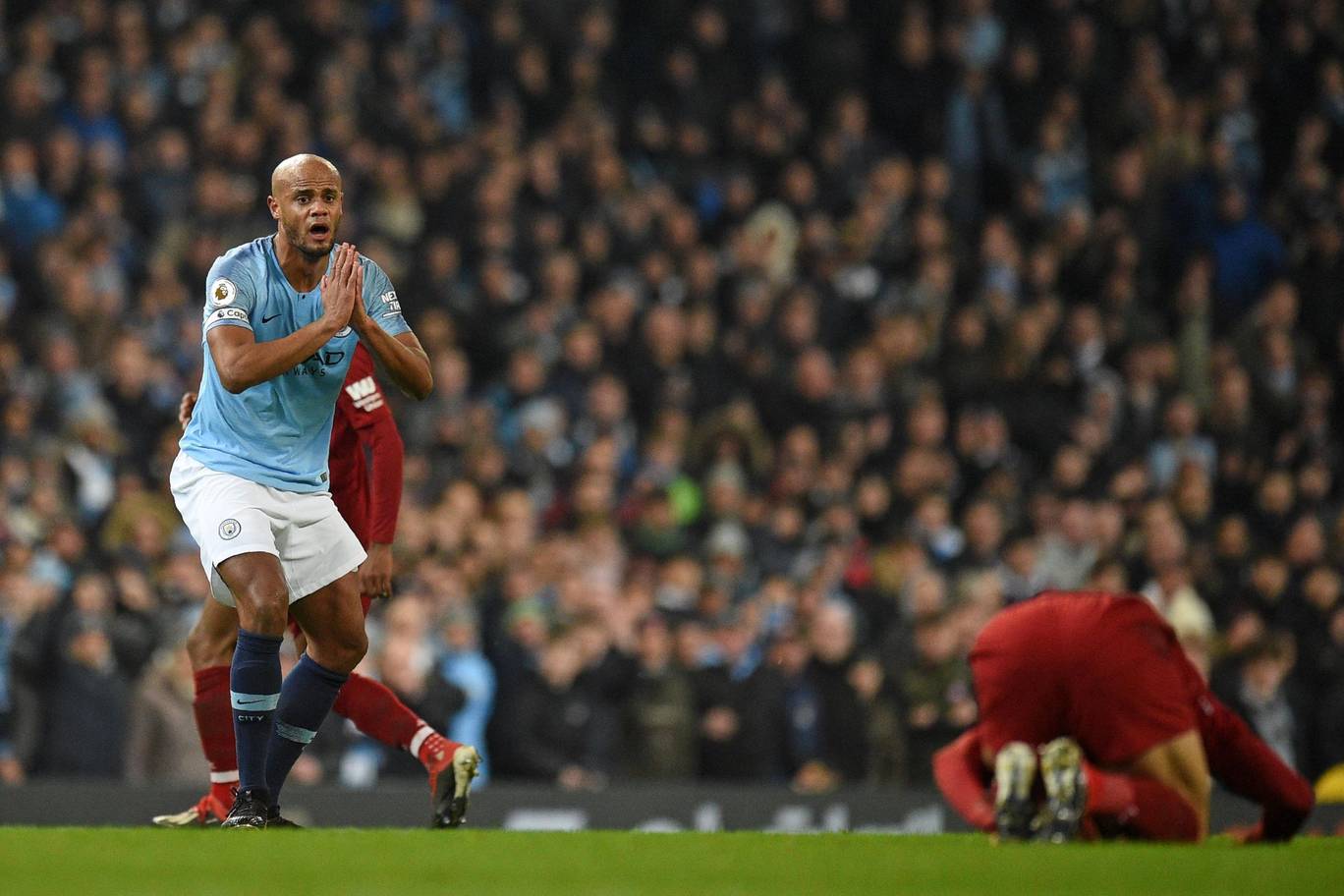 Former Premier League referee Keith Hackett believes Vincent Kompany's failure to be sent off against Liverpool was a pivotal moment in the title race.

The Reds finished the season on 97 points, agonisingly close to Manchester City, who retained their Premier League title for a second year running with a point more than Jurgen Klopp's side.

Liverpool had an incredible campaign which saw the side grow massively under Klopp, and although they ultimately missed out, there is a sense that they will be back competing once again next year.

By the time the title was won, the lead at the top of the table had switched 32 times between Liverpool and City in a relentless second-half of the campaign. The Reds lost just once in the league this season, against City in January.

Sergio Aguero and Leroy Sane scored either side of Roberto Firmino's equaliser to win the game 2-1 for Pep Guardiola's side. However, there was a controversial moment before Aguero's opener as Kompany brought down Mohamed Salah, who looked to have taken the ball past the Belgian.

Referee Anthony Taylor handed him a yellow card, however, Klopp was adamant it should have been red instead, saying at the time: "I really like Vincent Kompany. I really like him but how on Earth is that not a red card?"

Kompany goes for Salahs leg by flying tackle, while the ball is down on ground. If Salah doesn’t avoid, his season would have been over.
Even Kompany’s reaction shows that he knew he was scared from getting red card🤦♂️ pic.twitter.com/mUm7Mgs2lH

Former referee Hackett believes this moment was crucial in the title race, saying: "The turning point in the Premier League title was decided in the Man City v Liverpool game.

"31st minute when Kompany went in from distance with two feet off the ground on Mo Salah.

It is perhaps rash to describe any moment in this title race as a "turning point", with both sides receiving both good and bad fortune in equal measure.

However, with just a point separating two incredibly built sides, the microscope over the summer will be on the fine margins that ultimately determined the title winners.