Firmino says he wants to "build a history" at Liverpool 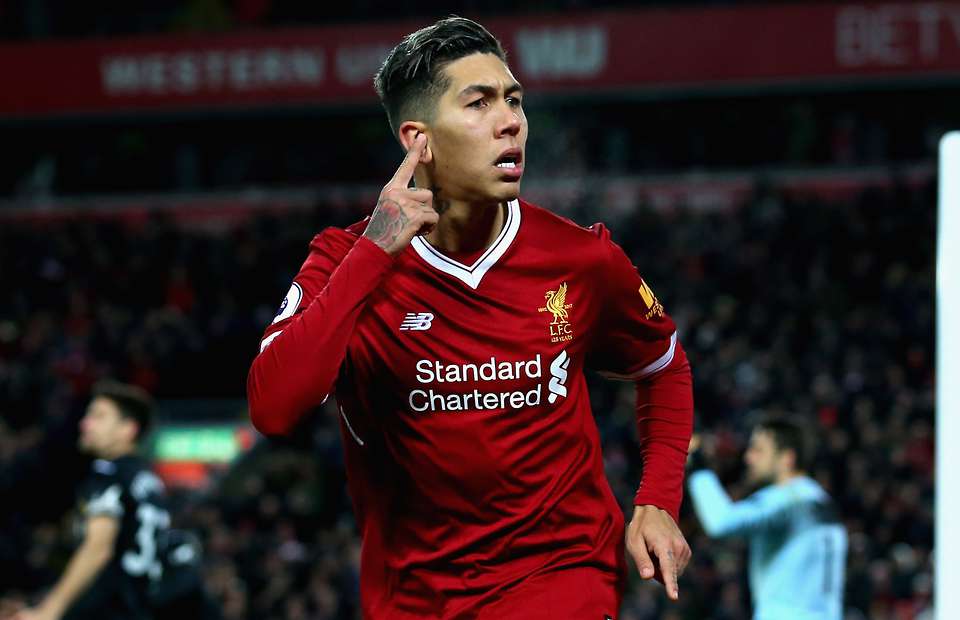 Roberto Firmino has been in great form for Jurgen Klopp's side this season and has said he is happy to stay at Liverpool for 'years to come'.

The 26-year-old is enjoying a fantastic season at Anfield, scoring 19 goals in all competitions and proving 10 assists for his teammates.

The Brazilian was speaking to Esporte and he confirmed that he was very happy at Liverpool and believes that the club are headed for great things with Jurgen Klopp.

Firmino said: “Liverpool are one of the greats in Europe and being able to be part of the history of such a great club is gratifying to me.

“I work hard every day to give my best and I believe that the fans, the coaching staff and the board recognise my delivery by wearing that shirt.

“I’m very happy here at Liverpool and I do not see myself out of that club for years to come.

“I believe I am living one of the best phases of my career and I owe much to the trust that the club has placed in me from the beginning.

“I feel very good here in Liverpool. I am very adapted to the city, the club, and the warmth I receive from the fans makes me even happier with the work we are producing.

“All this support makes me even more willing to conquer great things wearing the shirt of Liverpool.”

On speculation linking him with a move away from Anfield, Firmino was keen to add: “In every transfer window we hear a lot of speculation, but nothing concrete has come to me until now.

“I am very happy here at Liverpool and my thinking is to build a history with many victories and titles by that club. I have a contract with Liverpool until 2020 and I hope to keep it.”

Although Firmino was signed under previous manager Brendan Rodgers, the ex-Hoffenheim man has shown his best moments under Klopp's lead and he stressed the importance of the German manager.

“The arrival of Jürgen Klopp was very important for my growth within the team. Since he arrived here at Liverpool, he has changed my positioning, put me playing as a forward and that was the watershed for me here at the club," he said.

“As I played in another role at Hoffenheim, behind the attackers, I needed some time to adjust. But the more I play, the more I train, the more I feel comfortable acting as an attacker and things are happening in a positive way for me and the team.

“Klopp is a fantastic guy. I rate him as an extremely professional coach, perfectionist, and a winning mentality.

“He came to Liverpool after building a beautiful history in Borussia Dortmund and has done a beautiful job here in England. Since I worked for a long time in Germany, I communicate with him in German and it works very well between us. I’m sure Klopp will be marked in the history of world football for its work and achievements."

“Liverpool have been evolving every season,” he said.

“We will face Porto in the round of 16 and we will have to make two good performances to secure the place in the next phase. Despite the significant loss of Coutinho, I believe that our group can still finish the season by fighting for the title and making good performances.

"While we have chances, we will fight for titles of all the competitions that we dispute. We have a qualified team with very good players and a coach who has a winning mentality. The advantage of Manchester is certainly too great, but we will continue to fight as long as we have chances.”