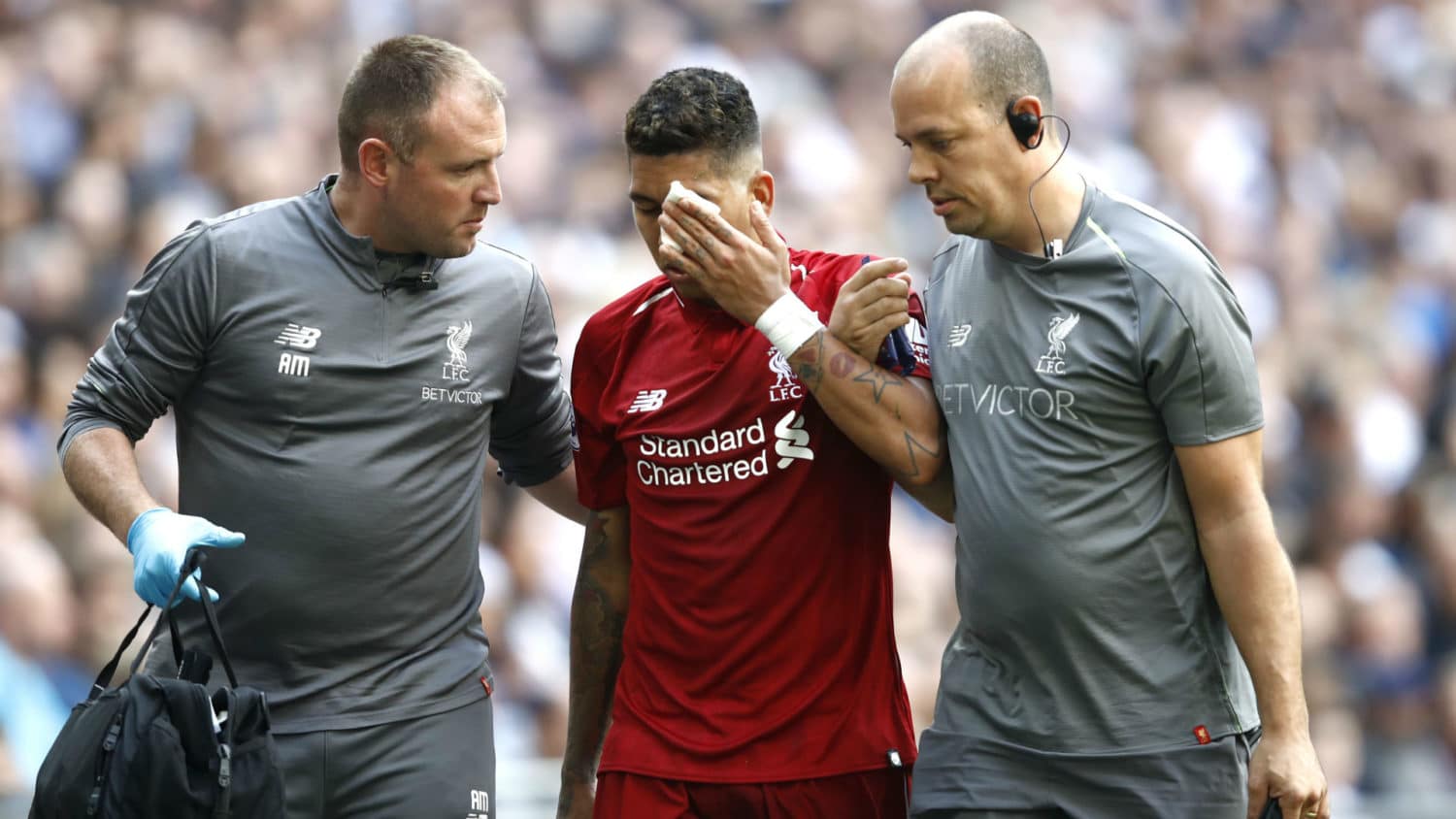 Roberto Firmino suffered an eye injury during Liverpool’s 2-1 win at Tottenham after a challenge from Jan Vertonghen.

Firmino was forced off the pitch at Wembley in the second half following a collision with Spurs defender Vertonghen.

Vertonghen’s hand swiped across Firmino’s face, catching his eye. The Brazilian was unable to continue and it appeared that the injury could be of serious concern.

Following the conclusion of the game, Liverpool boss Klopp said Firmino could be a doubt for the Reds’ Champions League group stage opener against PSG at Anfield.

“We maybe have an injury with Roberto, something with his eye we’ll see,” said Klopp.

“We play PSG and they won yesterday without Neymar and Mbappe, so they can rest players in the league.

“I have no clue what exactly happened, but it’s something with the eye and, at the moment, it’s not comfortable for him.”

However, Firmino has eased Liverpool supporters’ worst fears, as he posted on social media that he and his eye are ‘OK’ after the challenge.

It was just a scare, my eye is ok and so am I. Thank you for all the support and see you soon 😜 #YNWA Foi só um susto, meu olho está bem e eu também! Obrigado por todo o apoio e a gente se vê logo 💪🏼

“Roberto Firmino was discharged from a London hospital this afternoon after receiving good news on the eye injury he sustained during Liverpool's 2-1 win at Tottenham Hotspur. The forward was sent for assessment having been forced from the field in the second half of the Reds’ Wembley victory.

“A hospital examination confirmed an abrasion of the eye, but there will be no lasting damage.

“The issue will be monitored and treated by Liverpool’s medical staff at Melwood before any decision is made on whether Firmino will be able to figure in Tuesday evening’s Champions League encounter with Paris Saint-Germain at Anfield. At this stage, the No.9 has not been ruled out.

“Firmino travelled back to Merseyside separately from his teammates with club doctor Andy Massey following the positive assessment. The players and staff onboard the club flight back to Liverpool sent the Brazilian a video wishing him well, recorded on the team plane.”

Supporters will be hopeful that Firmino can play a part against PSG in midweek, with the Reds in the midst of a busy period in their fixture list.

Liverpool beat Spurs 2-1 on Saturday as they won their fifth consecutive game to continue a perfect start to their Premier League campaign.

Gini Wijnaldum gave Klopp’s side the lead in the first half, before Firmino doubled the Reds’ advantage early in the second half. Erik Lamela scored a consolation goal for the hosts in stoppage time.