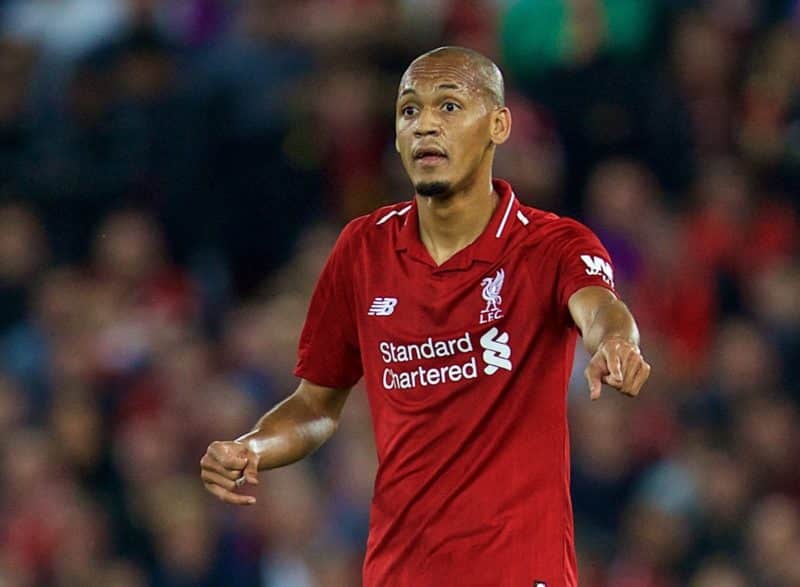 Liverpool midfielder Fabinho's wife has seemingly put to bed suggestions that the Brazilian could be set for move to Paris Saint-Germain.

On the eve of Liverpool’s meeting with PSG, a ridiculous rumour emerged from French publication L’Equipe.

They claim that Fabinho is a January transfer target for the Ligue 1 side, despite only making the move to Liverpool from Monaco in the summer.

Wednesday’s fixture is supposedly seen as “an opportunity” for PSG to try and lure Fabinho to the Parc de Princes.

PSG boss Thomas Tuchel has previously named Fabinho as one of Europe’s best holding midfielders, whilst some have claimed a move to PSG has been a long-term dream of the 25-year-old.

However, there is no doubt it is a ludicrous story designed to unsettle the Reds ahead of the fixture and Fabinho's wife, Rebeca Tavares, has similarly implied that the rumours are unfounded.

When I read some fake news in twitter ......... pic.twitter.com/OCFftntYAr

Liverpool boss Jurgen Klopp has previously spoken about the speculation, branding suggestions he could leave Anfield as “crazy”.

“He used the time to adjust to what we want him to do. That was really good. The last games he played were pretty much all good or better. So, all fine,” the German continued.

“Of course he will not leave. I don’t talk about transfers but if you want to ask, nobody leaves here.

“That would be completely crazy – he doesn’t want to, it’s only the crazy world out there that people, if they don’t play in the last five games, immediately open kind of a transfer market. We are not involved in that.”