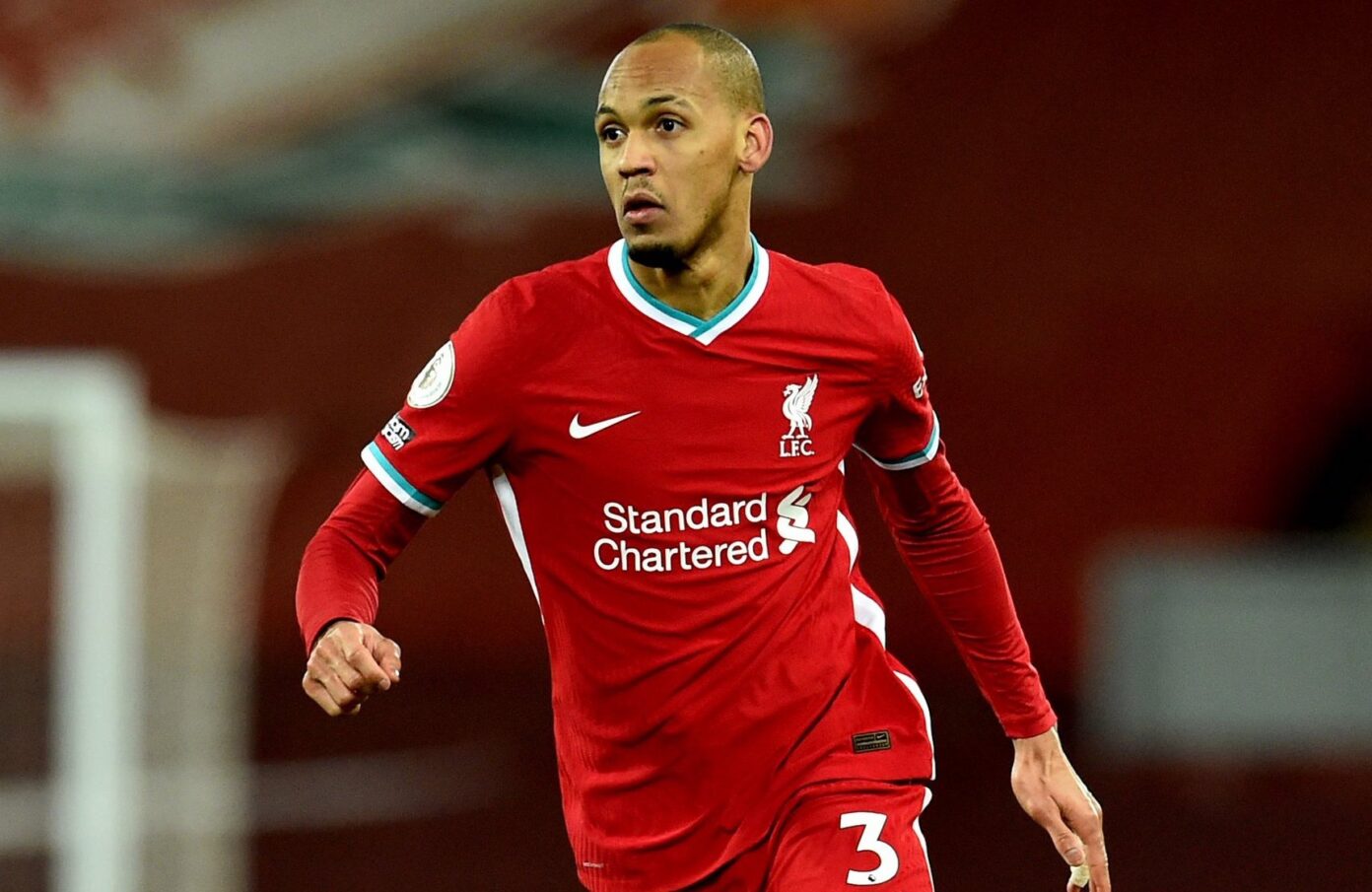 Liverpool midfielder Fabinho insisted the Reds remain "in a good situation" despite dropping points in their last three league games.

The Reds enjoyed a 4-1 victory over Aston Villa in their most recent outing, with Jurgen Klopp's side finally returning to winning ways for the first time since mid-December.

The result followed two stalemates against lowly West Brom and Newcastle, plus a 1-0 defeat at St. Mary's to start the New Year.

The reigning champions' recent form has seen their title rivals close the gap at the top of the table, with this weekend's opponent, Manchester United, steaming ahead with three points against Burnley on Tuesday night.

But despite Liverpool seeing their lead diminish at the top of the table, Fabinho insists the squad's attention remains solely on themselves as they look to "play their football" and "win games."

Speaking before United's win over Burnley, Fabinho said: "I think we (Liverpool and Manchester United) are level on points at the top of the table. We on top goal difference.

"I know they face Burnley tonight and can overcome us. We are aware that the fight isn't only Manchester United but they are definitely confident and enjoying a good momentum in the league.

"They are winning some games that perhaps they weren't last season such as against Wolves. However, our focus isn't exclusively on Manchester United.

"The main thing is to play our football and winning games. Unfortunately, it wasn't the case in the last three matches.

"We have a big opportunity on Sunday against Man United and hopefully we can be the winners."

Fabinho, who has stepped into a centre-back role in lieu of Virgil van Dijk and Joe Gomez this season, was also quizzed on rumours linking Mohamed Salah away from the club.

Despite no concrete links, there have been murmurs suggesting the Egyptian is on the radar of some Europe's biggest clubs.

However, as Fabinho explains, it's "normal" to see players of Salah's ilk being linked with top teams. 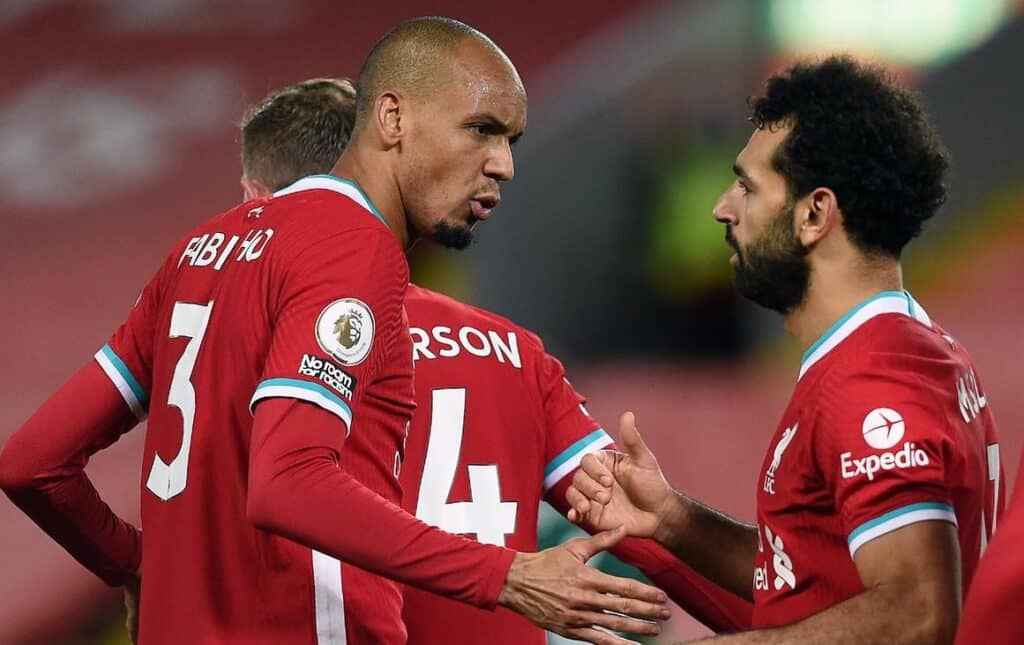 "Big players will always have their names involved in rumours," Fabinho said. "Salah plays for Liverpool, one of the biggest teams in the world. So I think it's normal to see his name linked to other teams, especially from different leagues.

"Anyway, I see him very happy here and pleased with his performances this season. He's very demanding with himself, he wants to be the best, he wants to help the team and works hard for it.

"It's always been the case and it hasn't changed at all. He keeps scoring goals, which everyone is used to seeing.

"In the changing room, he's always talking to everyone and making jokes. I don't see anything affecting him.

"Overall, I am not following the news so I'm not sure about rumours. As I said, top quality players will always be linked to big clubs."

In addition to the talk of potential departures, Fabinho also offered his thoughts on two of Liverpool's summer arrivals, Diogo Jota and Thiago. 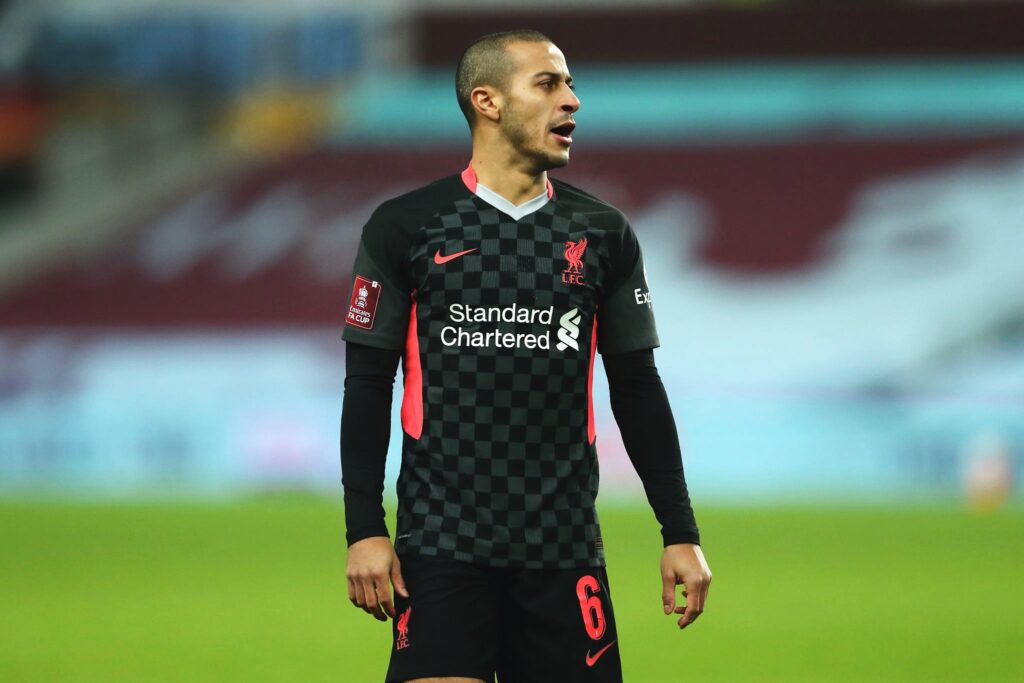 While Jota remains sidelined with a knee injury after a promising start to his Liverpool stint, Thiago has just returned back to the fold following an injury himself.

The standard of the Reds' two new additions are obvious, with Fabinho hoping Thiago can have "a sequence of games" in the side following his return to show off his qualities.

"Their arrival was very important to us. First of all, they fit very well in the team," Fabinho said of his new teammates.

"Jota came in and it seemed he was playing for us for a long time. He was scoring one after another.

"He's like that, he's always at the right place to finish the play. And we really needed someone with his charactersitics.

"Regarding Thiago, I've always admired his football. He's a different player, he's a rare midfielder, you won't find many like him. So it's a privilege to have him with us.

"We hope he can have a sequence of games to get confidence. I do believe he will be a key part of the team.

"On a personal note, they are two Portuguese speakers and it's great to have two more. Well, more Thiago, who is half-Brazilian, half-Spanish.

"Anyways, it's nice to speak our mother language every now and again at the club. And for their adaption it's also helpful, even though they speak English very well."