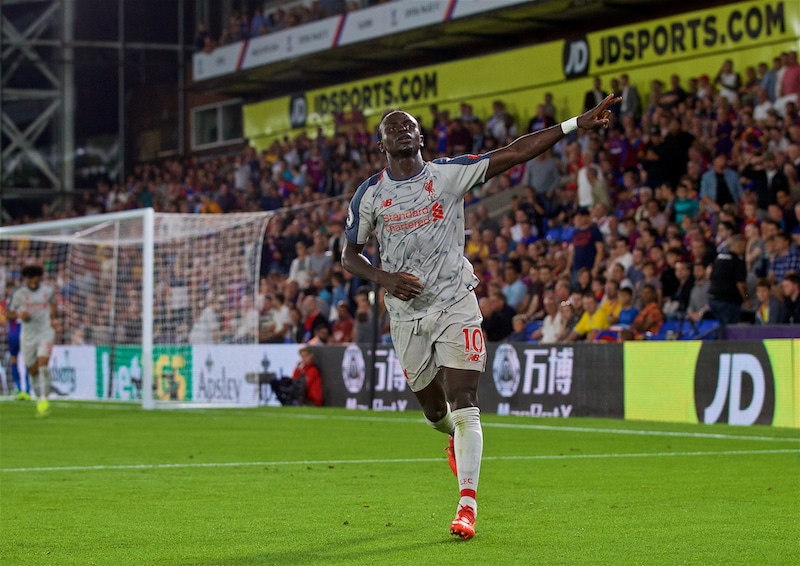 Liverpool made it back-to-back wins to the start of their Premier League campaign with a 2-0 victory over Crystal Palace at Selhurst Park on Monday.

Goals in the final minutes of each half from James Milner and Sadio Mane respectively saw the Reds take control of a finely balanced match.

Milner opened the scoring with a penalty just before the interval after Mohamed Salah was fouled while attempting to wriggle away from Mamadou Sakho.

And Mane wrapped the three points up in the 93rd minute, the number 10 racing onto Salah’s pass and rounding Wayne Hennessey after the Reds had absorbed a late flurry from Palace - who had seen Aaron Wan-Bissaka sent off with a quarter of an hour left for tripping the Egyptian as he bore down on goal.

Roberto Firmino was the only one of Liverpool's front three not to get on the scoresheet in their opening-weekend thrashing of West Ham United and had the ball in the net on 22 minutes.

The Brazilian pounced on a Wayne Hennessey fumble to knock the ball home from close range but his strike was quickly ruled out for a foul by Sadio Mane, who had thumped into the Palace goalkeeper.

A series of near-misses at both ends followed, the first of which fell to Mohamed Salah who overhit his attempted lob of Hennessey after running onto and controlling a measured pass from Naby Keita.

A slack pass from Liverpool's summer signing a minute later gifted possession to Andros Townsend, who whipped a trademark left-footed curler from 30 yards against the crossbar, with Alisson beat in the Reds goal. 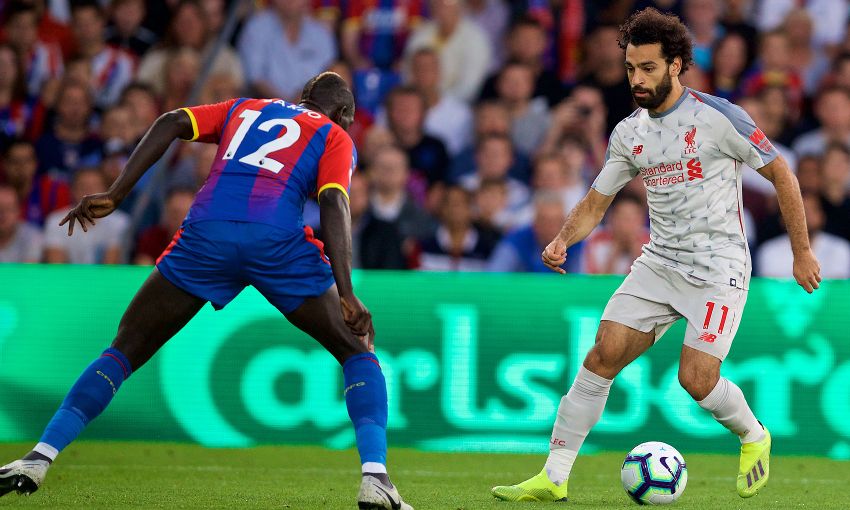 Keita continued to be heavily involved and should have made more of his chance on 27 minutes, when the ball broke kindly for him in the left side of the area and he struck tamely at Hennessey's near post.

Jeffrey Schlupp opened his Palace account with a goal in their 2-0 win over Fulham last Saturday and was lining up two in two games when he dragged a shot wide from 25 yards, ignoring the run of Wilfried Zaha who was on the periphery for much of the first period.

Liverpool should have gone ahead through an unlikely source when a cross from Milner reached Robertson at the back post, only for the Scottish full-back to blaze his volley from the penalty spot high over the crossbar.

Palace appeared to have done enough to keep the rampant Reds out until the break but a 44th-minute penalty allowed Milner to give the visitors a hard-earned lead as he buried his spot kick into the bottom corner.

Former Liverpool defender Mamadou Sakho was the culprit as he had a couple of clumsy nibbles at Salah and invited the Egyptian to go down, albeit softly, as he looked to turn the Frenchman from Firmino's pass to feet.

The hosts responded well to begin the second period on the front foot but were largely limited to efforts from range. Alisson pushed Luka Milivojevic's free-kick around the post and was also equal to Christian Benteke's header.

The big-money Brazilian also showed assured handling to hold a deflected Zaha shot from 12 yards out, which proved to be Palace's last decent chance of an equaliser as Wan-Bissaka was sent off two minutes later.

Salah had run clear on a Liverpool counter and the young full-back had little choice but to bring the Egyptian down on the edge of the box, with referee Michael Oliver deeming him to have denied a goalscoring opportunity. 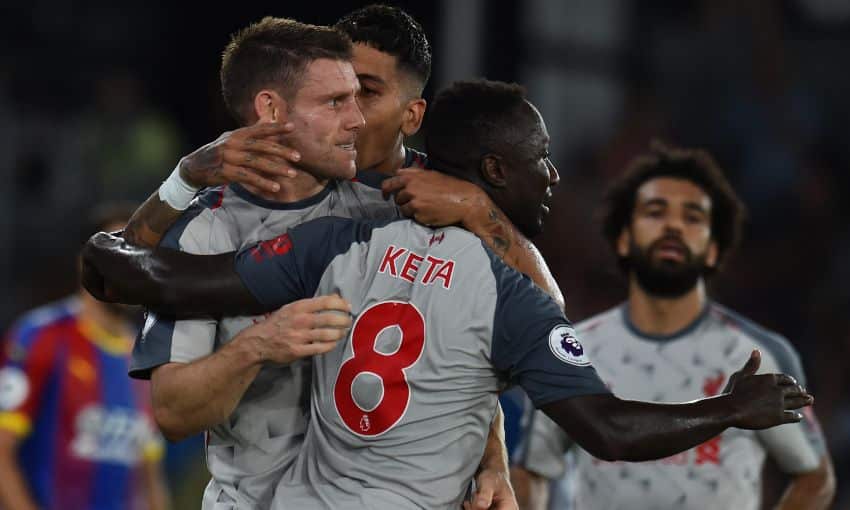 Another lightning break from the Reds wrapped up three points in stoppage time, with Salah releasing Mane to round Hennessey and slot into the empty net for his sixth goal in eight league outings against the Eagles.

This was Liverpool's fifth straight win at Selhurst Park, helping them banish the memories of the 2013-14 title slip up and convince even more people that they will be genuine challengers to Manchester City this term.