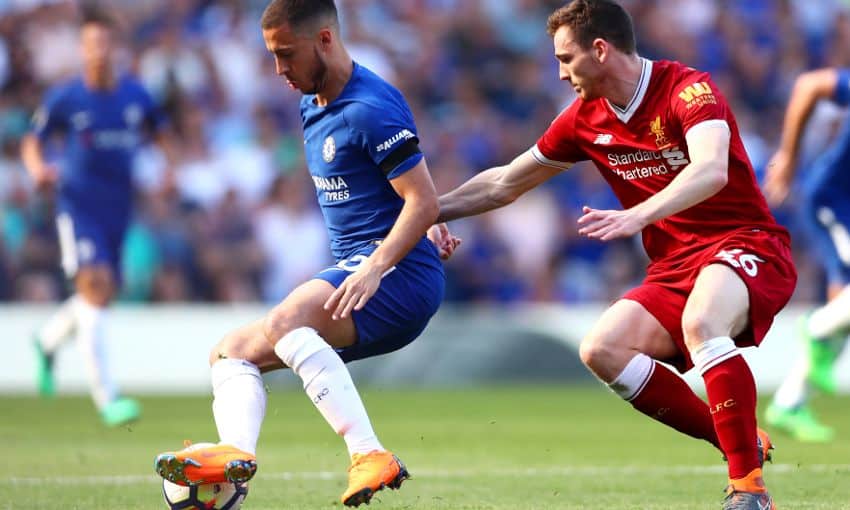 Watch highlights of Liverpool's 1-0 defeat to Chelsea at Stamford Bridge on Sunday, as the Reds lost just their fifth game of the Premier League season.

Chelsea took the lead in the 32nd minute, as Olivier Giroud headed past Loris Karius from Victor Moses’s cross.

The Reds dominated much of the game and saw plenty of possession, but were unable to find a decisive breakthrough against a well-drilled Blues defence.

Liverpool started the game knowing a point would all but guarantee a top-four finish, whilst a victory would confirm European qualification for next season. Chelsea, meanwhile, knew they had to win to keep their Champions League hopes alive.

The result means Jurgen Klopp's side may have to beat Brighton and Hove Albion at Anfield on the final day of the season, should Chelsea win their game in hand against Huddersfield Town on Wednesday.

A win for both Liverpool and Chelsea on the final day would see both sides finish on 75 points, but the the Reds should qualify due to their superior goal difference over Antonio Conte's side. 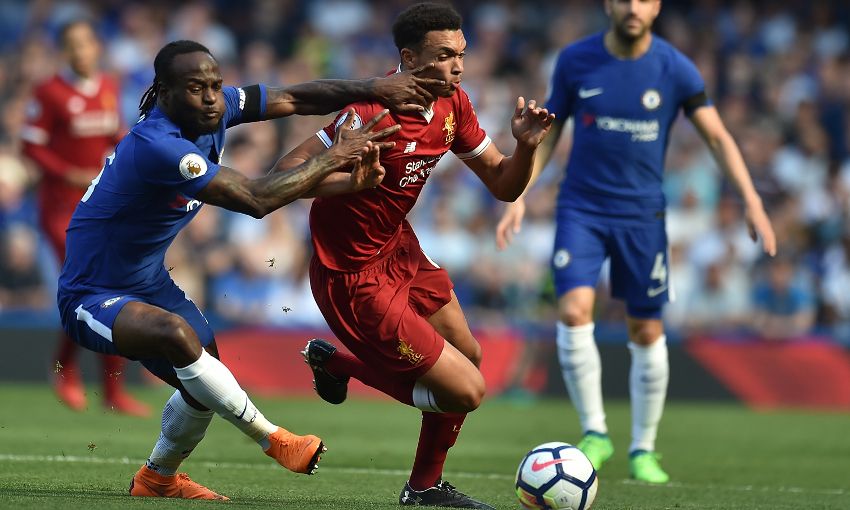 ‣ Olivier Giroud the match-winner for the Blues
‣ Sadio Mane with best chances for Liverpool
‣ Liverpool are third in the table, one point ahead of Tottenham and three in front of Chelsea, who both have a game in hand
‣ Reds must win against Brighton on final day to secure top four

Jurgen Klopp made one change to the side deployed in Rome during Liverpool's midweek Champions League semi-final tie.

Nathaniel Clyne came in for skipper Jordan Henderson, who moved to the bench, whilst Trent Alexander-Arnold began in a midfield role.

The Reds' started the game well and had the first effort through Roberto Firmino, who reached Alexander-Arnold’s ball forward, but the Brazilian was kept out by Thibaut Courtois.

Despite Liverpool being in control, they had few defensive lapses and the Reds defence were lucky when Giroud and Tiemoue Bakayoko got in each other's way after Eden Hazard’s delivery.

Clyne’s low delivery then reached Sadio Mane, who scooped over before shooting straight at Courtois with a left-foot shot from 20 yards.

Mane, who looked the most threatening for Liverpool, then partnered up with Andy Robertson to set up a chance. The Senegalese's initial shot was parried and he then diverted to Firmino, who saw his toe-poke kept out by Courtois. 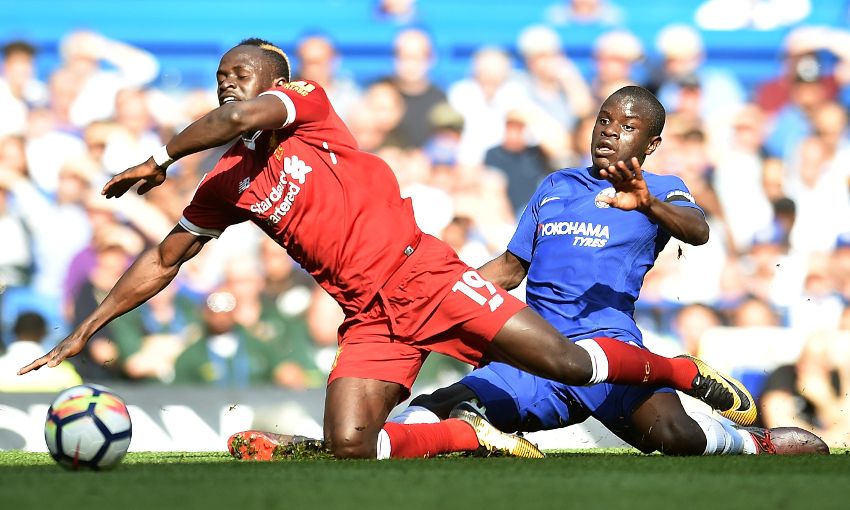 Chelsea took the lead following the half hour mark as Moses’ delivery took a deflection into the vicinity of Giroud, who headed past Karius from close range.

Conte's side could have doubled their advantage soon after, however Cesc Fabregas shot across the face of goal and wide, meaning both teams entered the break with just Giroud's goal separating them.

Chelsea started the second half well, with Moses shooting inches wide of the far post after being found in space and Hazard’s shot needing a stop from Karius.

Clyne was then replaced by captain Henderson on 58 minutes and Dominic Solanke came on for Robertson as the Reds looked to fight their way back into the game.

However, Liverpool failed to carve out many opportunities as Marcos Alonso almost scored a superbly executed volley, only for the ball to whistle past the far post.

Solanke headed over a good opportunity and Virgil van Dijk headed straight into Courtois’ gloves in stoppage-time as the home side held out for the win.