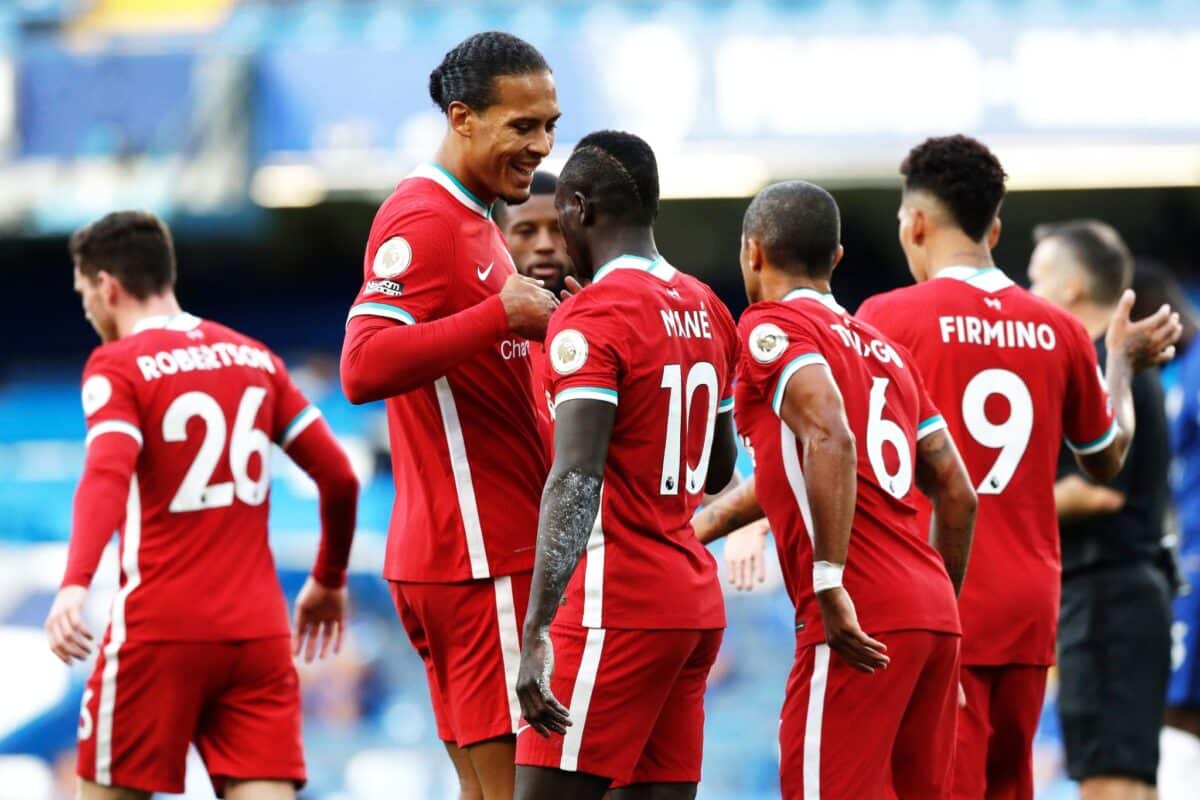 Watch all the highlights and goals from Stamford Bridge as Liverpool beat Chelsea 2-0 on Sunday afternoon.

As it happened →
Full match report →

The Reds showed just why they are the reigning Premier League champions as they earned their first three points on the road this season.

Having dominated possession throughout the first half, the Reds were given a boost just ahead of half-time as Andreas Christensen was sent off for bringing Sadio Mane down to deny a goalscoring opportunity.

New signing Thiago came on for Jordan Henderson during the break, with the Reds skipper being forced off with a knock to his thigh.

It took Liverpool five minutes into the second half to make the advantage count. An exchange of passes between Roberto Firmino and Mohamed Salah saw the former chip a ball in towards Mane, who expertly headed the ball into the back of the net.

Mane doubled the lead just four minutes later. Having originally lost the ball, he chased down Kepa Arrizabalaga in goal and got on the end of his attempted pass, collecting the ball and finishing from close-range to make it 2-0.

Liverpool were in cruise control for much of the remainder, although Chelsea were given a way back into the game after Thiago brought Timo Werner down in the box.

However, Alisson fell brilliantly to is left to deny Jorginho from the ensuing spot-kick, ensuring the Reds keep their 2-0 advantage and secure all three points.

Disclaimer: Chelsea vs Liverpool highlights, goals and full match videos are provided and hosted by external sources. We help you discover publicly available material and act as a search engine. We do not host or upload this material and are not responsible for the content.