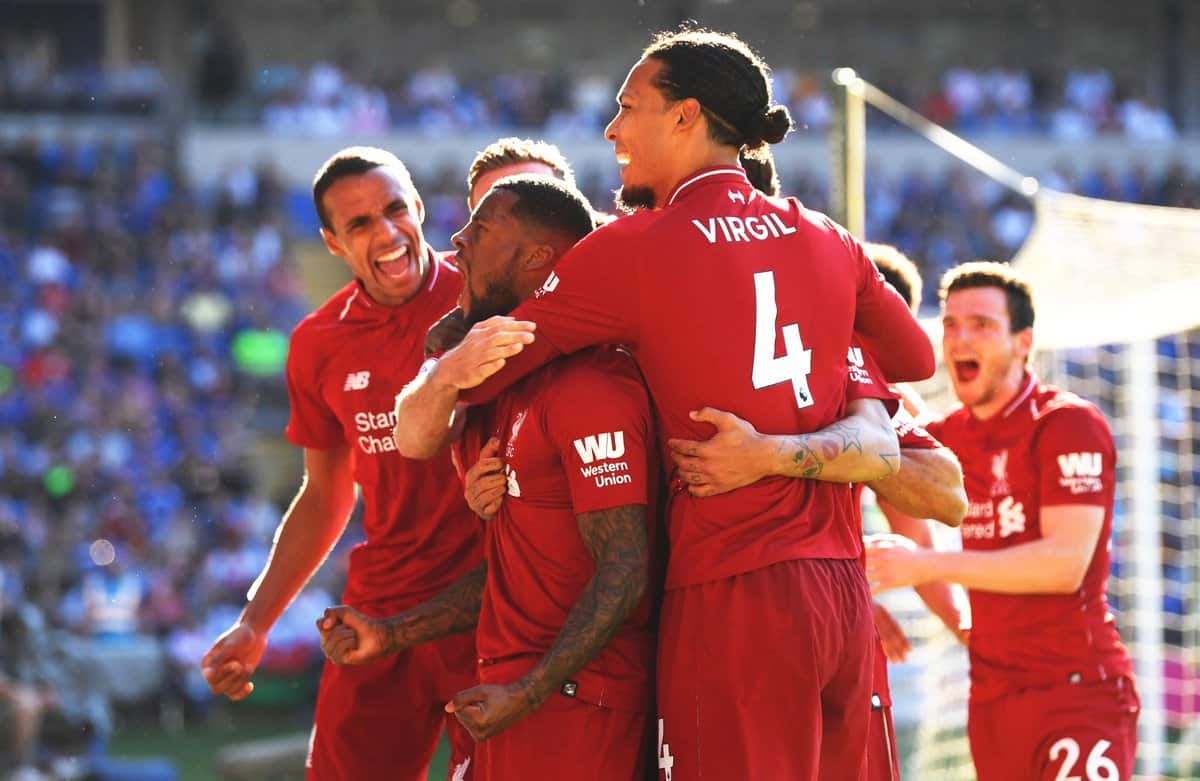 Cardiff vs Liverpool highlights – Liverpool scored twice in the second-half to earn a valuable three points against Neil Warnock's side on Sunday.

Jurgen Klopp's side needed all three points after title rivals Manchester City beat Tottenham on Saturday to head back to the top of the Premier League table.

Despite dominating much of the proceedings, Klopp looked largely disappointed with his wasteful side before heading into the break.

The Reds looked reinvigorated after the manager's half-time team talk and they were rewarded just before the hour mark after a Trent Alexander-Arnold corner.

The right-back swung in a low cross towards the near post that was swept in by Gini Wijnaldum, whose delight and relief in equal measure was clear to see after putting Liverpool 1-0 up. 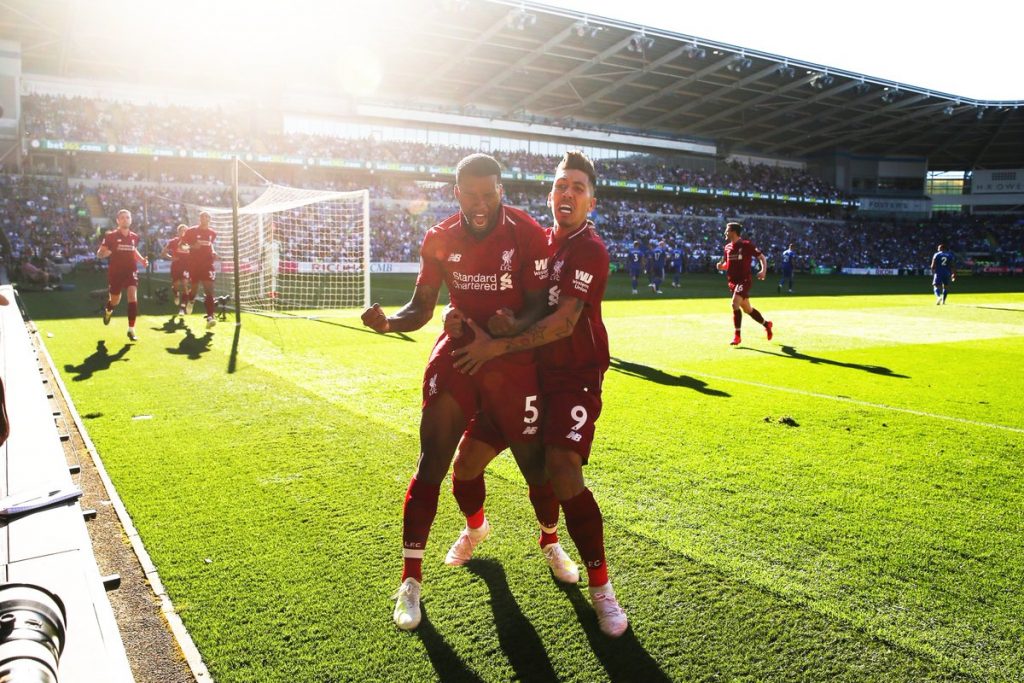 The hosts looked unable to get themselves back into the game as Liverpool continued to dominate possession and the rhythm of the game.

The manager brought on Fabinho for Naby Keita as he looked for fresh legs, however the Brazilian was involved in a clash of heads less than two minutes after coming on and was replaced by James Milner.

With less than 10 minutes remaining, Cardiff defender Sean Morrison pulled Mohamed Salah down in the box and Milner stepped up to convert the ensuing penalty by sending Neil Etheridge the wrong way.

Klopp's side head back to the top of the Premier League table on 82 points, with Manchester City two points behind with a game in hand against Manchester United on Wednesday.