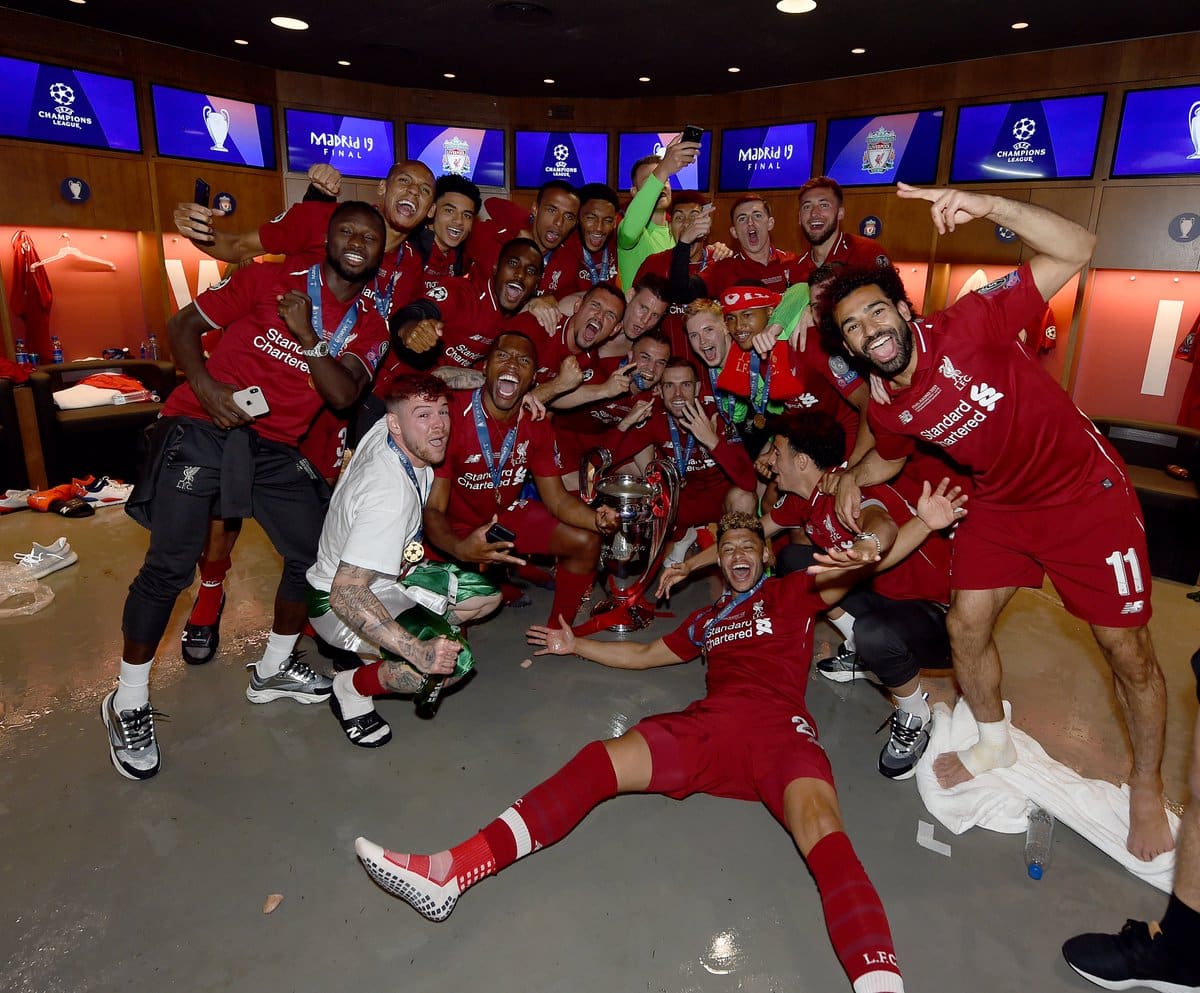 Liverpool lifted the Champions League trophy after defeating Tottenham 2-0 in the final in Madrid on Saturday night.

Divock Origi scored in the closing stages to add to Mohamed Salah's penalty inside the opening two minutes as the Reds beat Spurs at the Wanda Metropolitano Stadium.

There were jubilant scenes at full-time as players and fans celebrated bringing Liverpool's sixth European Cup back to Merseyside.

The Liverpool players and manager Jurgen Klopp and his coaching staff will be welcomed back home as living legends and heroes - with the immensity of the achievement not lost on anyone. 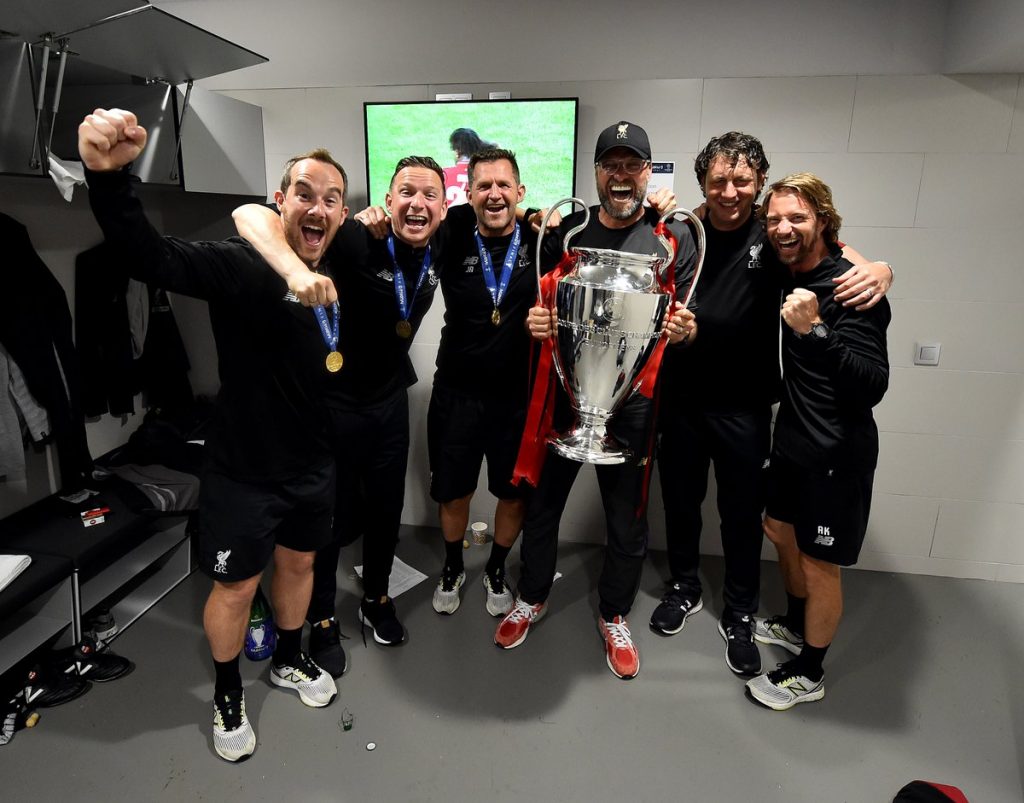 It was the Reds' first trophy in seven years and their first under Klopp - at the fourth time of asking - and the players were in no mood to stop celebrating in the dressing room.

I watch this and worry for his knee 😂

The club released a sneak preview of the celebrations from inside the dressing room after the game, with a chorus of 'Campeones, Campeones' sung loudly by the Reds.

There will undoubtedly be plenty more footage to come in the next few days, with the Reds' home-coming set for 4pm on Sunday afternoon.