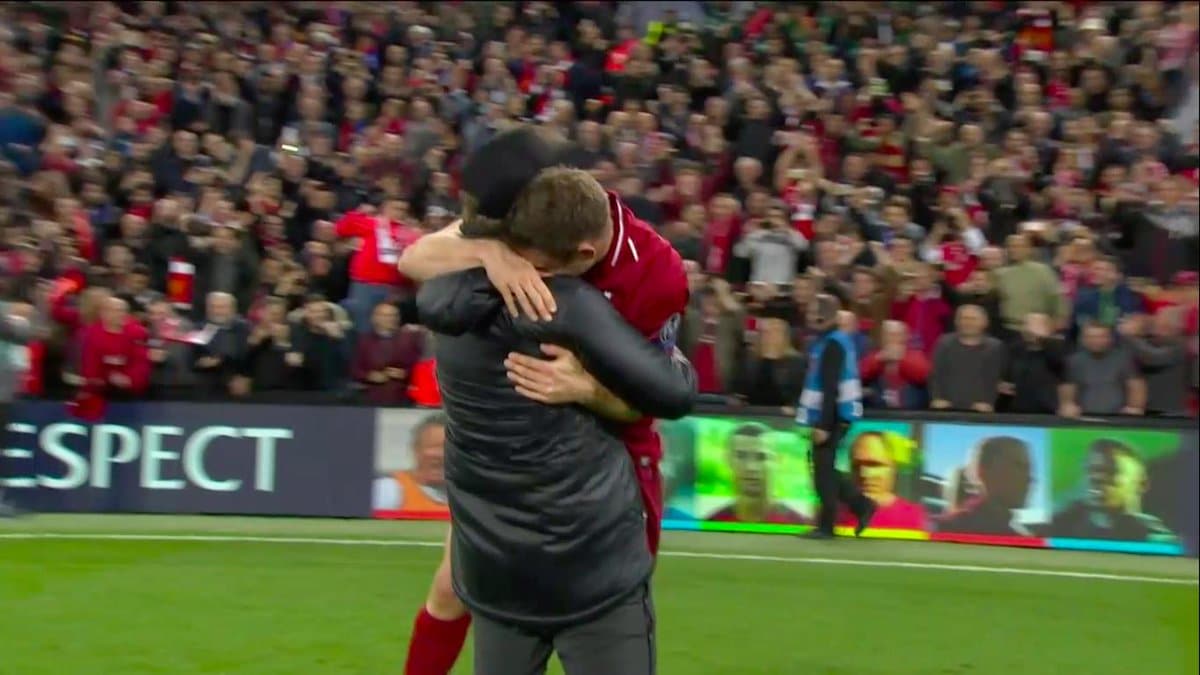 James Milner was brought to tears after Liverpool sensationally beat Barcelona at Anfield to progress to the Champions League final.

Liverpool's never-say-die attitude was on show yet again as the Reds beat Ernesto Valverde's side 4-0 to overturn the daunting deficit from last week's first-leg on Tuesday night.

Divock Origi put the Reds ahead in the first-half before Gini Wijnaldum came on at half-time to score a quick-fire brace and even things out.

Anfield erupted when Origi scored his second from a quick corner with a little over ten minutes to go as he sealed an improbably 4-3 victory on aggregate for Liverpool.

Jurgen Klopp's side are in the Champions League final for the second year running as they look to make amends for last year's heart-break in Kiev.

James Milner is in tears, Klopp runs over and gives him a hug!

The emotions at Anfield were clear to see after the full-time whistle as Wijnaldum fell to the ground and Milner was reduced to tears.

Speaking after the game, manager Klopp said: “Now... I am so emotional. When I saw the tears in the eyes of my players, it is so special.

“I saw James Milner crying on the pitch after the game. It means so much to all of us. I really mean all of us.

“You could see the faces in the stadium. There are more important things in the world but creating this sort of emotional atmosphere is so special.

“Getting the reward for that… It’s all about the players.

“The whole game was too much. It was overwhelming. We played against maybe the best team in world. 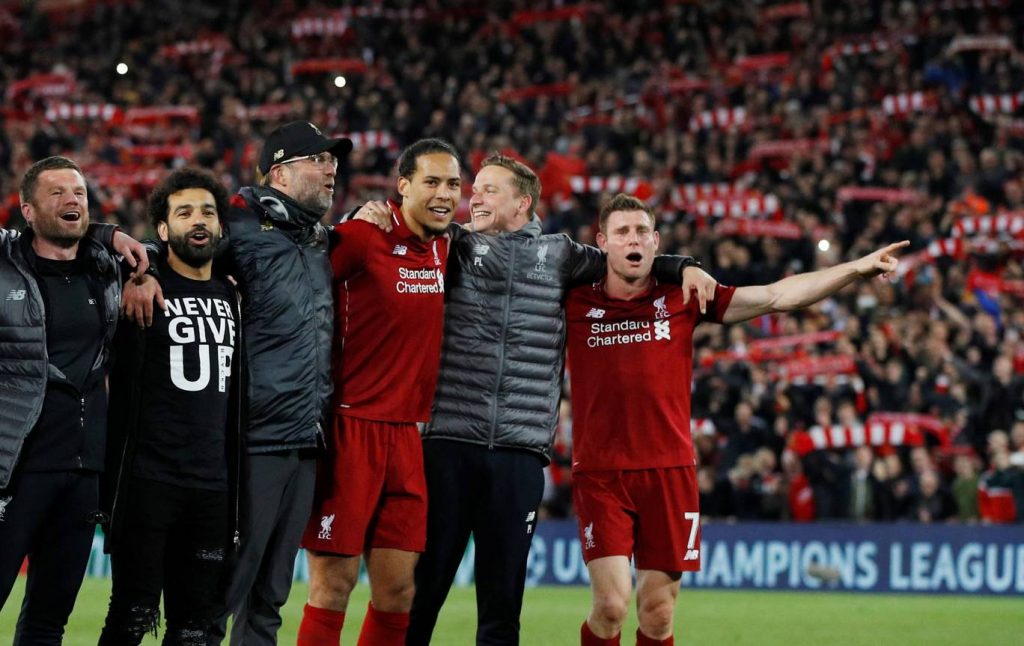 “Winning is difficult but winning with a clean sheet, I don’t know they did it. It’s unbelievable.”

Origi, who also netted Liverpool's winner against Newcastle at the weekend, was also in awe of the passion shown by the fans, saying: “It’s just special, you can feel it, you can hear it.”

Liverpool will wait to find out who their opponents will be in the final in Madrid with Ajax holding a 1-0 lead over Tottenham ahead of their second-leg on Wednesday.