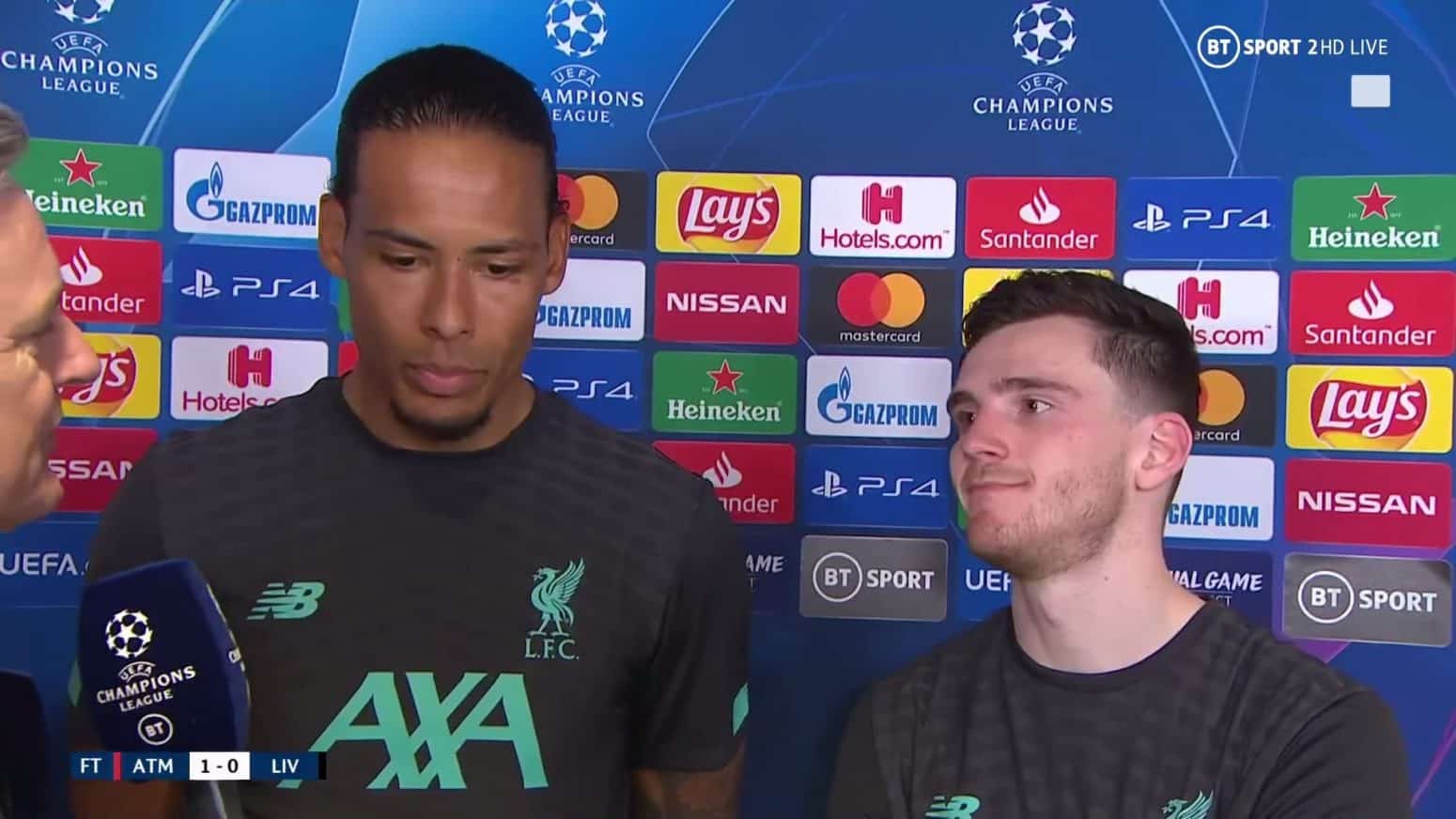 Andy Robertson and Virgil van Dijk both criticised Atletico Madrid's play-acting but remained full of confidence ahead of the second leg at Anfield.

Liverpool fell to a 1-0 defeat in the first-leg of their Champions League round-of-16 meeting against Diego Simeone's side on Tuesday night after an early goal from a corner by Saul Niguez.

Atletico set up to frustrate the Reds for the rest of the match as they stuck to a low block and called foul at every given opportunity.

Their plan to stop Liverpool from gathering momentum appeared to work a treat with the referee being influenced to give a decision in Atletico's favour in front of a raucous home crowd.

"They celebrated like they won the tie after the game, so let's see."

"They're coming back to Anfield, we know our fans will be there."

However, Liverpool still remain huge favourites to progress at Anfield next month, with Robertson relishing the second leg to come.

“We gave them the best possible start for them to get the fans up behind them and they could start falling over and trying to get under our skin a bit,” Robertson said.

“I think we handled it quite well, to be honest, with them falling over quite easy and we got on with it.

“But we know we are better than that. We put in a decent performance but we know we can do better and luckily we have a second leg to put it right.”

On Simeone’s extravagant celebrations, Robertson said: “That’s what he is. When you’re not playing against him it’s probably great to watch, he’s full of enthusiasm, I think he was like that as a player. 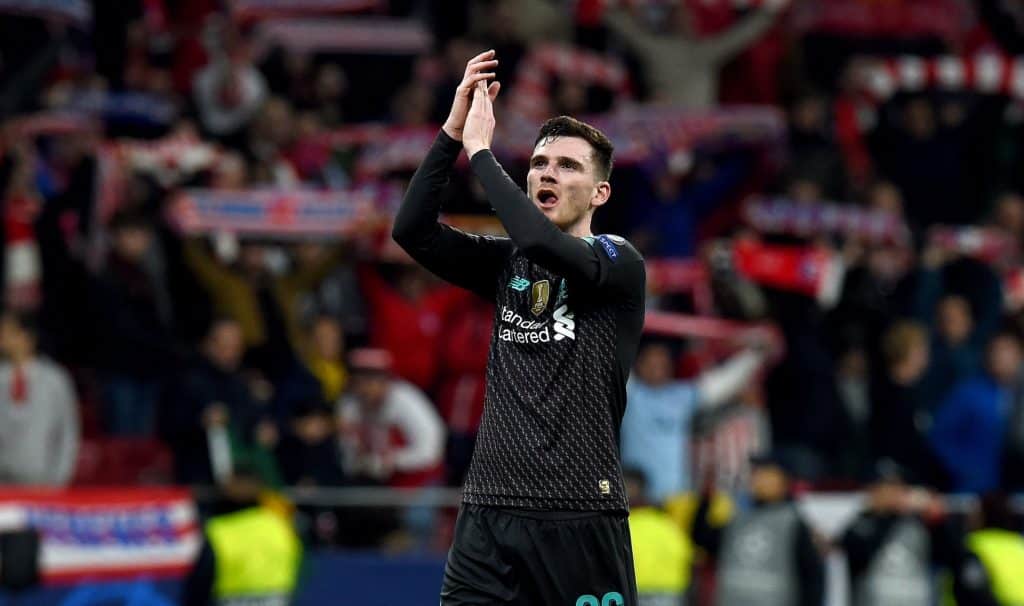 “We’ve got no problem with that, but they’ve celebrated as if they’ve won the tie after the game.

“So, look. Let’s see. We’ve got a couple of weeks, we’ve got Premier League business to take care of, and they’re coming back to Anfield.

Meanwhile, Van Dijk echoed his fellow defender's sentiments, saying: “I think that’s the way they play, that’s a bit of the Spanish football as well.

“You have to adapt, but we knew it and I think as Robbo said we handled it pretty well. Obviously sometimes it’s not easy, but it’s part of their game and we need to adapt.

“We have another 90 minutes to set it straight and we should be full of confidence still.”