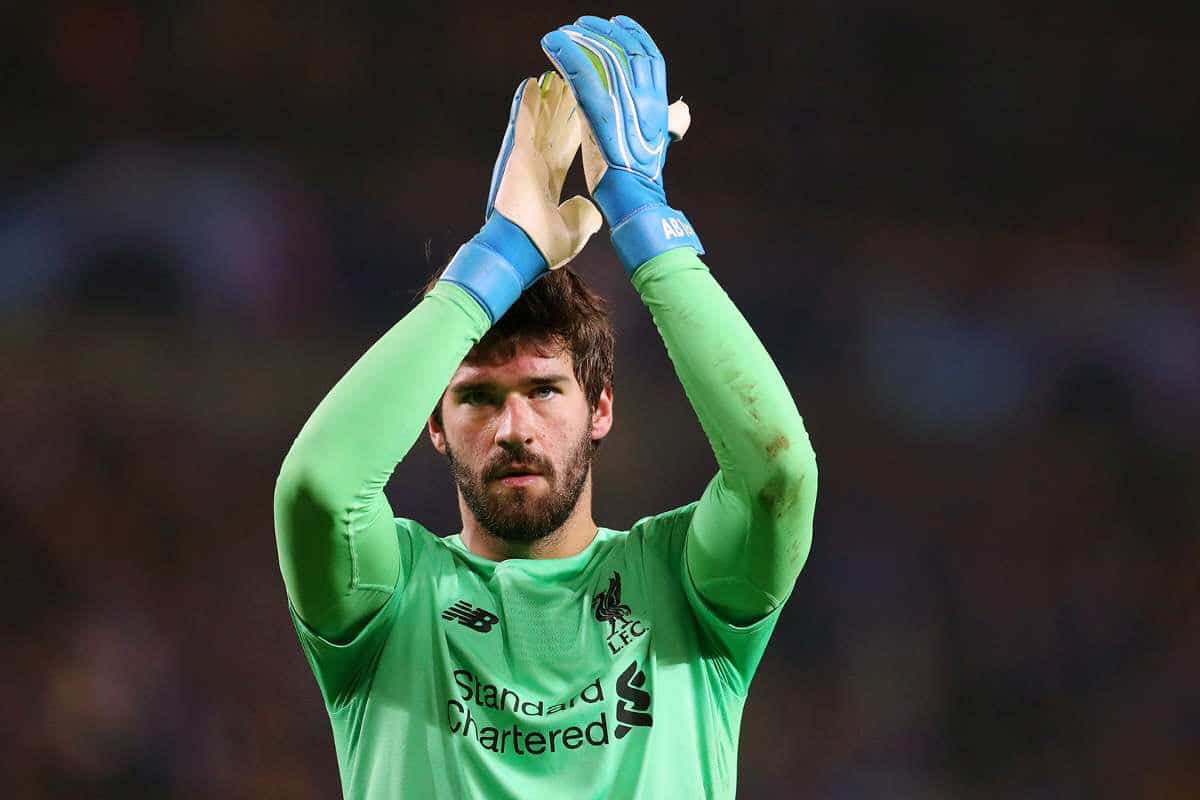 Liverpool made a fantastic start to the evening as Mohamed Salah combined with Naby Keita, who scored the opener with a confident finish in the 12th minute.

But Monterrey immediately responded through Rogelio Funes Mori, who finished a rebound from close-range to net an equaliser for the Mexican side.

Both sides had their fair share of chances but failed to convert - with Alisson playing a big part in keeping the Liga MX side at bay - as the match looked set to head into extra-time.

However, substitutes Trent Alexander-Arnold and Roberto Firmino broke the deadlock in added time as the Reds right-back sent a well-placed low cross towards the Brazilian, who beat Marcelo Barovero with a clever flick to secure a 2-1 win.

The result sees Liverpool qualify for Saturday's showpiece final against Brazilian side Flamengo as they look to be officially crowned as the world's best side.

Klopp ran on to the pitch to embrace Alisson after the game, later praising the goalkeeper for his contribution in "decisive moments." "It was a really hard game and then you can bring on the boys. It was a wonderful goal, a great game and a super atmosphere.

"I thought the boys did exceptionally well. It was probably the most offensive midfield I’ve ever lined up!"

Speaking after the game, Alisson said: "It was a busy night but it’s my job and what I work for.

"I’m happy that we have won that game and I could help the team to be in the final of this important tournament that we are in."

Liverpool were without Virgil van Dijk in defence, with Jordan Henderson taking his place in the starting eleven.

Klopp conceded he is still unsure whether the Dutchman will play against Flamengo, with the 28-year-old's potential absence a big concern for the Reds.

"We have no clue about Virgil, we thought he would be fine. We will see," Klopp said.