'All the Academy staff were texting each other' 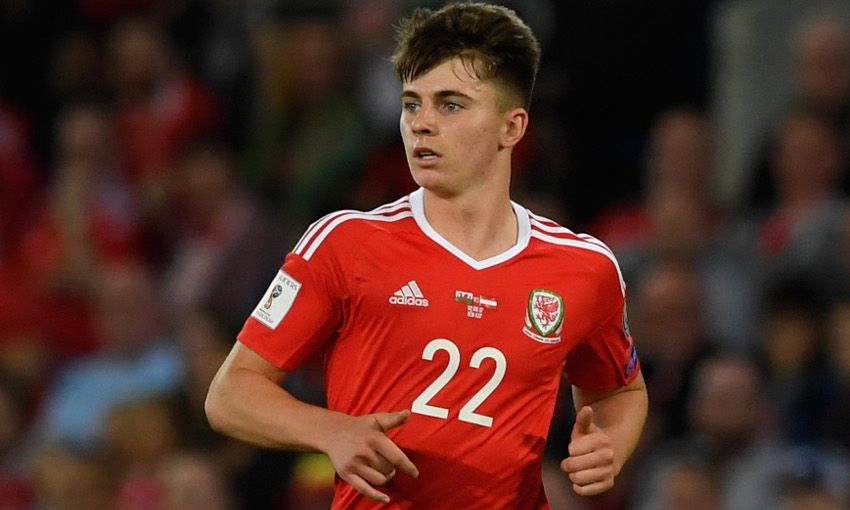 The 17-year-old was handed his first senior cap in somewhat pressurised circumstances on Saturday, emerging from the bench 69 minutes into a World Cup qualifying match against Austria with the score tied at 0-0.

Just five minutes later, Woodburn had found the net with a brilliant strike from the edge of the box that earned his country three crucial points and announced his arrival on the international stage.

That the teenager followed that memorable moment up by setting up the breakthrough goal after appearing as a substitute against Moldova on Tuesday has only served to heighten the buzz around his potential.

And that resonates all the way back to the coaches who have developed him in Kirkby, according to the man who handed Woodburn his U18s bow.

“He’s had a great week, hasn’t he? It was a fantastic moment the other night. All the staff were texting each other,” Critchley told the Liverpool Echo.

“It made the hair on the back of your neck stand up. It was like: ‘Wow’.

“He scores and you just think that’s an unbelievable moment for him. Then [against Moldova] he had another good cameo off the bench and he did extremely well again.”

Of course, Critchley remains keen to preach patience when it comes to Woodburn's development.

The U23s boss sees plenty of areas where the young Welshman can still improve - both technically and physically.

“As you know I’m going to say, he’s only 17. He’s got so much to do. He’s potential, a prospect - an exciting prospect," he continued.

“He will know when he comes back to Melwood and he will look around and think: ‘I’ve got some work to do here as well’. He’s like that. He comes from a good background, a good family.

“He’s a level-headed boy and he will keep his head down and keep working because that’s the way he is.

“He’s [also] got a few years of physical development and growth still to come.

“Obviously he’s been at Melwood for the whole of last season. When you get the odd chance to see him come down for some of the training sessions before we played Sunderland, it’s like seeing your own son or grandson after you’ve not seen them for a few months.

“You think: ‘Wow, he’s grown’. You see Ben and you go: ‘Look at him. He’s filled out looks bigger’. Ben looked like that when I saw him recently.

But the Academy coach could not help but praise the level-headedness shown by Woodburn in the pressure cooker environment of a crucial qualifier.

“I heard Dean Saunders talking about him, saying in some way he played like a 12-year-old and in some ways he played like a 30-year-old. I knew exactly what he meant. He was exciting to watch and he had that youthful exuberance of ‘give me the ball, I’ll do something’.

“But he actually played like a 30-year-old - his decision-making, his intelligence and use of the ball in pressurised situations was brilliant. That shows the mark of the player he could become.

“Doing that for half an hour is just small stepping stones and it’s not a career. He’s got a long way to go.”

Had things turned out differently, Critchley could have linked up with Woodburn earlier in his career - and not in Kirkby.

As the 38-year-old explained, he once attempted to keep Wales' second youngest goalscorer of all-time out of the clutches of Liverpool.

Critchley said: “He came to the club when he was seven or eight. It was ironic because I knew Ben when he was seven and eight because I was at Crewe and he was coming to Crewe’s pre-academy. We were trying to sign him and he chose to come to Liverpool.

“Obviously, when I joined the club and knew he was here, it was great to get that opportunity to work with him again. I take some pride but no more than the U8 or U9 coach, I’m just part of the process.

“Giving him his debut at U18, it wasn’t an Einstein decision. We all make the decisions together and we’re part of it. He’s doing it himself.

“We just guide him and help him along the way. That’s what you tend to do with the best players.”