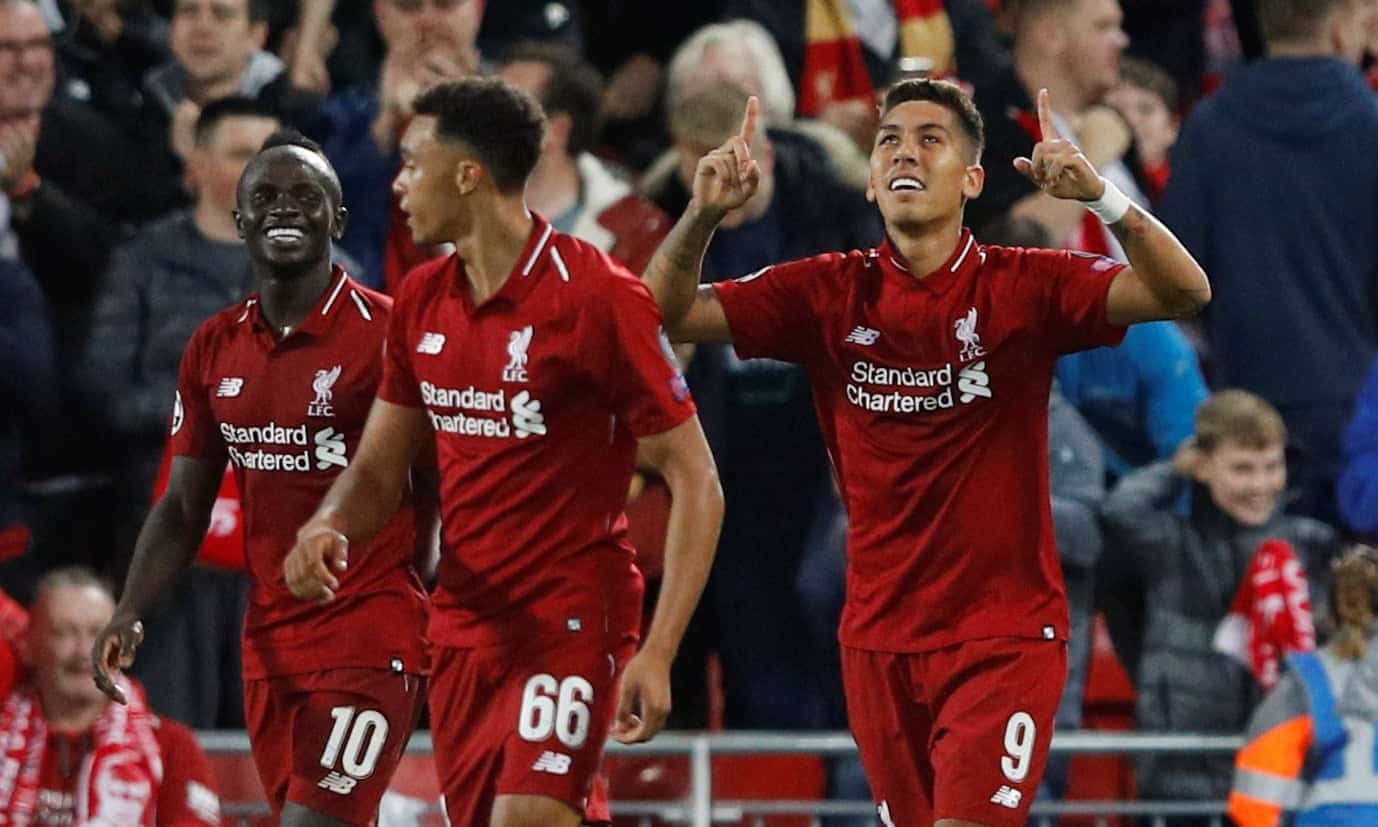 Take a look at what the papers made of a dramatic opening game in Group C between Liverpool and Paris Saint-Germain.

Liverpool beat PSG 3-2 on Tuesday as they opened their European campaign with a fascinating game under the lights at Anfield.

Daniel Sturridge gave Liverpool the lead on the half-hour mark, before James Milner converted a penalty to put the Reds 2-0 up.

PSG right-back Thomas Meunier scored five minutes before the interval whilst Kylian Mbappe equalised for the visitors in the last ten minutes.

With just seconds to go, substitute Roberto Firmino danced around the PSG defence as he buried a low shot past goalkeeper Alphonse Areola to snatch the win.

Despite their being seven other fixtures on match-day one, including Spurs' 2-1 last gasp defeat to Inter Milan, papers in the UK focused on the Reds' memorable victory.

Here's what they had to say... 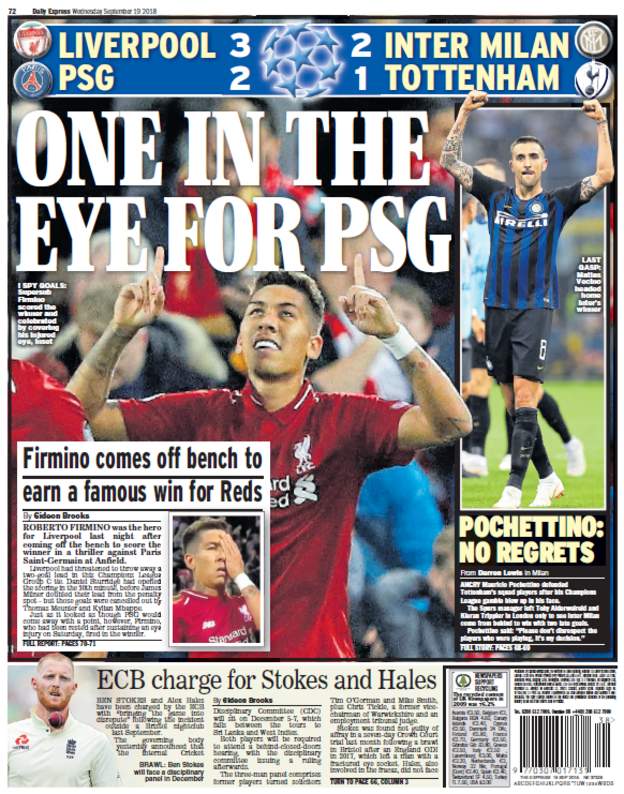 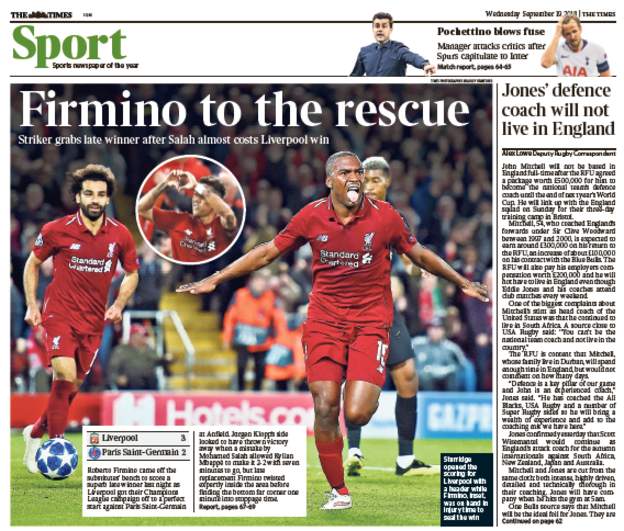 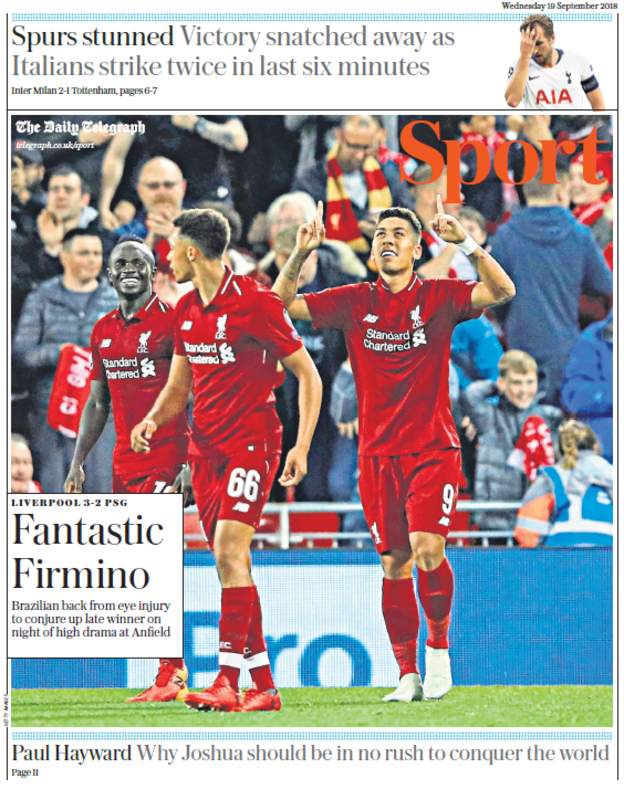 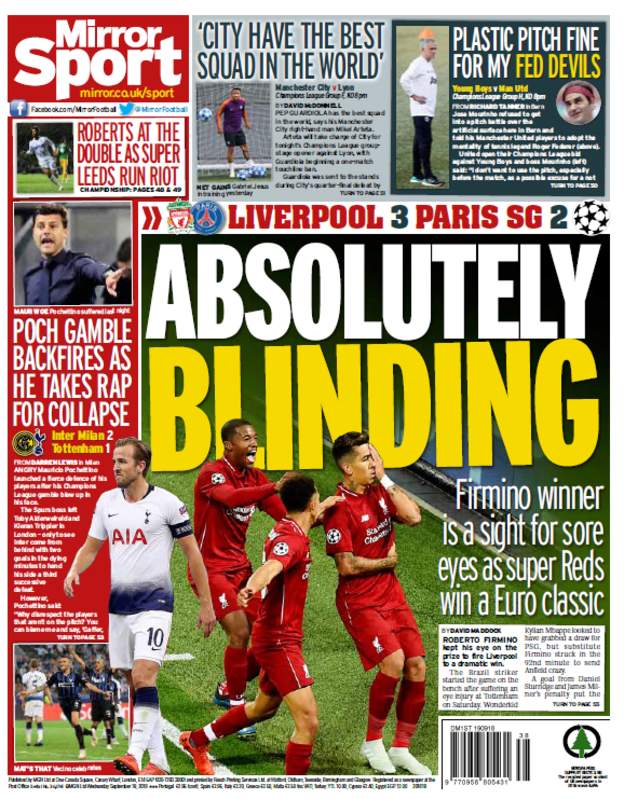 Liverpool face Southampton at Anfield on Saturday as they look to win their seventh consecutive fixture of the season.