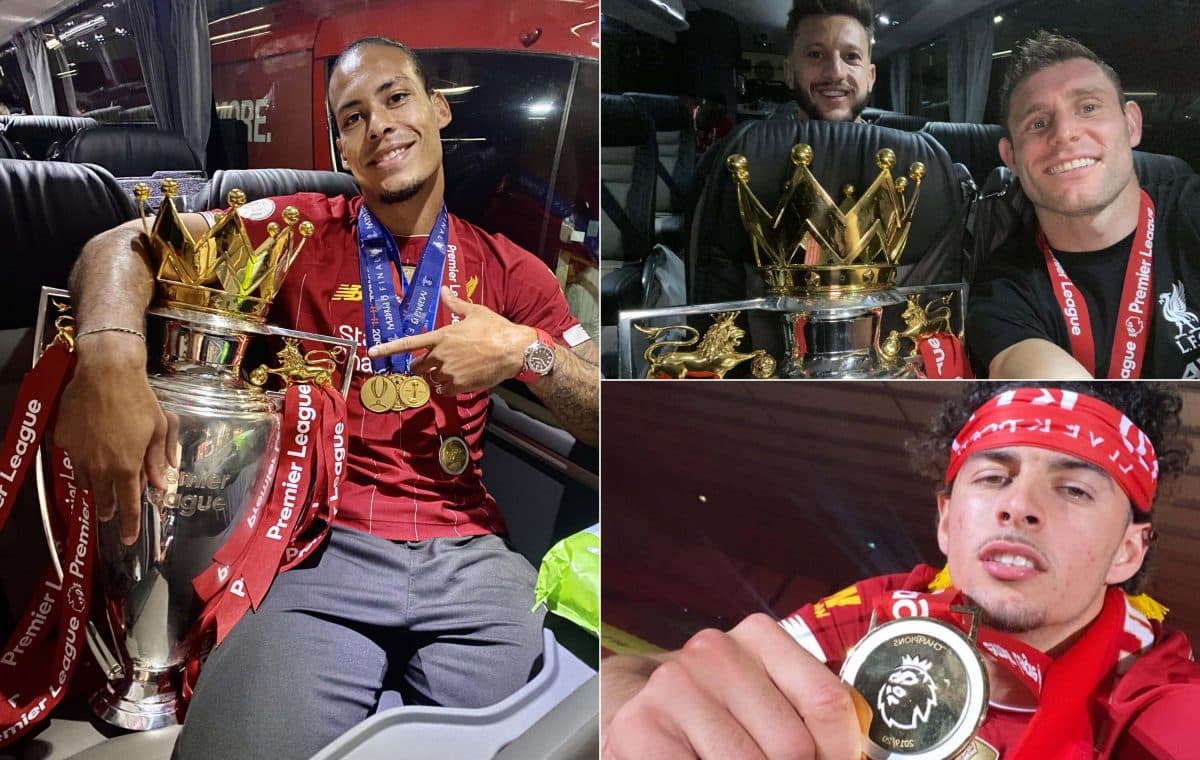 The best tweets and reaction from the Liverpool squad as the Reds lifted the Premier League trophy on Wednesday night.

Liverpool clinched the league title with seven games to spare but were made to wait until their last home game of the season to lift the trophy.

It's been a remarkable season for Jurgen Klopp's side, having added the Premier League, UEFA Super Cup and Club World Cup to their Champions League triumph last year.

Scroll down for some of the best tweets from the Reds squad so far as they finally got their hands on the trophy we've all been waiting for.

Note: You may need to wait a few seconds for this page to load fully.

Reds around the world, are you ready for this video?? WE FEEL YOU RIGHT HERE WITH US!! @premierleague CAMPEONES! 💪🏻🔴 #ADR13N pic.twitter.com/6nndZsFYmk

It feels fitting for the 96 at Hillsborough we’re lifting this trophy on 96 points. This is for you. #CHAM19ONS pic.twitter.com/nMvKDBXH0c

Serial winners because of you, reds! 💪🏻🔴 pic.twitter.com/dYygCuwpWG

What dreams are made of !!!🙏🏻🙌🏻🏆 @premierleague @LFC pic.twitter.com/Fmc8jElcWZ

30 years in the making. 🏆 pic.twitter.com/iO4ZTWRv7R

The wait is finally over, 30 long years!!! This is for our AMAZING fans❤️❤️❤️enjoy your night red and stay safe #LFC pic.twitter.com/IFdVlNnC0e

Saved the seat for an old friend 🏆 #LFCchampions #YNWA pic.twitter.com/tokQFebod4

My left back, my mate. pic.twitter.com/g6r9NJr84v

What a team, what a club, what a city... What dreams are made of 🔴🏆 pic.twitter.com/hb5HSy18lc