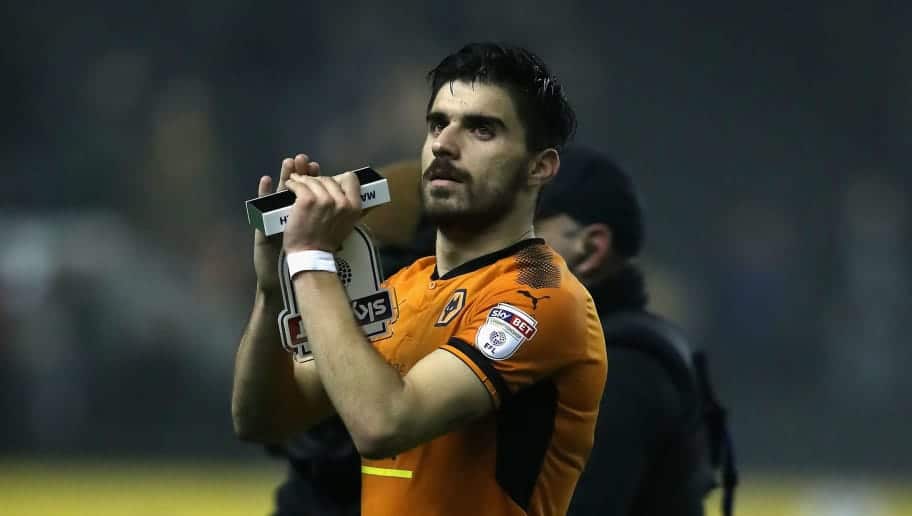 Wolves midfielder Ruben Neves says he is looking forward to playing for the club next season, despite being linked with a summer move to Liverpool.

The midfielder was a shock signing for Wolves last summer when he made a £15.8million move from Porto.

The highly rated 21-year-old has been instrumental for Wolves this season as they secured Premier League football for next season by winning the Championship title.

Liverpool have been long-linked with Neves alongside a number of other clubs, including Manchester United and Manchester City.

However the Portuguese has put to bed speculation linking him with a move away as he says he is happy at Molineux and looking forward to playing for Wolves in the Premier League.

“I came here to help the club and the club has helped me as well,” Neves told Sky Sports News as the club won promotion.

“I think we achieved all our goals, as an individual and as a team. It is normal as big clubs see our work, not just me but all the boys, but I am really happy here.

“I want to stay here and I want to enjoy the Premier League with this fantastic club.”

Wolves had been long-expected to find it difficult to keep a hold of their rising star, however it appears - for now - that Neves is relishing the prospect of representing the club in the top-flight.

Liverpool have been linked with a whole host of other midfielders in recent weeks, with Napoli’s Jorginho, Norwich’s James Maddison and Dortmund’s Christian Pulisic all reported targets of Jurgen Klopp.

Reports from France on Sunday also indicated the Reds had agreed a deal for Lyon’s Nabil Fekir and were looking at Barcelona’s Ousmane Dembele - however the source of the claims are yet to be verified.

“During the game we agreed a deal?! I would be surprised about that to be honest!” Klopp told reporters about the Reds’ reported interest following Liverpool’s 1-0 loss at Stamford Bridge.