Jurgen Klopp spoke to reporters on Friday ahead of Liverpool's clash against Arsenal in the Premier League at Anfield.

The Reds return to Premier League action on Monday night as they take on Mikel Arteta's side just three days before the two sides meet again in the fourth round of the Carabao Cup.

Both sides will undoubtedly name stronger sides in the league, although some of Liverpool's fringe players staked their claim for a starting place after their 7-2 drubbing of Lincoln City in the third round.

It's set to be an intriguing evening at Anfield, with the Gunners having caused Liverpool a fair bit of bother over their last two meetings.

Klopp pinpointed what makes Arsenal so difficult to play against: "It’s the defensive structure, 100 per cent. They defend properly, I have to say.

"All the players are involved in their defending, they defend probably in a 5-4-1, which when you have quality players in the team is, for the other team, a pretty tricky situation.

"Then with the speed they have for the counter-attack, that can cause you some trouble. That’s the situation, it’s pretty simple.

"We played them now twice. In the [Community Shield] game it was an open game and we were unlucky in moments and stuff like this, all that is clear.

"In the league game I think we helped them slightly [be] on their toes because that night we presented the goals on a plate, if that makes sense in English, or we made presents. 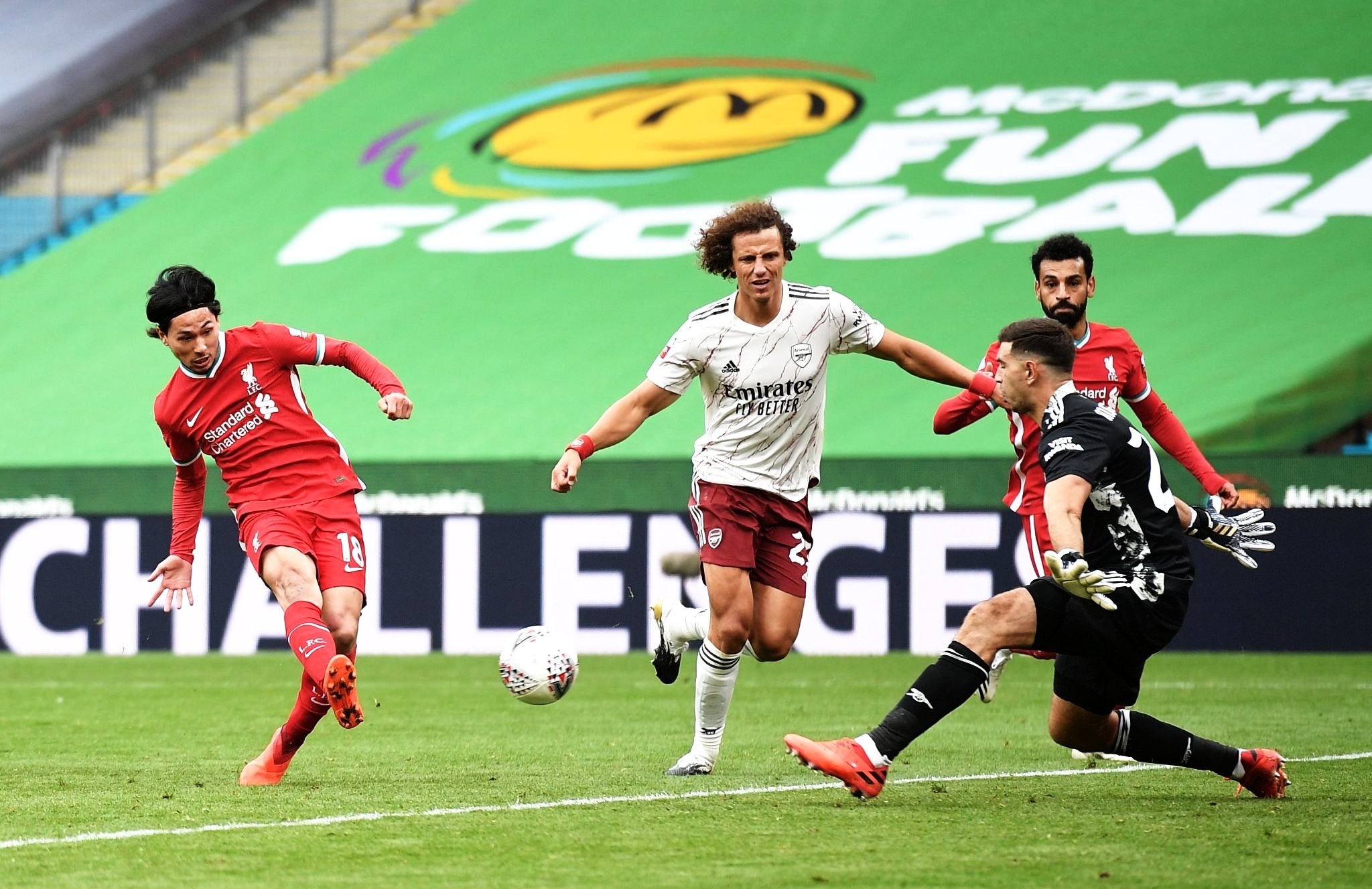 "I think that was one of the few games where in moments we dropped concentration; it was late last season and Arsenal were really waiting for these kind of things.

"That game, we were really good apart from two or three moments; they scored, we didn’t score often enough and that’s why we lost the game, but it was actually a good game.

"And that night, I think we could have won but we didn’t and we accept that obviously. I can say a lot of positive things about Arsenal, because it’s true, but I think we still have a chance on Monday night."

With Henderson still injured and Fabinho likely to feature alongside Virgil van Dijk at the back, new signing Thiago could make his full Reds debut after making an impressive substitute appearance last weekend.

“We will see, we will see,” Klopp said on the prospect of the Spaniard starting.

“We have a few days to train, some boys have to recover from last night, so we will see how we set up against Arsenal.

“I have an idea, but why should I make the decision today, when we have time until Monday?