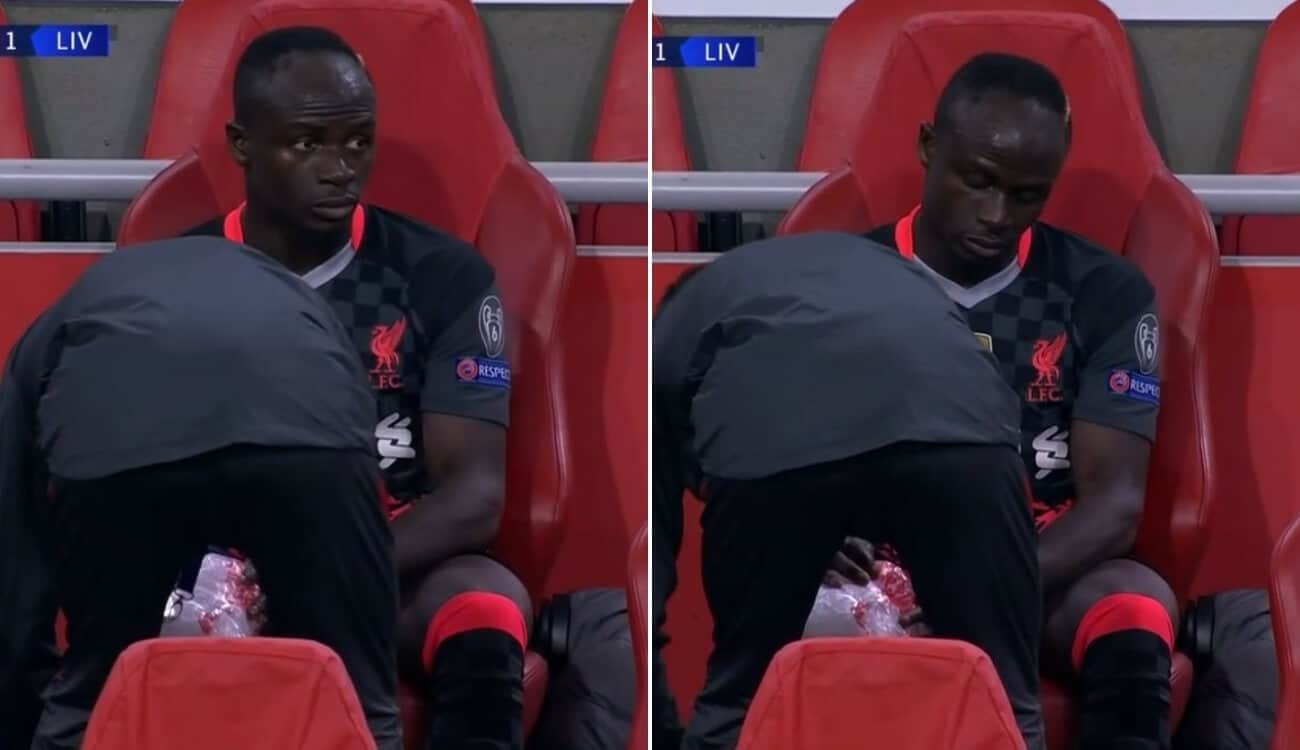 Jurgen Klopp confirmed Sadio Mane did not sustain an injury against Ajax during their 1-0 win on Wednesday night.

Liverpool supporters on social media reacted to Mane receiving treatment on his right knee after being substituted against the Dutch giants.

The Reds winger came off alongside Mohamed Salah and Roberto Firmino as the Reds led 1-0 with half an hour to go.

While there were no suggestions of an injury for the trio, Mane quietly made his way to the substitutes' bench before receiving treatment from the Reds backroom staff.

The forward was seen looking glum while icing his knee, which stirred worry among Liverpool supporters, who have already seen Virgil van Dijk ruled out for the season alongside injuries to Thiago and Joel Matip this week.

Speaking after the game, Klopp insisted there's no lasting damage for Mane, who has been struggling with a dead leg over the last two weeks.

“Sadio has still for a few days had a dead leg,” Klopp said. “He deals with it in that area, that’s the only thing.

“It is still painful but it’s not a problem. When he doesn’t play, he puts ice on it. That’s it.”

Here's how Liverpool supporters reacted prior to Klopp's comments...

Mane has ice wrapped around his right leg. #LFC could do without another injury.

Mane getting iced up. pic.twitter.com/ritUjWPfkq

If you think I’m about to let a bit of ice on Mane’s leg worry me for the rest of the night .. you’re absolutely correct

Hoping Mane is ok. Ice pack on his knee 🤦‍♂️

UHM MANÉ BETTER NOT BE INJURED, I SAW THAT ICE ON THE KNEE PLS DONT

Mane with ice straight on his leg pic.twitter.com/zxd1pnoJ8y

mané with ice on his knee i cba please be okay

Mané having ice put on his leg God help us 🙃🙃🙃🙃

Seriously can't be fucked with Mane getting an injury aswell.

Ugh should we be concerned they’re taping ice to Mane’s leg? Spare us injury gods.