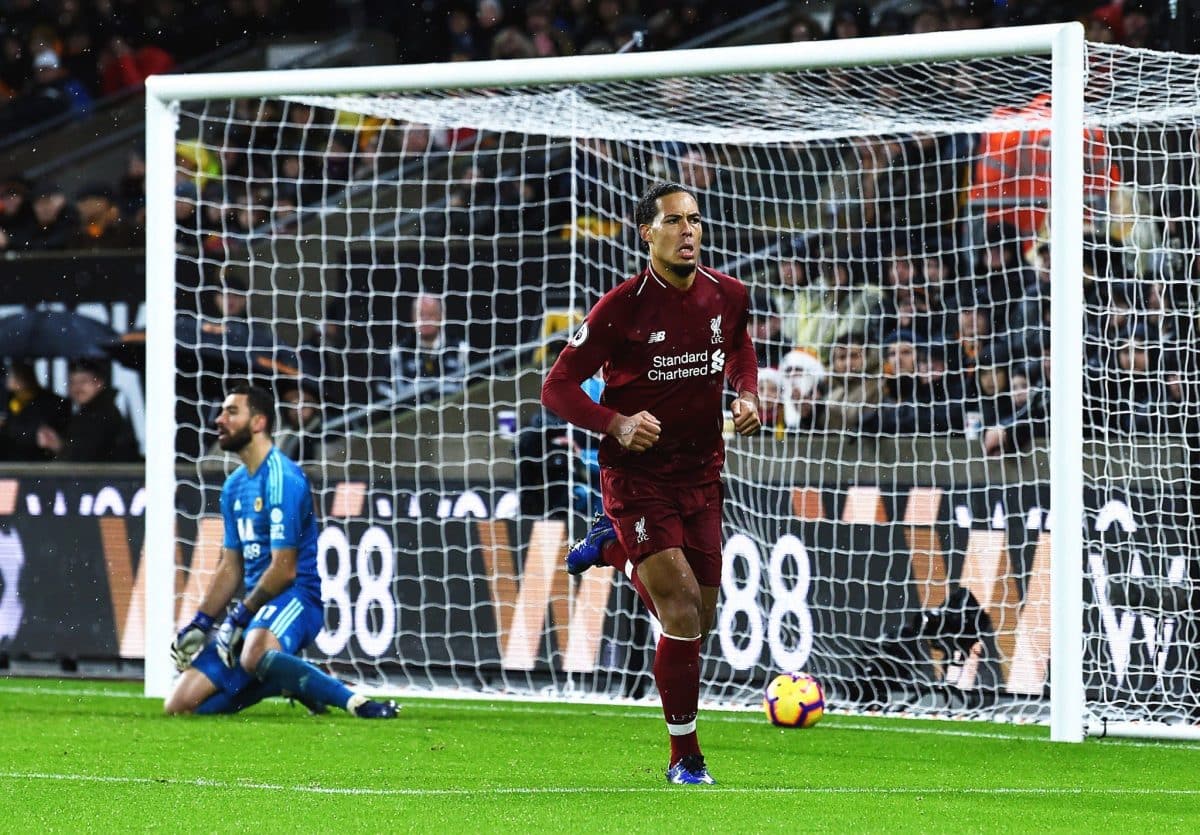 All the highlights of Liverpool‘s 2-0 victory over Wolves at Molineux Stadium as the Reds retained top spot in the Premier League.

With Manchester City not in action till Saturday afternoon, Friday’s fixture against Wolves was the perfect opportunity to put the onus on Pep Guardiola’s side.

Jordan Henderson and James Milner came in to replace Gini Wijnaldum and Nathaniel Clyne as the only two changes from Sunday’s 3-1 win over Man United.

The Reds took the lead inside the opening 20 minutes in superb fashion as Fabinho’s interplay with Sadio Mane saw the Brazilian drive into the box and pull back for Mohamed Salah, who made no mistake with a cute finish in to the back of the net.

The advantage was doubled in the 68th minute as Virgil van Dijk got on the end of Salah’s lofted ball in to the box. The Dutchman’s goal was his first since his Liverpool debut against Everton at the start of the year.

Liverpool are now on 48 points and remain the only unbeaten side in the Premier League. They will spend Christmas on top with fixtures against Newcastle and Arsenal to come before the end of December.

Then comes the huge fixture at the Etihad as Jurgen Klopp’s side clash with City on January 3rd.

Watch all the highlights from Liverpool’s 2-0 win over Wolverhampton Wanderers below.