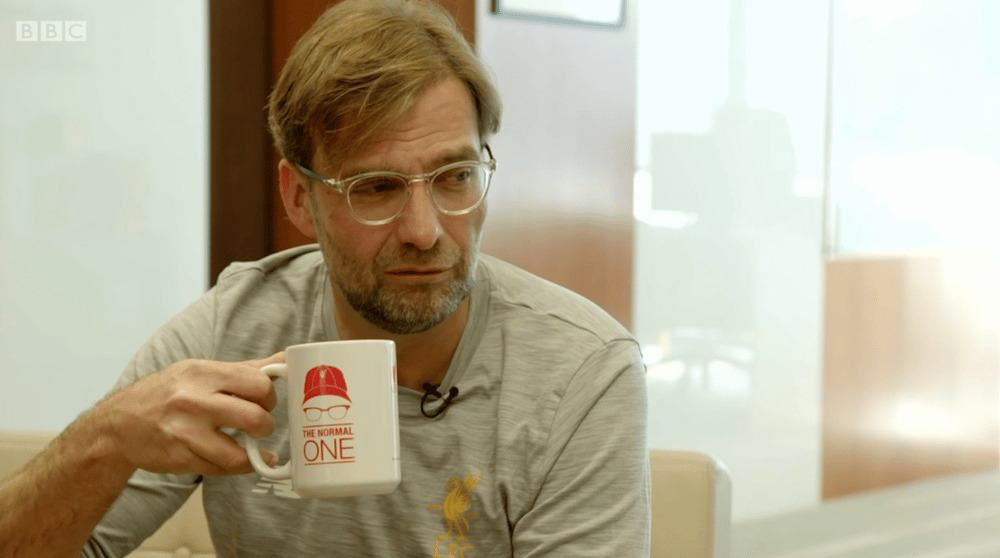 Liverpool manager Jurgen Klopp sat down with Gabby Logan to discuss his time at Anfield since joining the club in 2015, relaxing on the sofa at the Reds’ Melwood training base.

The Liverpool boss spoke on a wide range of subjects, including the pressure of being a manager at a club with such tradition and how he chooses to ignore the media hype that surrounds him.

Watch the full fascinating interview below.

Despite the German's love for the club, and the fans' love for him, he doesn't believe there is any chance he'll replicate what Sir Alex Ferguson managed at Manchester United.

"No, no way, no chance," said Klopp, when asked if he sees himself at the club for the next 20-plus years.

"I respect Arsene and Sir Alex a lot for what they did for football and stuff like this but the game changed a lot and especially these kind of things changed a lot.

"I think the first 15 years for these two guys was like a holiday in comparison to what they had in the last 15 years of their job.

"It's all social media and stuff - I don't read it - but it has influence from all sides, things that I don't really understand. I am 50 and feel young in all things in life, but I am too old for this.