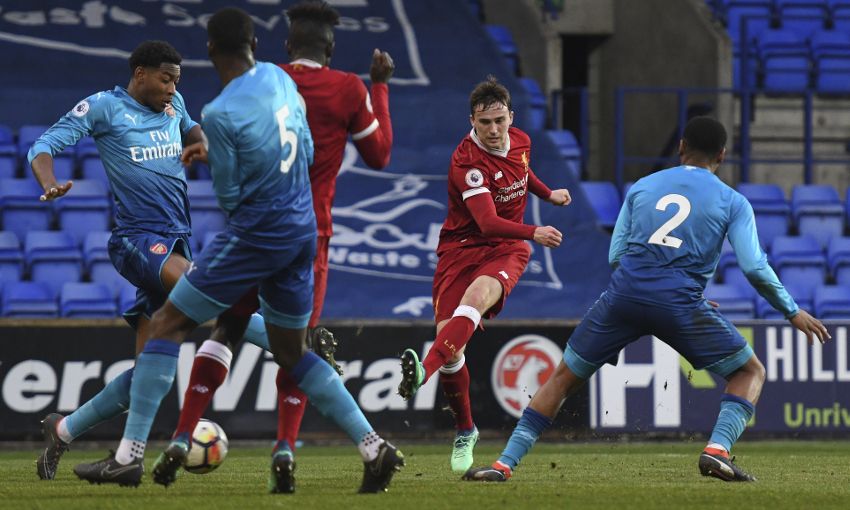 Liverpool U23 drew 1-1 with Arsenal's U23 side at Prenton Park on Friday, the Reds conceded in injury time after Tony Gallacher scored his maiden goal to put his side ahead.

In a cagey and tense fixture, Liverpool U23's breakthrough came from an unlikely source.

It looked like left-back Tony Gallacher had settled a scrappy affair when he scored his first ever Liverpool goal shortly after the hour mark to put the Reds in front.

Yan Dhanda's intelligent break and run in towards the area allowed Gallacher to attack space in the left channel and his first-time drive from a clever pass flew past the goalkeeper and inside the right post.

Arsenal substitute Folarin Balogun forced in a leveller at the second attempt - despite goalkeeper Caoimhin Kelleher’s best efforts - to earn his side a point.

With just two games remaining in the Premier League 2, this was a must-win fixture for Neil Critchley's young side.

However, Arsenal's late leveller means they remain two points behind Leicester City and the Gunners at the top of the table with two games still to play.