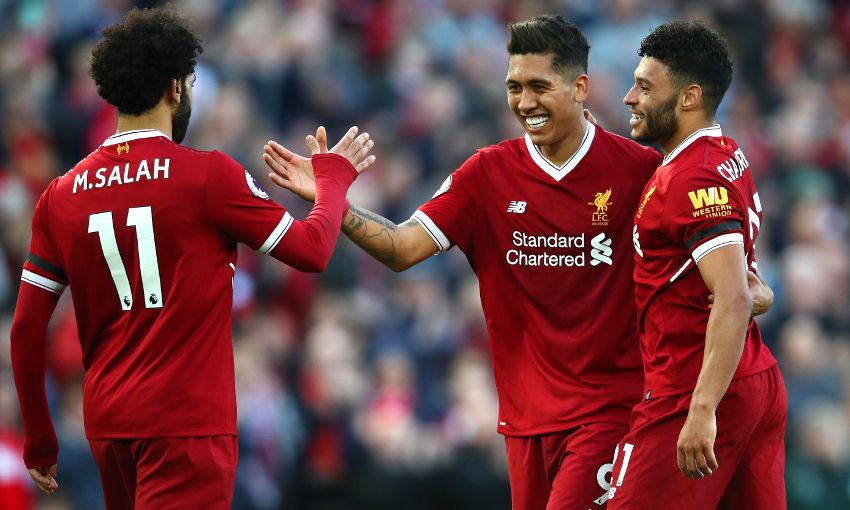 Liverpool cruised to a 3-0 victory against Bournemouth on Saturday as Sadio Mane, Mohamed Salah and Roberto Firmino scored for Jurgen Klopp's side.

Salah scored his 30th Premier League goal, with the Egyptian becoming just the eight player - and the first African - to reach such a landmark in the Premier League era.

The Reds were immediately on the front foot and their early pressure told within seven minutes when Mane notched his 17th goal of the campaign.

The Senegalese international finished at the second opportunity, after a simple rebound from his initial header from Jordan Henderson's cross had been pushed back into his path by Asmir Begovic.

The Cherries failed to offer an attacking threat in the first half - with lone striker Jermain Defoe having only three touches in the opening 45 minutes. However, Eddie Howe's side defended resiliently to reach the interval.

The second half was slow to start, with few clear-cut chances created by either side.

Salah felt aggrieved after being denied a penalty following a push in the back from Nathan Ake on 68 minutes, however was celebrating less than 60 seconds later after skilfully finishing Alexander-Arnold's superb cross over Begovic.

Firmino wasted a golden opportunity on 75 minutes after trying to check back onto his left foot when through one-on-one with Begovic. 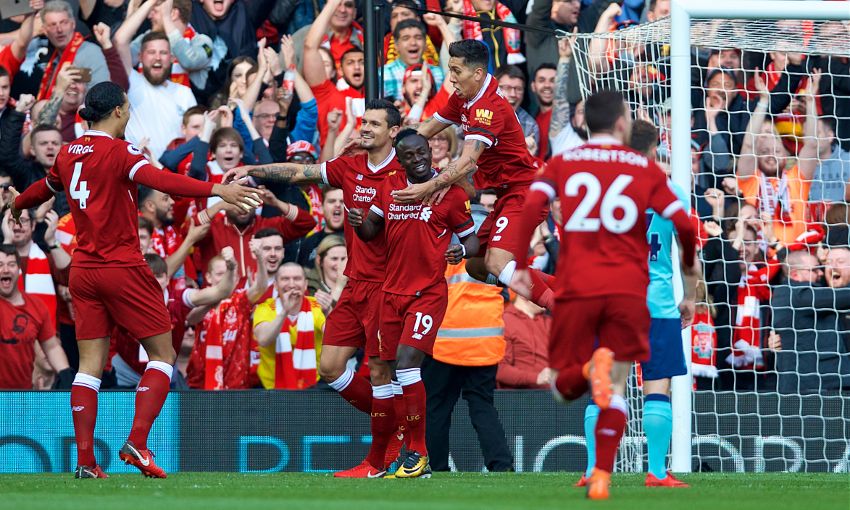 Loris Karius was finally called into action during the last ten minutes, when he reacted well to save from Dan Gosling, and the German goalkeeper was also beaten by a left-footed Callum Wilson shot which drifted wide of the post.

Firmino then added the shine on an otherwise comfortable victory as his 90th minute shot squeezed into the bottom corner from 15 yards out, following good work from Alex Oxlade-Chamberlain.

Klopp's side move to within one point of Manchester United in second, although their rivals hold a two-game advantage.