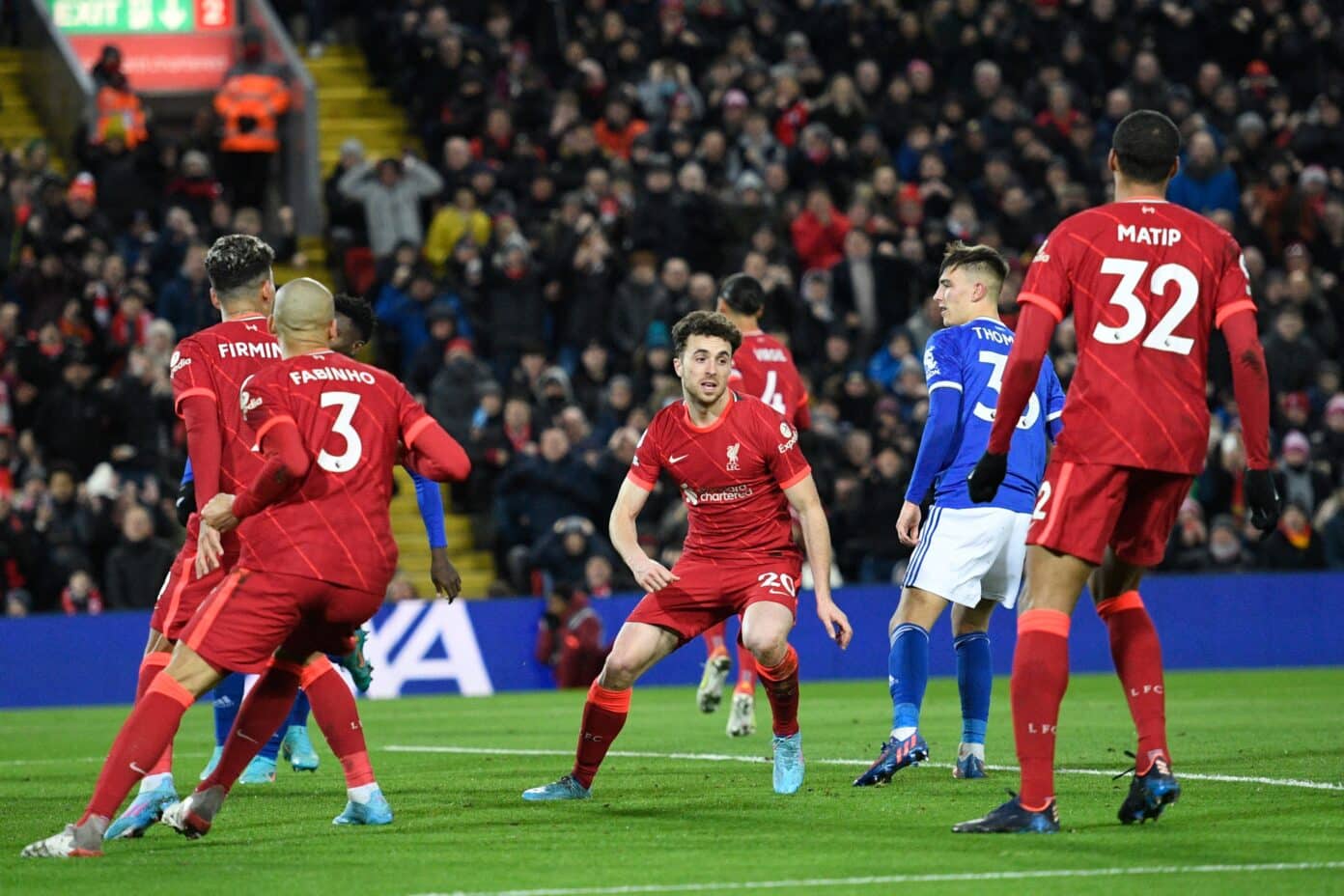 Liverpool vs Leicester highlights: Watch the goals and highlights as Diogo Jota scored twice to give the Reds a 2-0 win at Anfield.

Liverpool imposed their game on the visitors, despite a couple of unnerving counter-attacks, and they eventually found the breakthrough after the half-hour mark as Diogo Jota bagged his 16th goal this season.

Virgil van Dijk's powerful header from a Reds corner was parried by goalkeeper Kasper Schmeichel, with Jota alive to the situation and turning the ball into the back of the net from inside the six-yard box to make it 1-0.

The Reds dominated the ball as they looked for an opening to double their advantage, but Leicester were persistent in their defending as they tracked their runners and largely kept Jurgen Klopp's side at bay.

Liverpool began to cruise towards the latter stages of the second half following the introduction of Mohamed Salah and Harvey Elliott, with the former seeing two efforts saved by Schmeichel before hitting the crossbar with a curling strike from the edge of the box.

The Reds clinched all three points in the latter stages as Joel Matip's poke forward was run onto by Jota, who powerfully slotted the ball into the back of the net to hand the Reds a 2-0 victory.