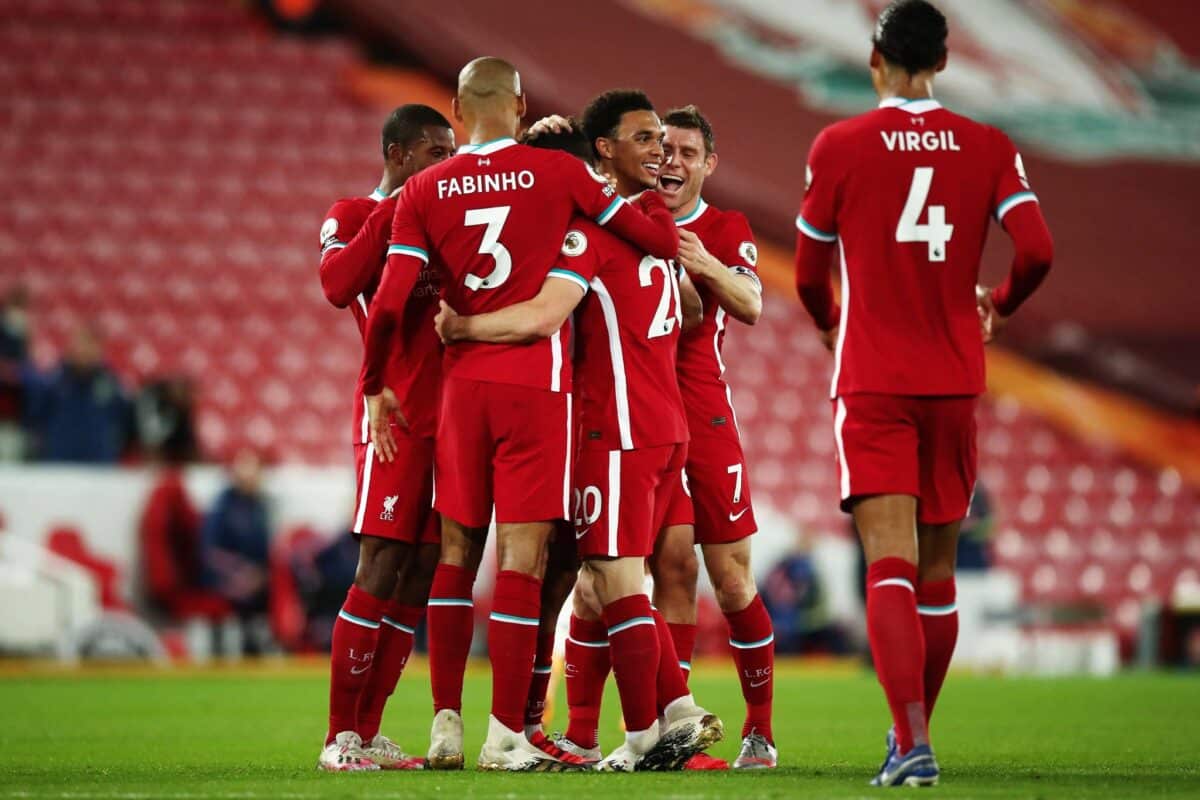 Watch all the goals and highlights as Liverpool beat Arsenal 3-1 in the Premier League on Monday night.

It was a typical Liverpool performance as Jurgen Klopp's side dominated from the outset and pushed Arsenal back in the opening 25 minutes.

But an uncharacteristic mistake by Andy Robertson gifted a goal to Alexandre Lacazette against the run of play after the Frenchman crept behind to seize on his miscued clearance.

It took the Reds just three minutes to draw themselves level as Mohamed Salah's shot on goal was parried by Bernd Leno into the path of Sadio Mane, who tapped the ball home.

The champions took the lead not long after as Robertson made up for his error and tucked the ball past Leno after Trent Alexander-Arnold's cross.

Arsenal had a couple of chances to equalise in the second half but the Reds remained in control for much of the game as they dictated the rhythm in the middle of the park.

There was a late icing on the cake for Liverpool as substitute Diogo Jota scored from the edge of the box on his home debut to seal a 3-1 win.

The two sides come together in a repeat of the fixture in the Carabao Cup on Thursday night, with rotation expected from both sides.

Disclaimer: Liverpool vs Arsenal highlights, goals and full match videos are provided and hosted by external sources. We help you discover publicly available material and act as a search engine. We do not host or upload this material and are not responsible for the content.