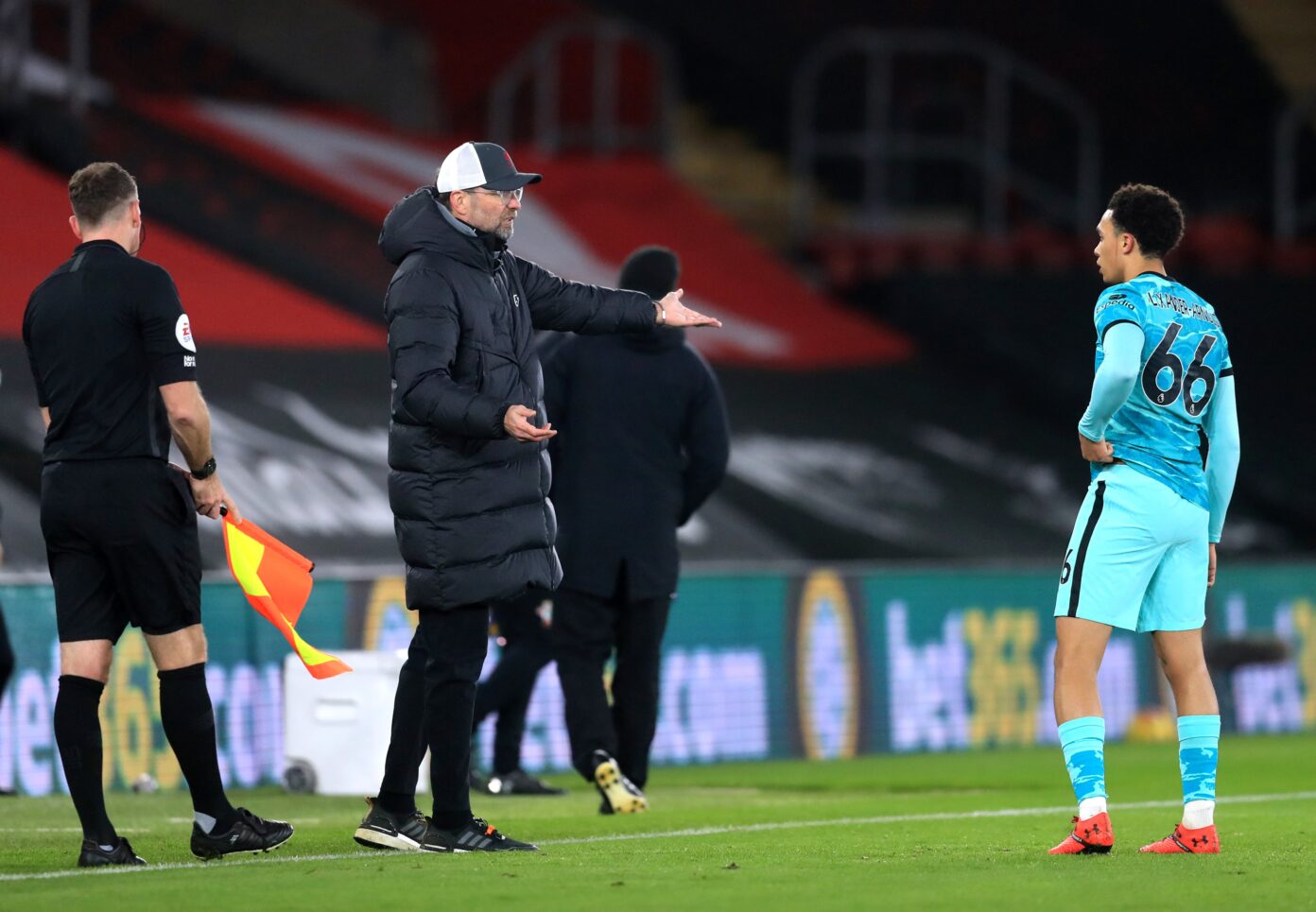 Former Liverpool striker Danny Ings netted for Southampton as the Reds started 2021 with a 1-0 defeat on Monday night.

It was another frustrating night for Jurgen Klopp's side, with the Saints nullifying Liverpool's threat and edging out 1-0 winners.

Ings' goal inside the opening two minutes was enough for the hosts against a blunt Reds attack, who had just one shot on target all game. 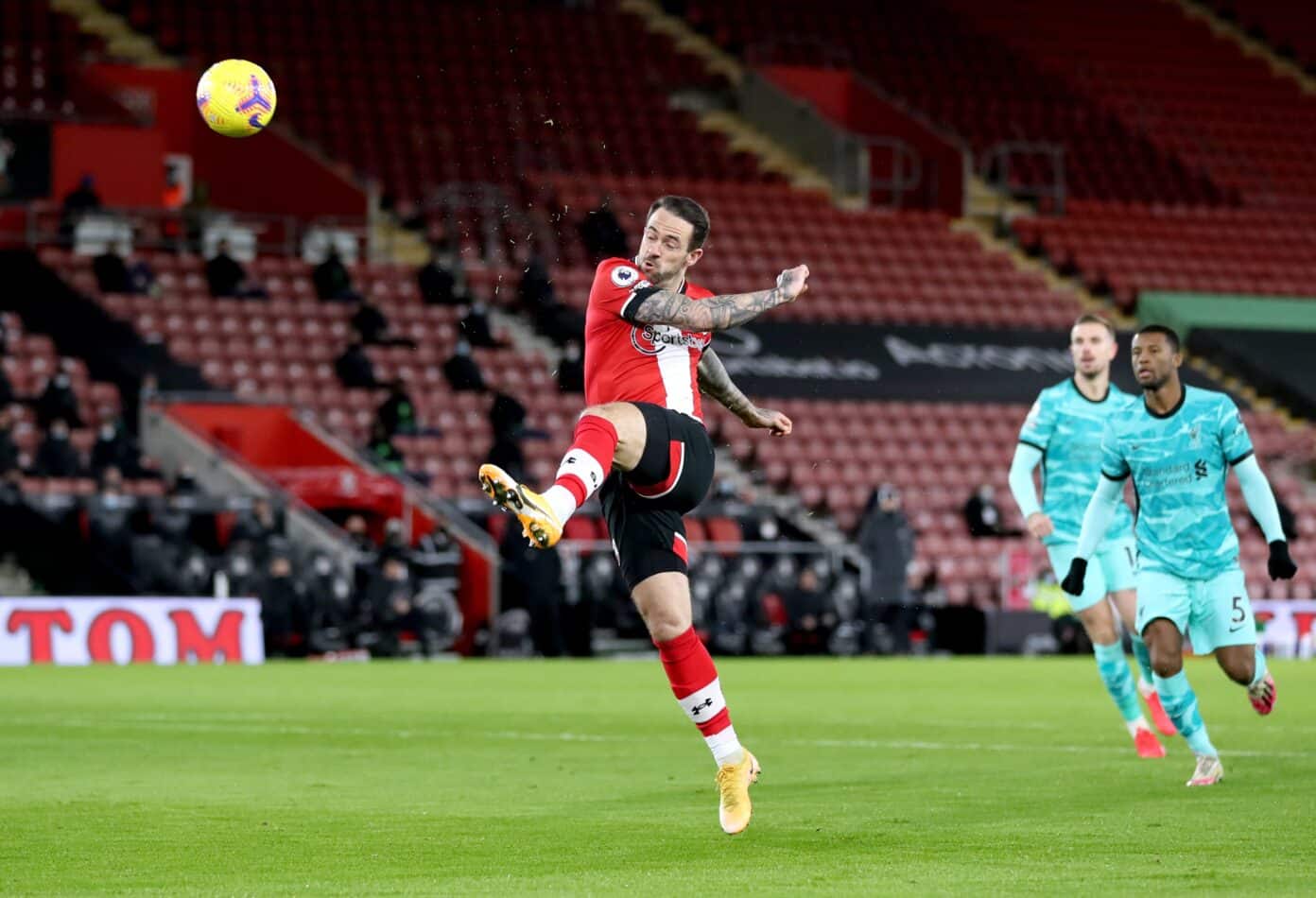 Thiago made his first start since mid-October, whilst Gini Wijnaldum and Alex Oxlade-Chamberlain returned to the side. Jordan Henderson partnered Fabinho in defence.

Liverpool found themselves behind less than two minutes in as familiar face Danny Ings converted from James Ward-Prowse’s quick free-kick with an excellent lob, leaving Alisson with no chance.

The Reds enjoyed the majority of possession but failed to create any clear-cut chances in response as they meandered on the ball and looked shaky when defending.

Ings continued to be a threat in behind, whilst Nathan Tella had an excellent chance to double the Saints lead but couldn’t find the finish past Alisson.

The Reds lacked tempo as the half wore on, with Southampton - buoyed by the early goal - steadfast in their shape and keeping the champions at bay. 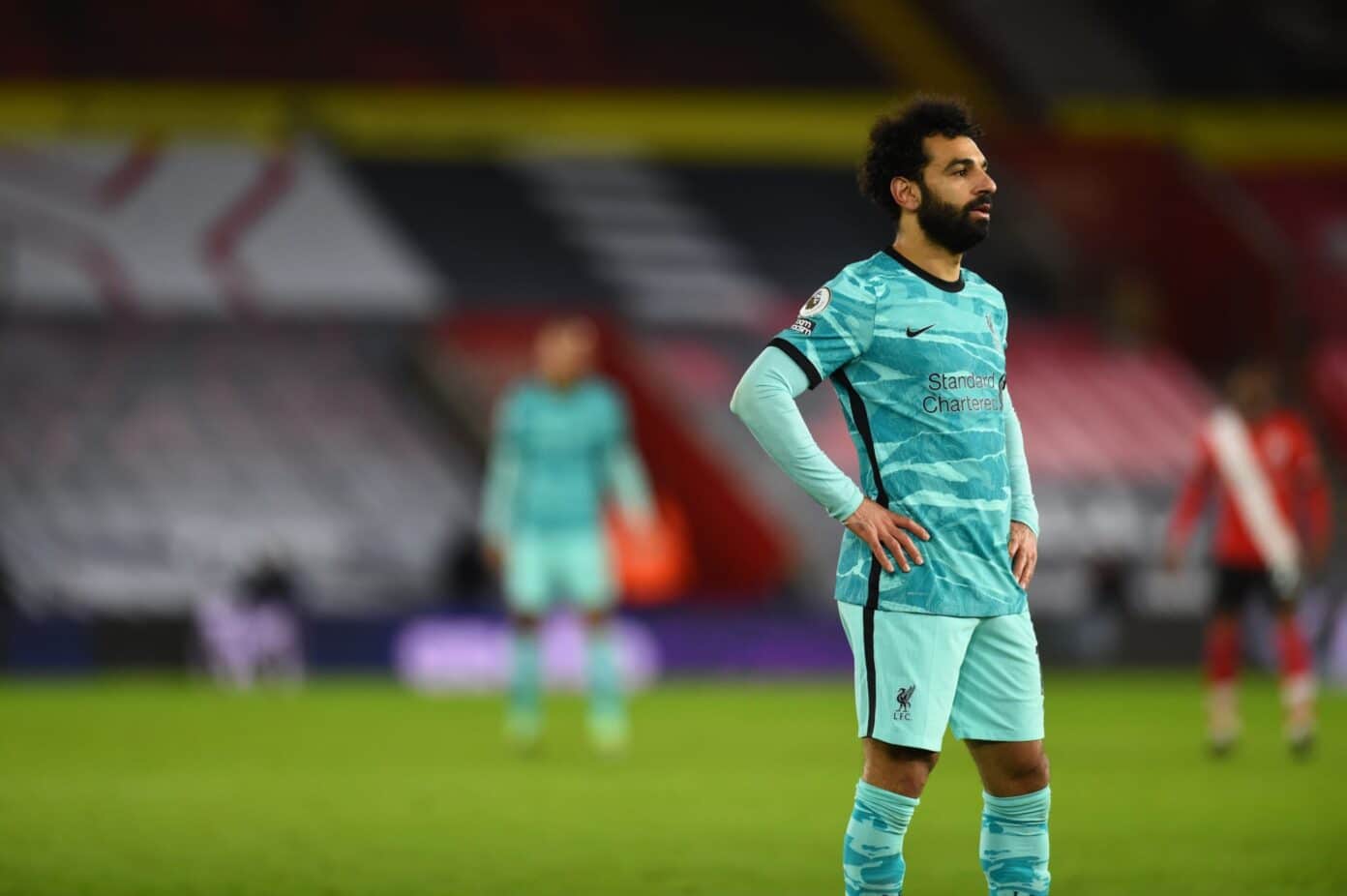 Liverpool should have got back on level terms just before half-time after Sadio Mane’s clipped cross from the left found Mohamed Salah. The Egyptian was unable to keep the ball on target, despite making good connection, as the Reds went into the break 1-0 behind.

Liverpool had it all to do in the second half and they came out with much greater intensity as they looked for an early goal to get back in it.

Klopp isn't best-known for his early substitutions but the boss mixed things up as Xherdan Shaqiri replaced Alex Oxlade-Chamberlain in midfield a little over ten minutes after the break.

But chances remained far and few between as the Reds struggled to open up the hosts' defence, much like their previous two games against West Brom and Newcastle.

Liverpool finally managed a shot on target in the 75th minute as Mane made space inside the box and got a shot off. However, the goalkeeper had a comfortable save to make, with the Reds forward scuffing his effort.

With the clock ticking, Alisson came up for a Reds corner in added time, with Mane getting on the end of it with a powerful header. But the ball soared over the crossbar as the Reds were defeated in their first game of the new year.

The result means Manchester United have the chance to usurp Liverpool at the top of the table, with the Reds' rivals level on points with a game in hand.

Leicester sit just one point behind both sides, with Liverpool being drawn back into a competitive title race after three disappointing defeats on the bounce.